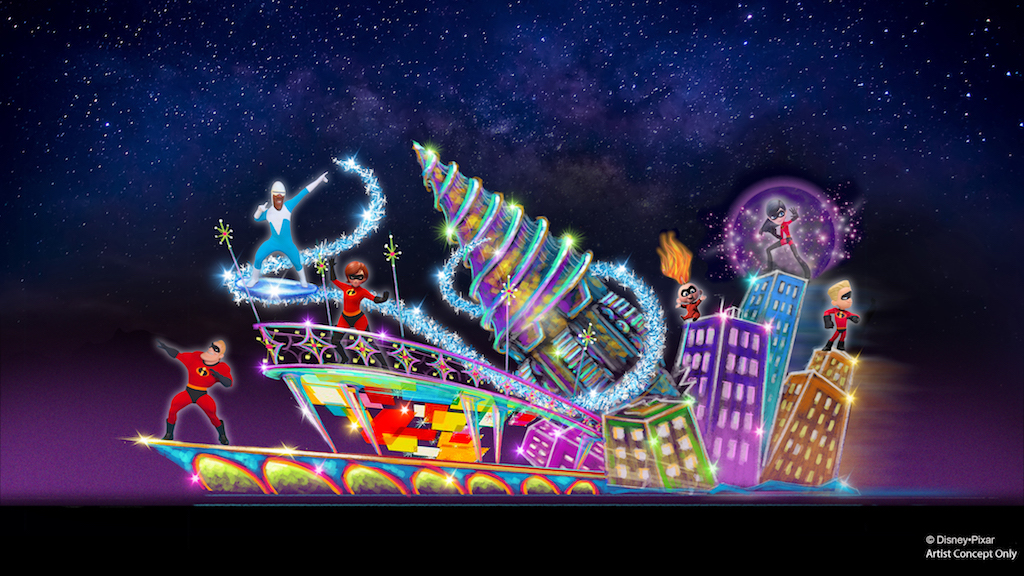 UPDATE 6-22-2018: The Incredibles float debuted for technical rehearsals on June 21st and will be ready for the premier on June 23rd for the public. The float will be added to the current Paint the Night Parade in Disney California Adventure. The float will be between the Disney princesses float and Mickey Mouse & Friends Finale. 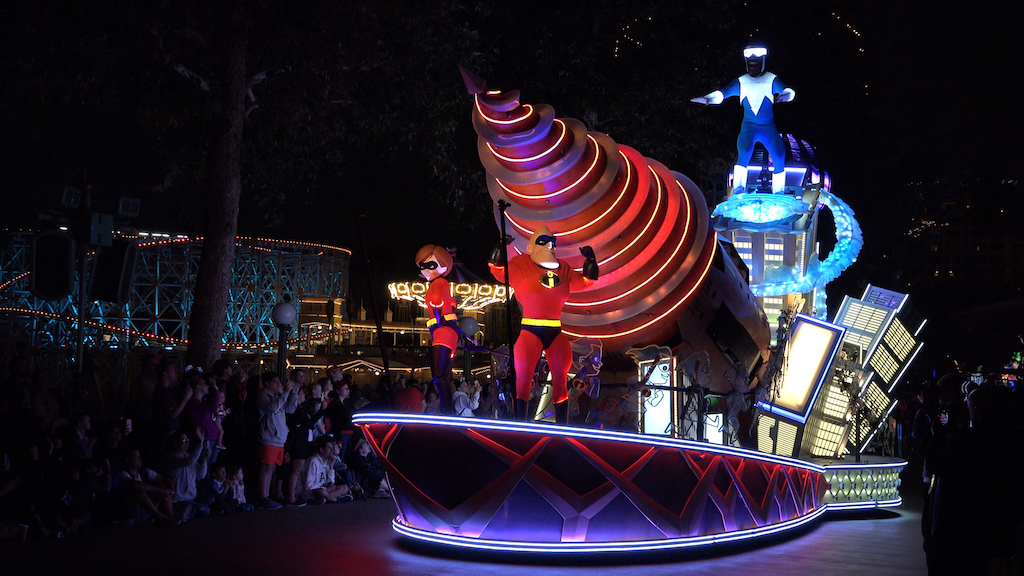 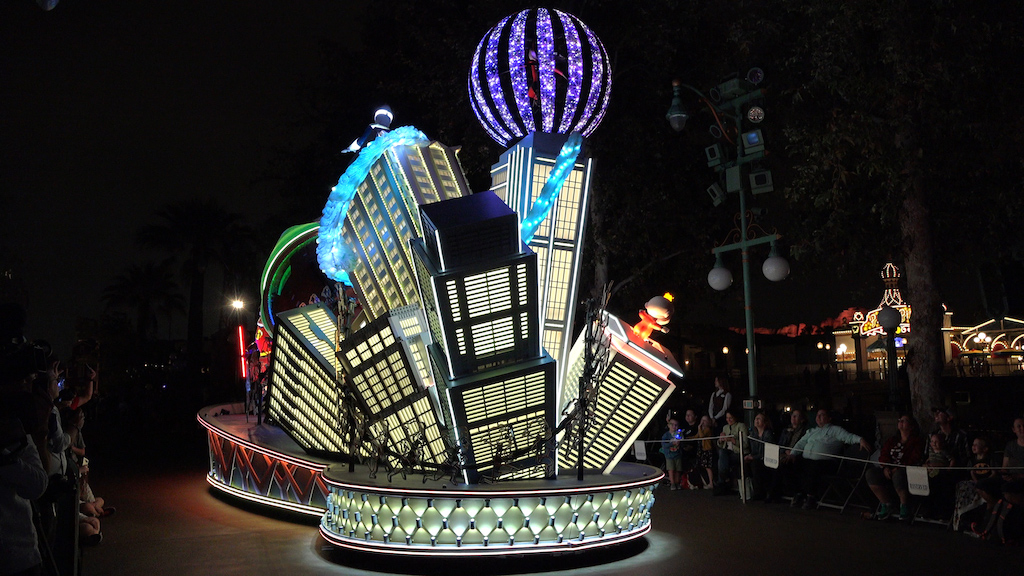 The Paint the Night parade at Disney California Adventure is about to get more incredible with an all new float. Just in time for Incredibles 2, in theaters June 15, a new float inspired by Disney•Pixar’s The Incredibles and Incredibles 2 will be added to the current Paint the Night Parade. Guests can watch the Parr family and their friend Frozone as they take on their latest threat, The Underminer, in this dynamic, high-tech, colorful new float. Let’s give some details on how impressive this float really is: This 11-foot-wide, 18-foot-tall, and 30-foot-long float will have 13 buildings that are created with 123 individual LED panels, with only two being the same shape and size — Frozone will be 12 feet off the ground fighting off the supervillain on his ice trail.

Parade-goers can follow Dash as he races around the float using his super-human speed with 64 individually-lit frames. Guests need to keep their eyes peeled for Jack-Jack coming in and out of four different locations on the float where he uses his super powers.

Violet encloses herself in a force field with the largest custom-built globe ever to be installed on a Disney parade float.

Let’s not forget Mr. and Mrs. Incredible battling The Underminer. Thanks to fashion designer Edna Mode, their super suits (along with Frozone’s suit) are lit up with about 100 sheets of flexible miniature LEDs marking the first time these light-up suits will be worn by a Disney or Pixar character. The suits were hand built and are wired to be fully programmable to be in sync with the light and music of the float.

The official release date of the new float has yet to be announced.