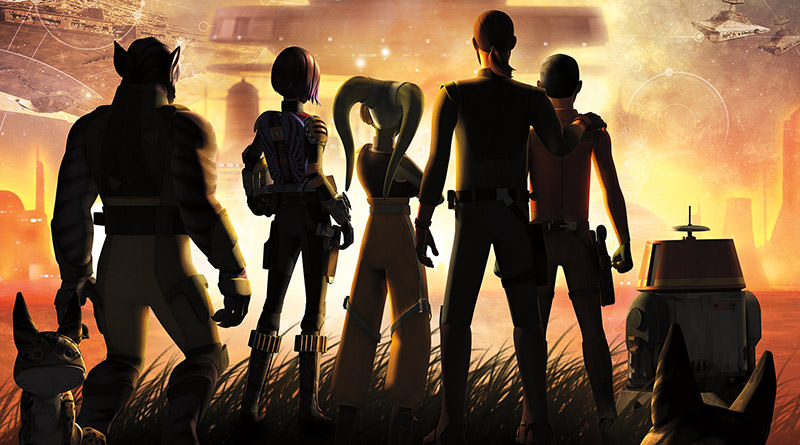 2018 has been an exciting year for fans of Star Wars animated shows. Just recently at San Diego Comic-Con, it was announced that Star Wars: The Clone Wars would be revived for Disney’s upcoming streaming platform. This fills a big gap left with the conclusion of Star Wars Rebels, which had its final episode back in March. The series may be over, but the action can still be enjoyed now from start to finish thanks to the release of Star Wars Rebels: The Complete Fourth Season on Blu-ray and DVD!

Want a chance to win Star Wars Rebels: The Complete Fourth Season on Blu-ray? Check out our post below from Twitter to see how you can bring home a free copy!

Interested in a FREE copy of #StarWarsRebels Season 4 on Blu-ray!? RT and Follow for your chance to win!https://t.co/5U0ZbMnhV3 pic.twitter.com/Dp5ZfPONIX

Season 4 of Star Wars Rebels is by far the standout of the series and truly makes you wish that it wasn’t ending so early into its run – but it’s better to have a great ending than none at all. The action and intensity in the fourth season doesn’t slow down at any point, and the writing and story arcs have gotten so much better that Star Wars Rebels feels cinematic and too cramped for the small screen at certain points. If you haven’t given the series a shot, what are you waiting for? Start at the beginning and trudge through some not-so-great moments to get to this epic finale and you’ll develop a true affinity for Ezra, Sabine, Hera, Kanan, Zeb, and Chopper.

Let’s take a look at the bonus features included on the Star Wars: The Complete Fourth Season to see if it might help with your purchasing decision.

If you already own Star Wars Rebels Seasons 1-3 on Blu-ray or DVD then you absolutely should pick up Season 4 to complete the collection, and it doesn’t hurt that it is the best season of the series. If you haven’t invested any time or energy in the show, I would still consider picking up this season as well as the rest and start playing catch up. It will most likely be available in its entirety on Disney’s upcoming streaming service, but that won’t happen until sometime in 2019. Episode IX also won’t release until 2019, so you have to find a way to fill your life with Star Wars. Maybe that involves reading the novels or rewatching the old films and The Clone Wars, but I highly suggest adding this series to your list.