Today at Star Wars Celebration during The Mandalorian panel, we learned some additional details about the first live-action Star Wars series that’s coming to Disney+ when it launches November 12, 2019.

Jon Favreau, the writer, creator, and showrunner, and executive producer Dave Filoni along with the actors portraying the main characters of the series took the stage and provided fans with details on their parts without giving too much away.

The 501st Legion is a group of Star Wars fans who are devoted to wearing the costumes of Stormtroopers, bounty hunters, and other Star Wars characters, and we learned today that they’ll be appearing in several episodes of the upcoming Disney+ series The Mandalorian.

“If you look throughout history, it’s fun at first, but it gets very complicated quickly. The idea of the world after The Return of the Jedi and what would happen and what sort of characters would survive, and what it was like until the new Republic took over,” Favreau explained. You have vestiges of the Empire. You have only the strong surviving. You have chaos taking over the galaxy.” 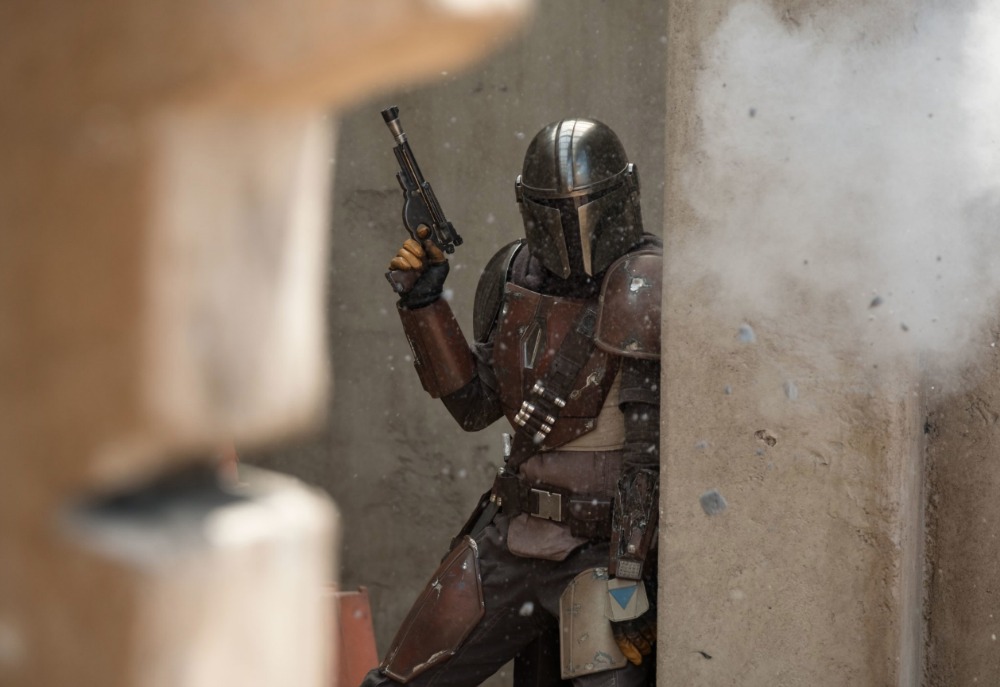 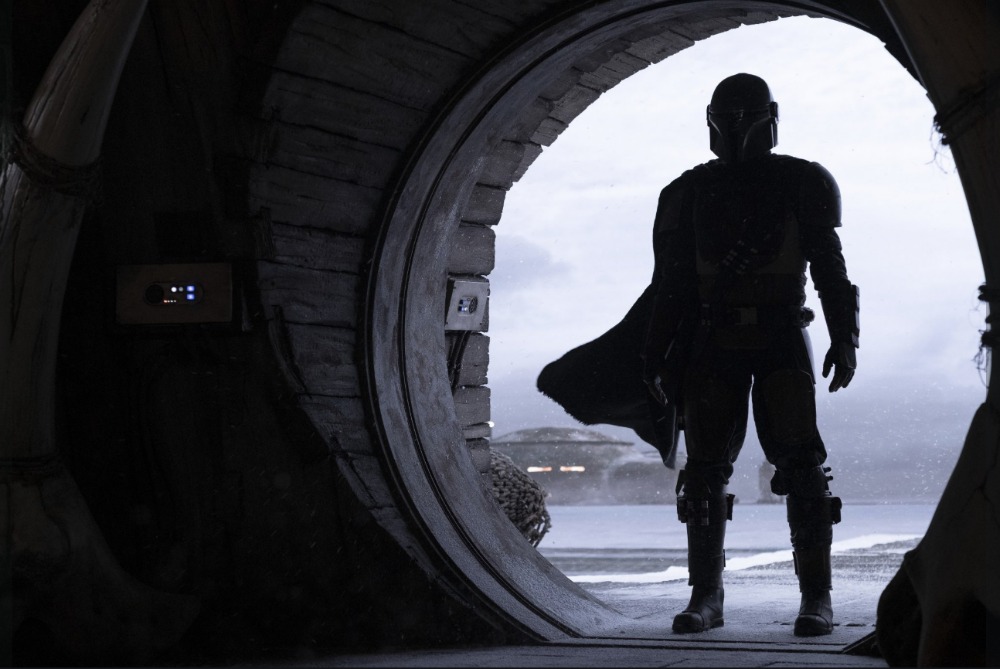 When asked about his role in the series, Pedro Pascal said, “The Mandalorian is a mysterious, lone gunfighter in the outer reaches of the galaxy. Some might say he has questionable moral character, which is in line with some of our best westerns, some good samurai. All the good stuff.” 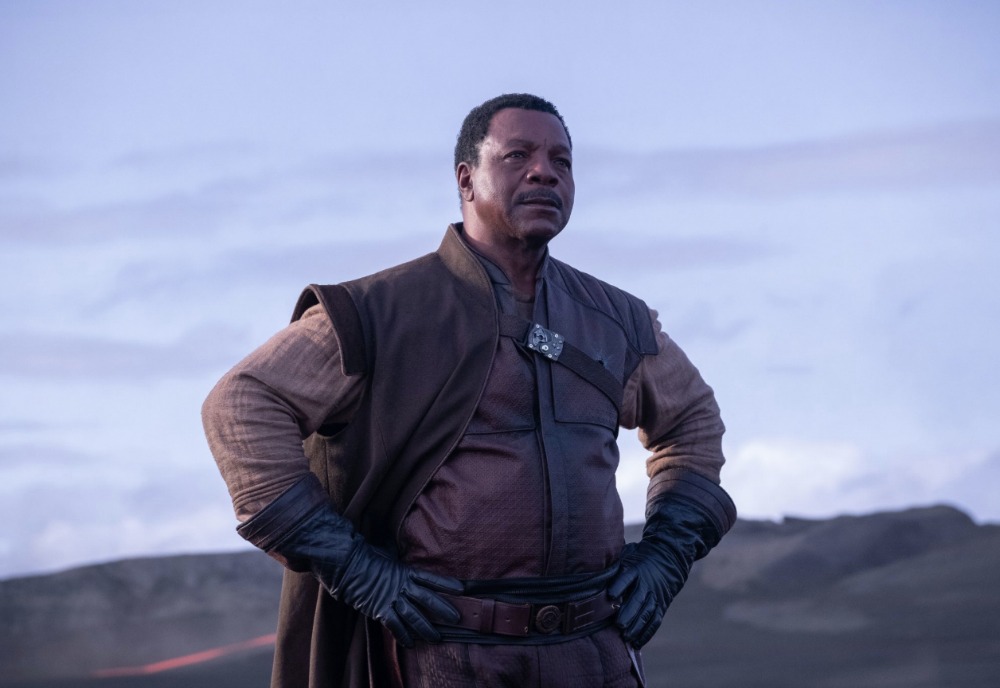 Carl Weathers portrays Grief Marga, the one who runs a group of bounty hunters. Weathers explained that “He’s looking for someone to go after a product that he wants to bring in to a client. It’s worth a lot, very valuable. Guess who he finds? He finds a bounty hunter named Mandalorian… he hires this guy, sends him out there, and Mando does what needs to be done.” 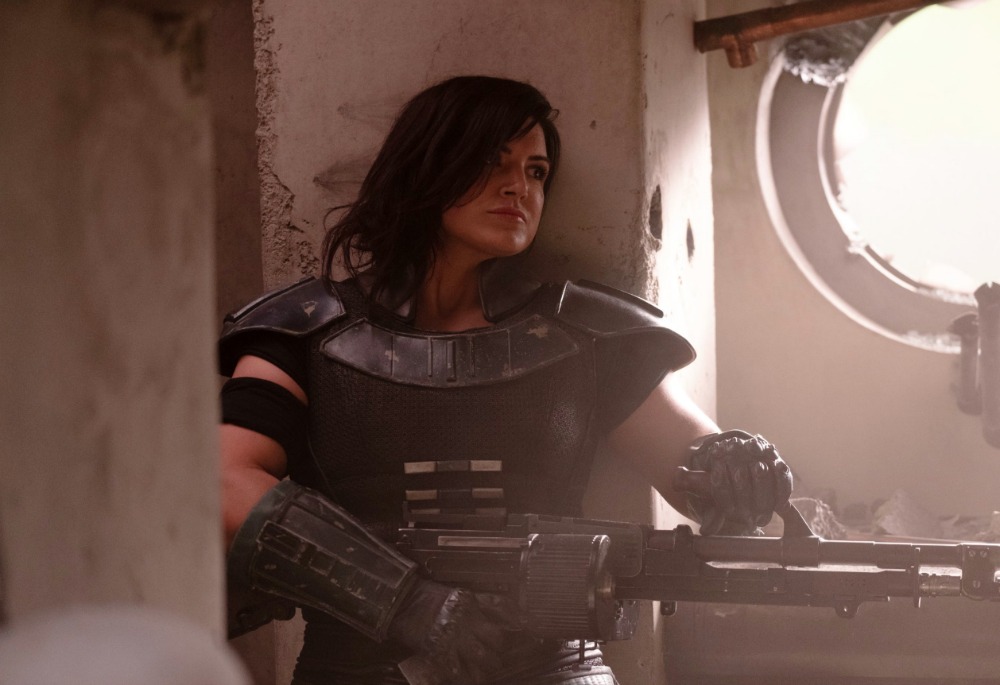 Gina Carano plays Kara Dune in the series and says her character is “a former Rebel shock-trooper.” She went on further to say, “I’m a bit of a loner, and I’m having a bit of trouble re-integrating myself into society.” Carano also explained that sometimes they would work 17-hours and were ready to do more because it “felt like magic.”

Lastly, we got a look at Razorcrest, Mandalorian’s ship. Old-fashioned models similar to those used in the making of the original Star Wars trilogy were used bringing a bit of old-school technology into the mix. Below are some screenshots of the footage shown during the panel with the team building the models using 3D printers and LEDs for the engine lights. 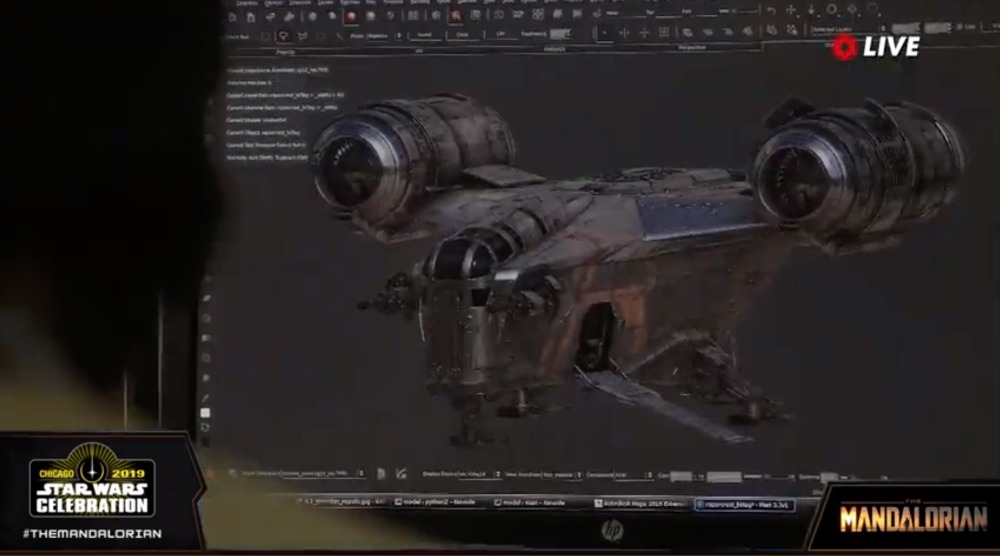 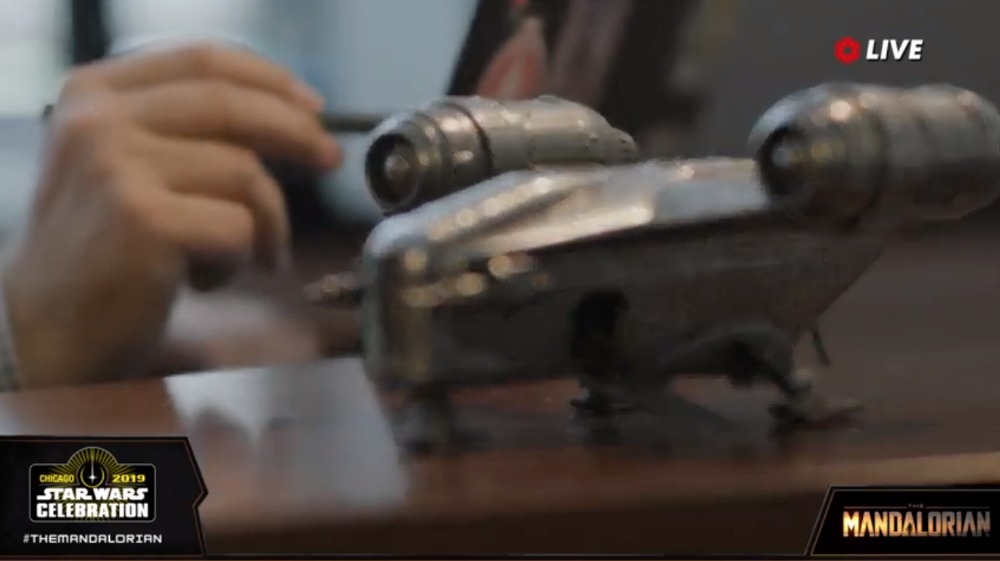 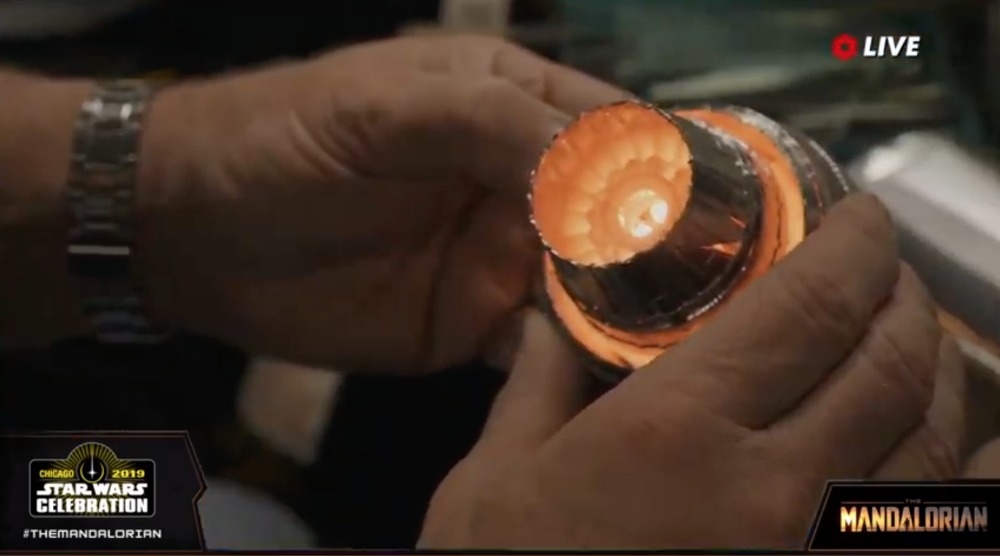 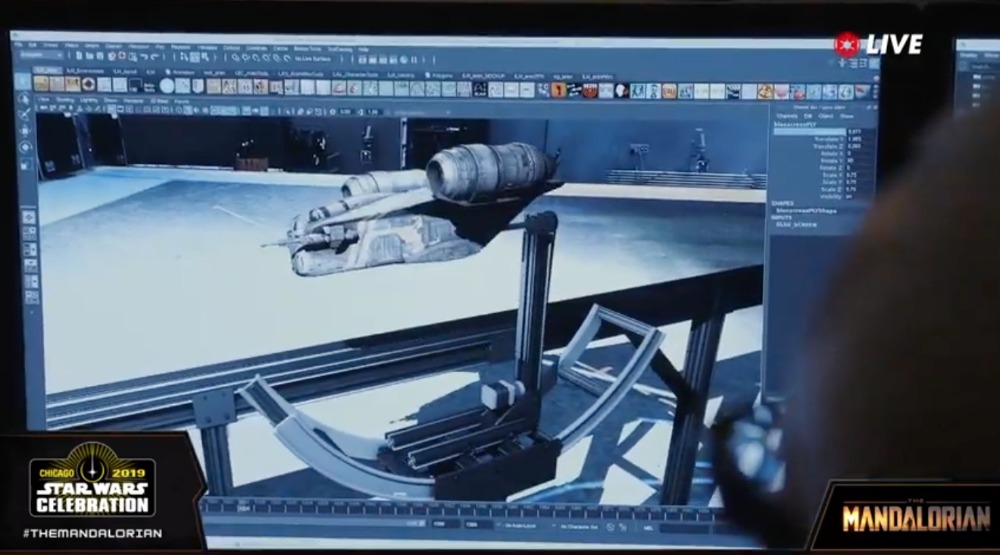 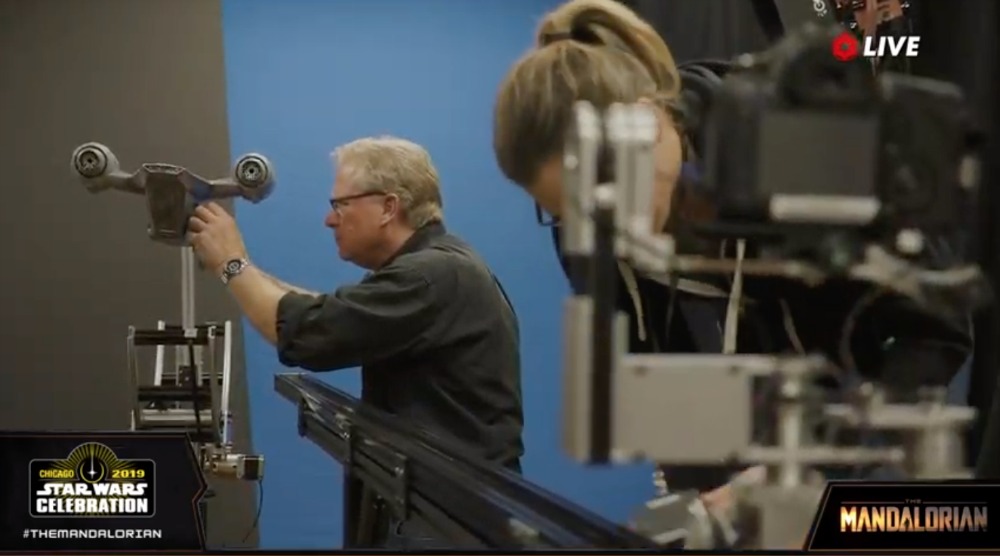 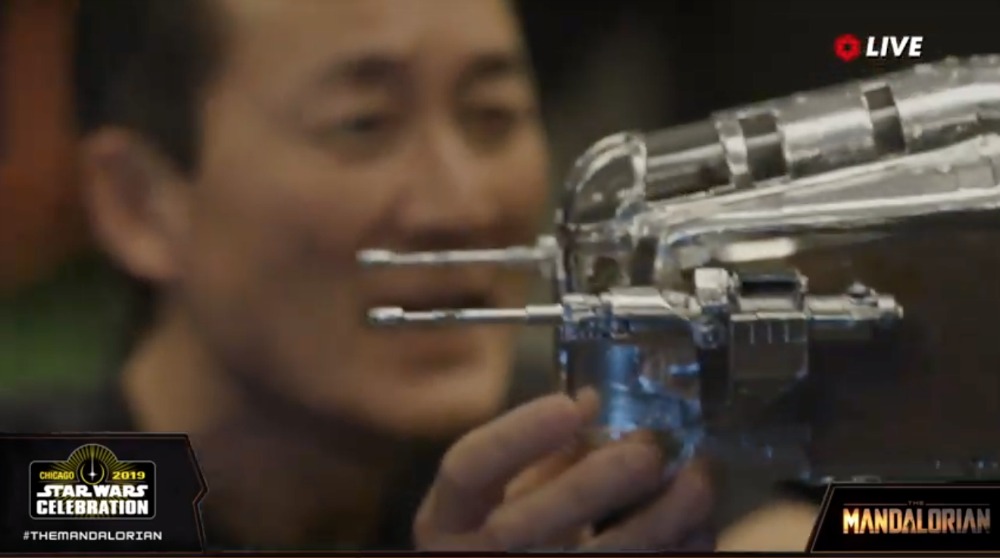 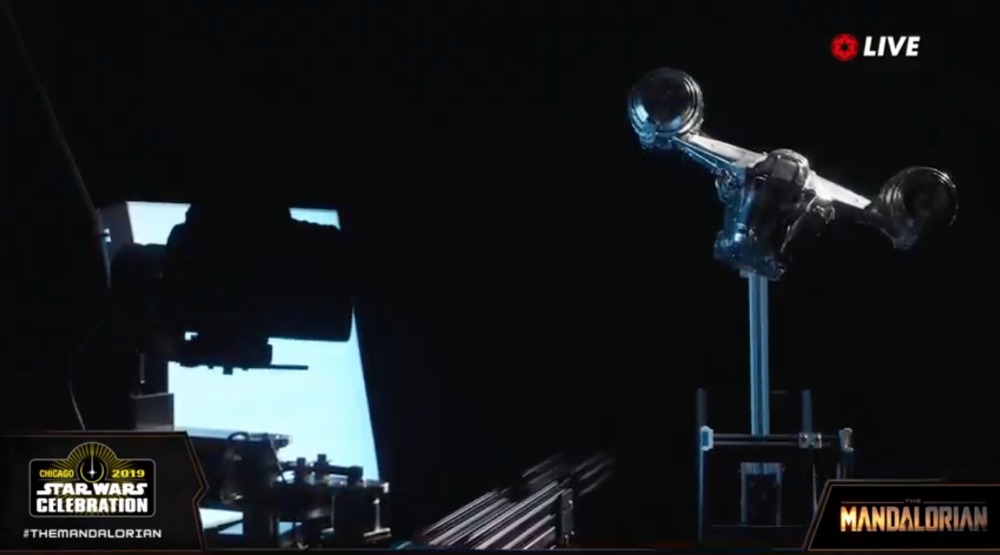