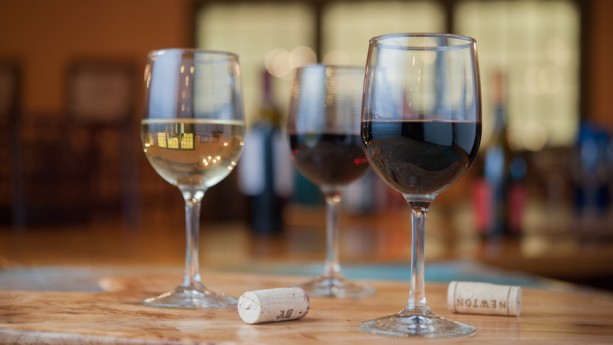 ShareTweetSubscribe
We're hearing this morning that several restaurants at Magic Kingdom Park will be adding alcoholic beverages to their lunch and dinner menus beginning next week. Be Our Guest Restaurant was the first dining location inside the Magic Kingdom to serve alcohol to guests when it opened its doors back in 2012. This may come as surprise to folks as Walt Disney did not allow alcohol to be served at any dining location inside Disneyland with the exception of Club 33, the exclusive, members-only restaurant located in New Orleans Square and Magic Kingdom followed suit until 2012. Walt said his biggest reason for keeping Disneyland [mostly] dry was “There was always a fear that people would drink to excess and become unruly.” Well, that is all about to change; here is a look at some of the additions coming: Tony’s Town Square Restaurant, the Italian restaurant close to the entrance of the park, will serve Italian wines and beers, including a Chianti Superiore that will pair well with their grilled pork chop with mushroom-bean pancetta ragu and marsala reduction. Liberty Tree Tavern will serve beer, cider and domestic wines to go with the American cuisine they serve. A New England lager is paired with the Patriot’s Platter. Jungle Navigation Co. Ltd. Skipper Canteen, the newest restaurant in Adventureland will beverages from around the world such as a riesling to pair with Trader Sam’s head-on shrimp. Cinderella’s Royal Table, inside Cinderella Castle, will serve champagne and sparkling wine. As you can see, the beverages have been carefully chosen to fit in with each of the restaurant's theme and cuisine. What are your thoughts on this upcoming change? Let us know in the comments below or join the discussion on DISboards.com! Source: Orlando Sentinel
ShareTweetSubscribe