At the Disney Parks, Experiences, and Products panel at the D23 Expo Imagineer Joe Rohde shared new details about Disney Cruise Line’s new private tropical destination Lighthouse Point on the island of Eleuthera. Joe Rohde is known for his work on Disney’s Animal Kingdom, Aulani a Disney Resort & Spa in Hawaii, and so much more!

The new private port of call will be inspired by local artists in the Bahamas. Joe Rodhe and his team want this to be an authentic experience, not one with pirates and fake Bahamian villages, but something that is inspired by the culture and natural beauty of the islands like he did with the creation of Aulani. 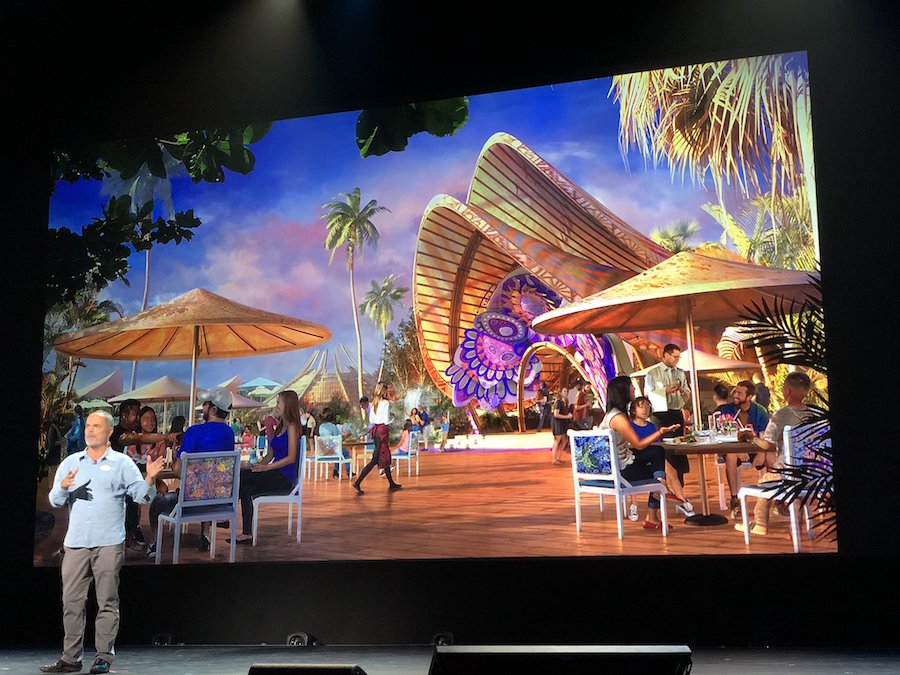 Disney is also making it very clear that this new tropical destination will only begin construction after “after an Environmental Impact Assessment and Environmental Management Plan are reviewed and accepted by the Government of The Bahamas and public consultation has occurred.”