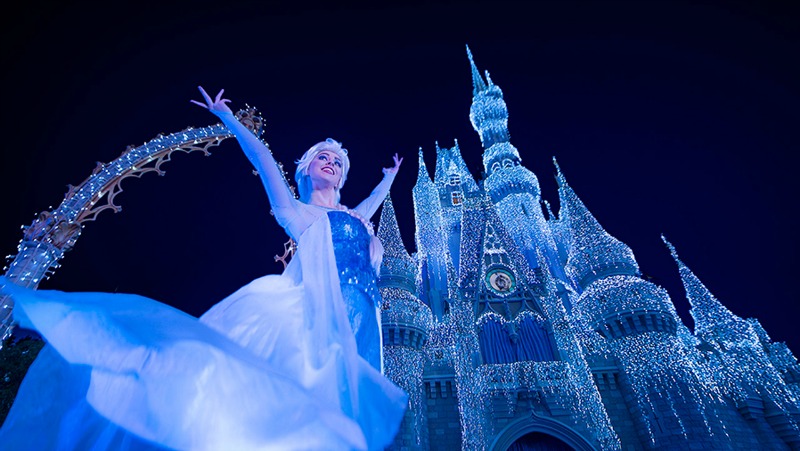 This week marks the official kick-off of the holiday season at the Walt Disney World Resort and to mark the special occasion, the Disney Parks Blog will be sharing a live stream of A Frozen Holiday Wish castle lighting – the first of the season – live from Magic Kingdom Park at 8:10 p.m. Eastern on Thursday, November 9.

A Frozen Holiday Wish takes place on the Cinderella Castle stage starring Anna and Elsa along with Olaf and Kristoff. Queen Elsa utilizes her powers during the show to transform Cinderella Castle into a shimmering ice palace that’s just perfect for the holidays. The brand new Beauty and the Beast stage show is getting ready for its premiere in the Walt Disney Theatre this week aboard the Disney Dream and in order to share a bit of that magic with those of us at home, the Disney Parks Blog will be doing a live broadcast right from the ship!

Tune in for a special #DisneyParksLIVE sneak peek at the newest Broadway-style musical that will bring “the timeless fable to life like never before, featuring a style of theater that interlaces classic storytelling elements with cutting-edge technology.”

At the respective times listed above, head over to the Disney Parks Blog where a new post featuring the live stream will appear at the top.