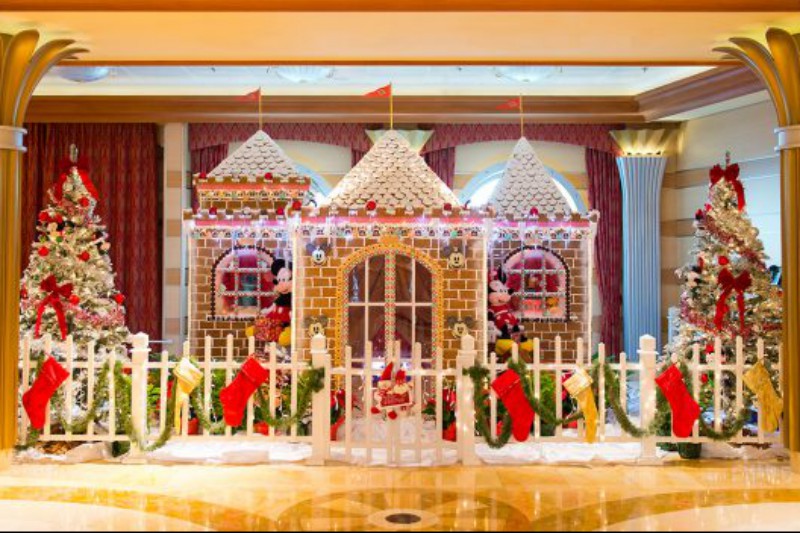 For the last few years, teams aboard the four Disney Cruise Line ships have competed in a gingerbread house competition during the ships’ Very Merrytime Cruises. The teams include pastry and bakery chefs, plus members of the deck teams. Each designs and decorates their own oversized gingerbread house that sits in the ship’s lobby atrium

The winner this year of the fourth annual competition was the Disney Wonder, for its large house with candy cane-inspired pillars. The team from the Disney Dream built a house with an open entry (it’s warm in the Bahamas) and two chimneys. The house on the Disney Fantasy included a nutcracker guard and a hidden gnome. The Disney Magic’s house had snow covered roofs and awnings…which may have been from the snowman sitting on the roof. Each house takes more than 650 pound of gingerbread dough and 220 pounds of icing sugar, plus candy, cookies and other unique decorations!