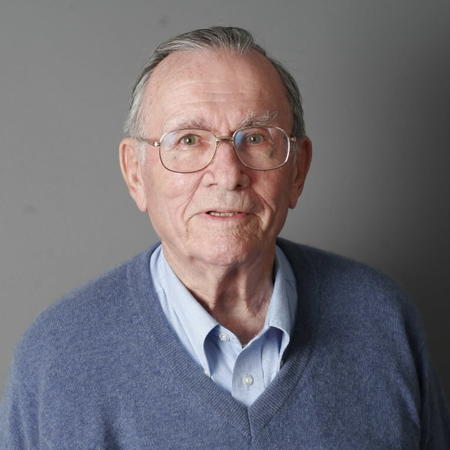 ShareTweetSubscribe
Sadly, the Orlando Sentinel has reported that Disney Legend Charlie Ridgway has passed away in his Longwood home this Christmas Eve. Ridgway is known for his extensive participation with media coverage during the opening of Magic Kingdom back in 1971 including the iconic LIFE Magazine cover showing nearly 3,000 Cast Members in front of Cinderella Castle. He covered the later openings of Epcot, MGM (now Disney's Hollywood Studios), and Disney's Animal Kingdom. He also covered the opening of Disneyland in 1955 for the LA Mirror and was hired by the Walt Disney Company a few years later. During an interview he did with Walt Disney himself, they both agreed that the people were their favorite part of working in the theme parks. "Watching people react to all the things we have is the most fun of all," Ridgway said. With decades of work behind him in 1999, Ridgway was inducted into the Disney Legends program for his extraordinary and integral contribution to the Walt Disney Company. "Charlie defined Disney public relations," said Rick Sylvain, who was hired by Ridgway to join Disney's public relations team in 1995. "He never lost his childlike enthusiasm for all things Disney. That enthusiasm was infectious. As a new recruit, you had two options: try to keep up with him or get out of the way." "Disney doesn't throw around accolades lightly," Sylvain said. "So being named a Disney Legend and having his name on a window of Main Street U.S.A. speaks to the esteem Disney held for Charlie." Rest in peace, Mr. Ridgway. Source: Orlando Sentinel
ShareTweetSubscribe