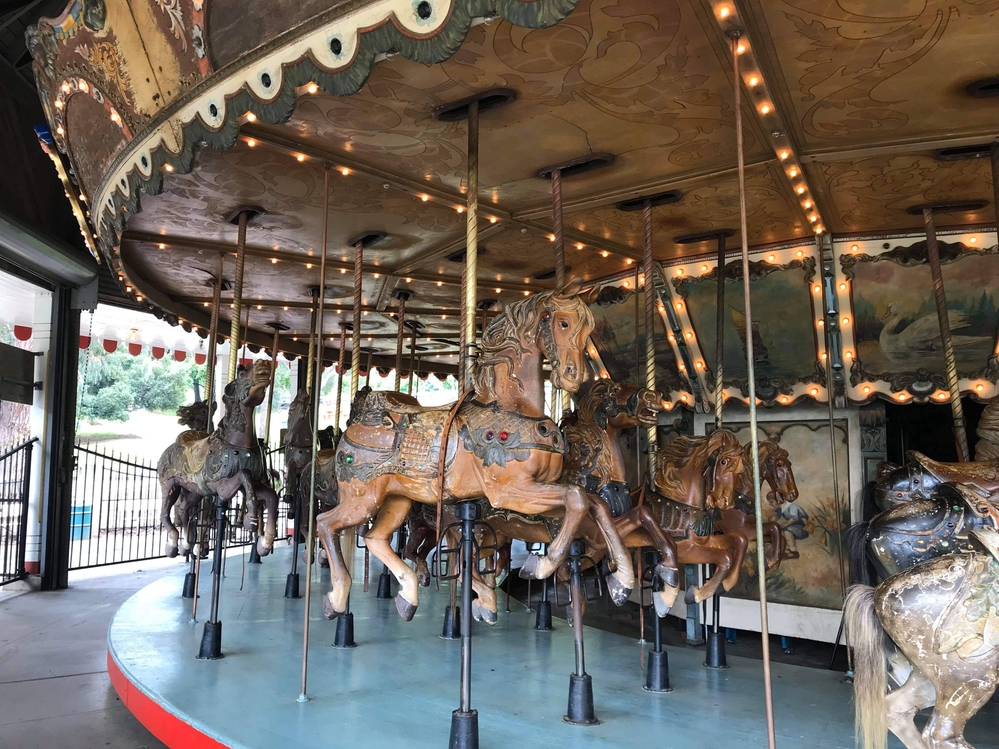 Julio Gosdinski. beloved co-owner and operator of the Griffith Park Merry-Go-Round, passed away on Friday, August 7th at age 49.

Gosdinski had worked at the carousel for 30 years, and was bequeathed half of the business after the death of the former owner in 2011. He became the caretaker of the attraction, and took it upon himself to touch up the paint and make sure that things work running smoothly. He took great care of the attraction, and had an infectious love for the history of it.

The kind and compassionate Gosdinski took great pride in the carousel, and, in a 2017 interview had this to say of the attraction:

"We have 66 horses, all jumpers. We have a few horses that were carved back in 1895, so they're actually older than the merry-go-round. Those are the jewels of the carousel."

While some are concerned about the future of the merry-go-round now that Julio has passed, Gerry Hans, president of the Friends of Griffith Park board had this to say:

Former employee, Iris Pineda, said that Gosdinski visited the carousel during the pandemic, and that he had made preparations, such as calculating physical distancing for the queue and installing plexiglass for the attraction's eventual reopening.

"I kid you not, anybody that he came in contact with walked away feeling a little brighter," said Griffith Park board member Kathryn Louyse.

Disney enthusiasts know the merry-go-round as being the place where Walt Disney, while sitting on a bench while his daughters rode the carousel, first dreamt of a place where parents and children could enjoy a day together.