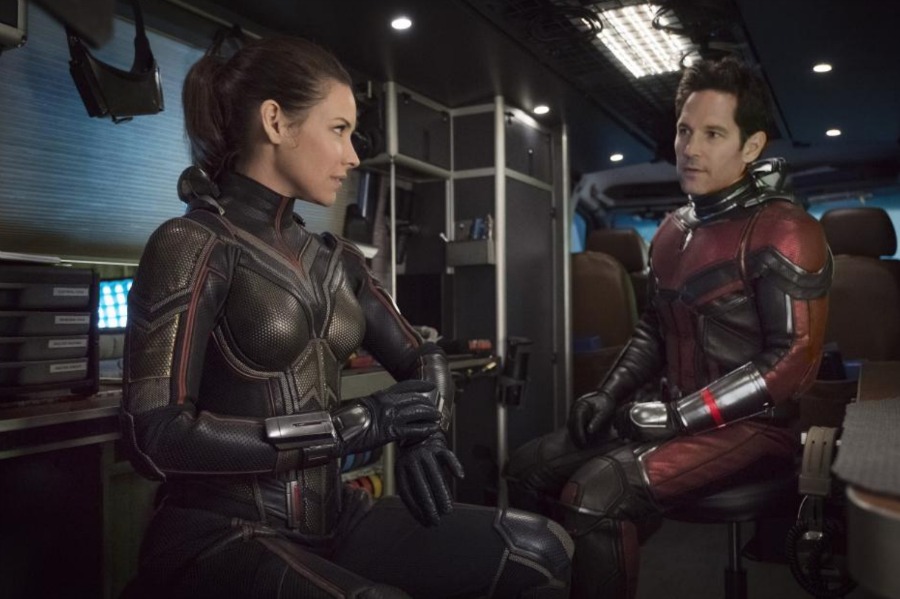 UPDATE: According to the Wall Street Journal, the box office performance during the opening weekend of Ant-Man and the Wasp came in just shy of the original estimate we reported below. The new Marvel film is still solidly in first place but raked in only $76 million.

Disney and Marvel Studios’ Ant-Man and the Wasp is on its way to an estimated $83.7 million opening weekend from 4,206 North American locations. In fact, it’s the number one film in the world right now.

This is Marvel’s 20th film and stars Paul Rudd and Evangeline Lilly. Details on the weekend so far include the film totaling an estimated $33.8 million Friday which includes $11.5 million from Thursday previews. It’s following in line with Disney’s earlier forecasts of the $70 million to $85 million range.

The original Ant-Man opened to $57 million in 2016 then went on to earn $519 million worldwide. If predictions hold, Ant-Man and the Wasp will be the seventh highest-grossing domestic debut of the year, behind Solo: A Star Wars Story’s $84.4 million.

Rudd and Lilly have reprised their roles as Scott Lang/Ant-Man and Hope van Dyne/The Wasp, respectively — superheroes able to shrink themselves into the quantum realm. The sequel sees Scott Lang grappling with the struggle of being both a superhero and a father.

Watch below as Payton Reed, the film’s director, and Stephen Broussard, the producer, both explain the importance of getting The Wasp character right in the film.

Ant-Man and the Wasp has an 86% fresh rating on Rotten Tomatoes.