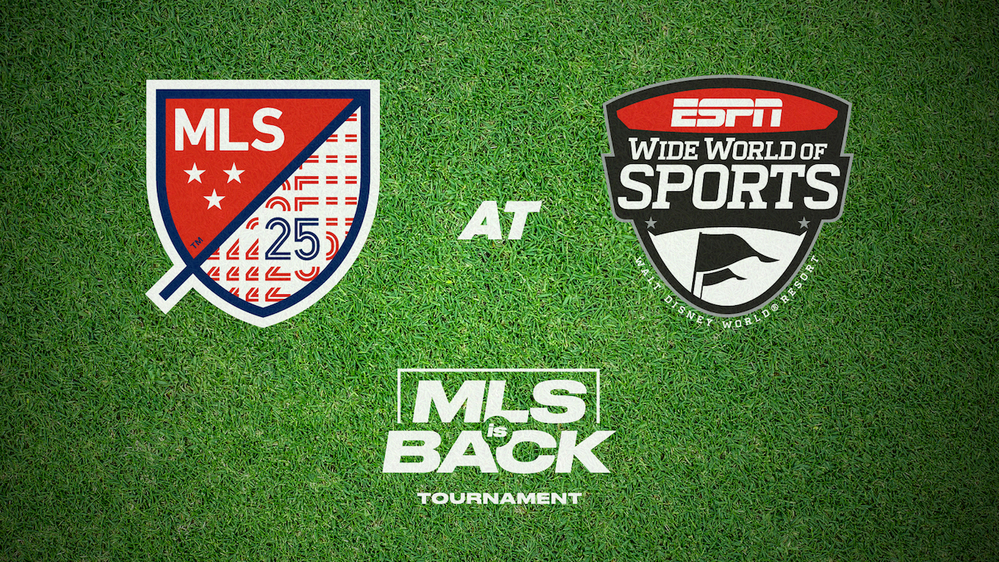 Disney and Major League Soccer have announced this morning that there will be a return of professional soccer in the days ahead. The MLS is Back Tournament will begin on July 8th, and will take place at Walt Disney World‘s ESPN Wide World of Sports Complex.

The 26 MLS teams will participate in the tourney, and, at the beginning, three matches (9am, 8pm, and 10:30pm) will be played daily. The teams are to begin arriving in Orlando on June 24th, and teams need report no less than 7 days before their first match. Once the tournament has been completed, the MLS plans to continue the regular season, with modifications.

Major League Soccer’s commissioner, Don Garber, and this to say regarding the return of pro soccer: “We are pleased to team up with Disney to relaunch the 2020 MLS season and get back to playing soccer…The opportunity to have all 26 clubs in a controlled environment enables us to help protect the health of our players, coaches and staff as we return to play.”

Orlando City Soccer Club will serve as the host club for the tournament, and, as such, will be placed as top seed in Group A. As will be the case with the upcoming NBA games to be played at Walt Disney World, the MLS is Back Tournament matches will take place without fans in the stands.

A COVID-19 testing plan has been established for the tournament, and MLS will give back locally by supplying antibody tests for residents of Central Florida.