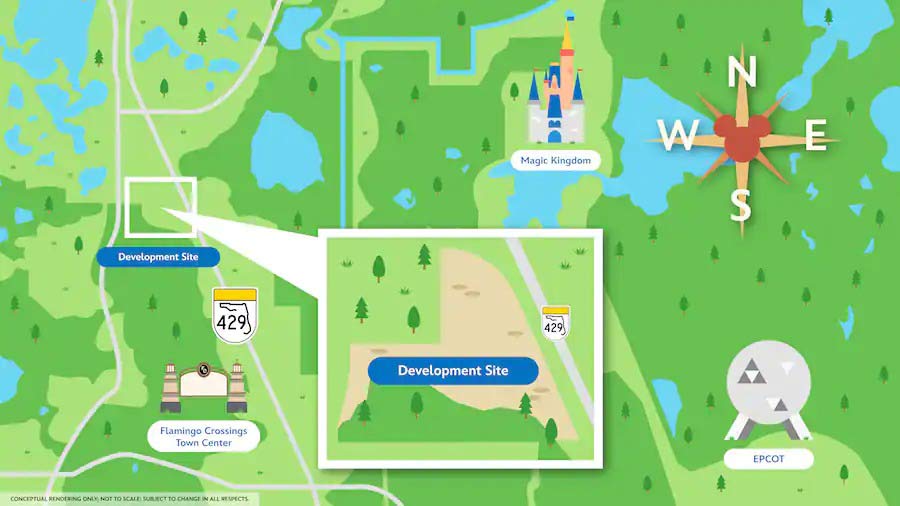 I’ll be honest; it feels weird typing affordable and Disney in the same sentence, but here we are. Disney is planning an affordable housing development in Central Florida for cast members and others in the community.

When Deni first reported on this news, these were details we had.

The development, which will be located in southwest Orange County near the Flamingo Crossings retail and services area, as well as nearby schools, will be available to “qualifying members of the general public,” including cast members. The goal at this time is for the neighborhood to consist of over 1,300 housing units.

Today Disney has released new details; let’s examine what they had to say.

The first thing they announced was who they would be partnering with.

We’re also excited to reveal who we’ve chosen to build, own and operate the property: The Michaels Organization, a prominent and visionary developer known for creating high-quality homes in communities in many states, including Florida.

They did note that the development is expected to be privately financed and limited to applicants within a specific income range. I hope their income range is based on the base pay they give cast members so they can have somewhere to live that’s affordable and near work. The president of Walt Disney World made a statement indicating that the company is trying to invest in the community and help bring a solution to the table.

“For more than 50 years, Walt Disney World has cared for and invested in our community, and we’re committed to being a part of this solution which will bring more attainable housing to Central Florida,”

The Michaels Organization is very excited to be part of this project and assist Disney in this adventure that could positively impact lives.

“We are excited to work with an iconic brand like Disney to deliver attainable housing for the Central Florida community,” said Michaels CEO John J. O’Donnell. “Our goal is to create a repeatable model that we hope will inspire other companies and municipalities to create high quality, attainable housing in their own communities.”

I love this idea, and I hope this project positively impacts the Orlando community. This housing community could assist many cast members and prevent them from living out of their cars or living in crowded apartments with extremely high rent prices. Part of me also feels like I shouldn’t get excited yet and wait to see what happens. The best thing Disney could do with this is let cast members have the first pick and then open it up to the public.

Those are all the details we have now, and once Disney releases a construction timeline, we will update you.

What do you think about this affordable housing development? Let us know in the comments.