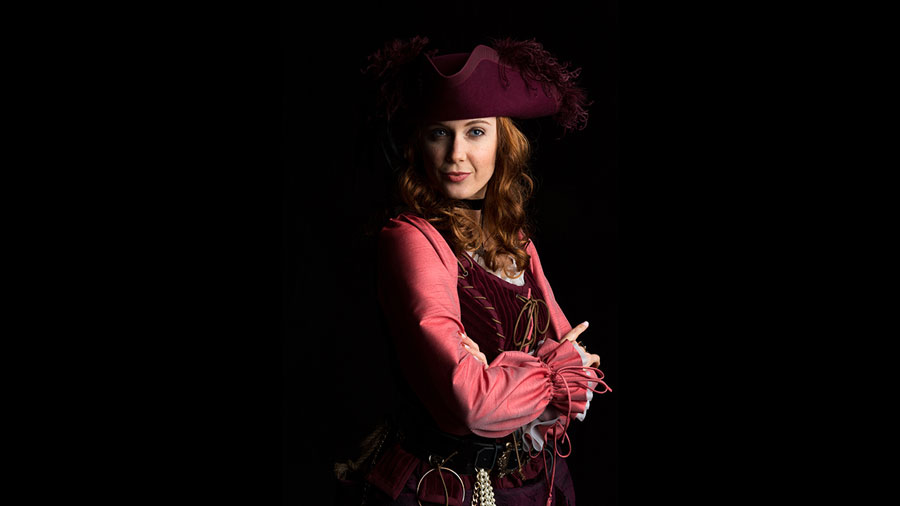 UPDATE 6/4/18: The Disney Parks Blog has just announced that Redd the Pirate will be arrr-riving at New Orleans Square inside Disneyland Park beginning on June 8.

When Disneyland Park’s Pirates of the Caribbean reopens this June, it will do so with a brand new pirate added to the mix, one which guests might catch strolling through New Orleans Square this summer. The Disney Parks Blog has just announced the addition of Redd, the fiery centerpiece of not only the iconic attraction’s re-imagined auction scene, but the land of New Orleans Square itself.

Disney describes the character as “a fierce and independent pirate” who will be present in the parks as she “travels to various ports throughout the Caribbean—selling rum and collecting coin.”

Redd’s thematic backstory may seem enthralling, but the character’s real life history and evolution might be just as interesting. Disneyland’s Pirates of the Caribbean has been closed for renovations since April 23rd, and is expected to remain closed through June 7th. The park is the last in the line of Pirates attractions to see a makeover of the well-known auction scene, as Disneyland Paris and Walt Disney World have already completed their changes. In the original scene, Pirates are auctioning off captured women to be sold as brides. First and foremost among them is a red haired damsel, with notable comments from the pirates demanding,”We wants the redhead!” The new scene has changed the setup, with the pirates instead forcing local townsfolk to “surrender their loot” for auction; among the buccaneers, a redheaded female pirate.

When interviewed by the Disney Parks Blog, Redd shared her take on the attraction’s most notable figure, Captain Jack Sparrow, saying, “That Sparrow owes me a new ship. Wouldn’t be surprised if he found himself in irons once more. If you see Mister Sparrow, I’m lookin’ for ‘em!”

Guests shouldn’t be surprised to run into Redd on the streets and pathways of New Orleans Square, as she is “searching for brave sorts of recruits for a few little ventures.”