By Tom Bell - Assistant Editor
www.wdwinfo.com
Posted on May 9, 2020 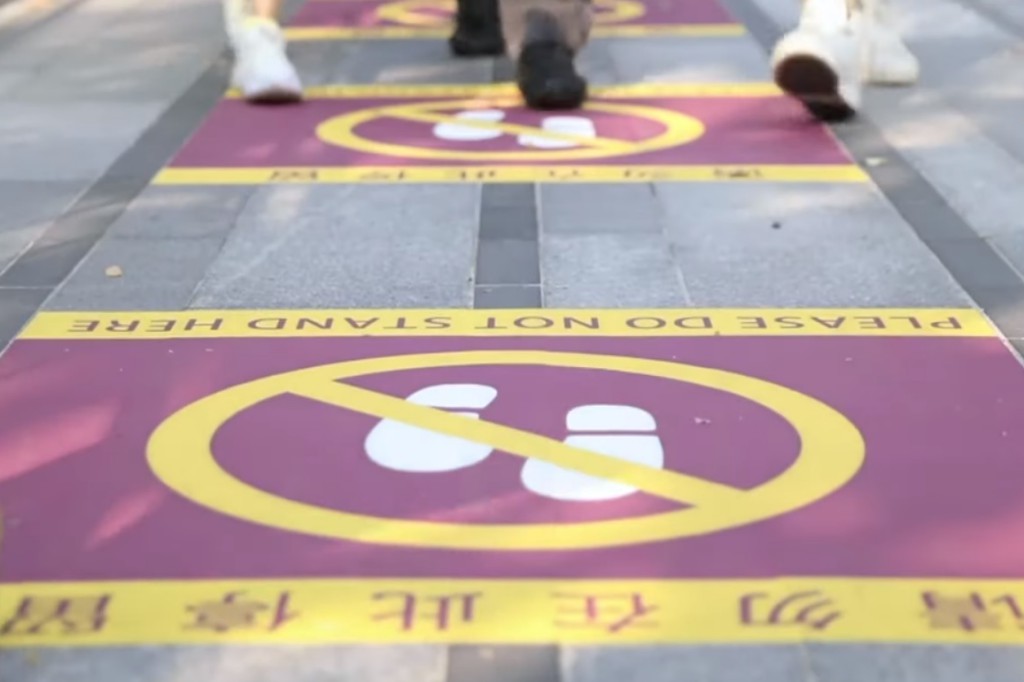 Andrew Bolstein, Senior Vice President of Operations for Shanghai Disneyland, recently led media through the theme park, which will reopen to the public on May 11th.

Bolstein discussed the screening process to get into the park, viewing areas for shows, attraction queues, and ride vehicles, plus dining locations and stores.

In some areas there are markers showing guests where NOT to stand, while other areas have boxes for families to stand in.

Bolstein pointed out that ride vehicles will have limited capacity, with some using every other row.

We have put markers on all the rows, all the benches, to indicate where your seat is. And if they don’t have markers, that’s not a place to sit. So, it’s greatly reducing capacity of the ride, but allowing for social distancing which is most important at this stage.

Bolstein also shared a look at the small cavalcade that will roll through the park, giving guests a glimpse of Disney characters.

Dated tickets for May 11 were available starting on Thursday and sold out almost immediately.

Chief Executive Officer Bob Chapek said recently that the process at one theme park might not necessarily be the same at all parks, but this could give us some idea as to what guests might encounter when Walt Disney World and Disneyland reopen.