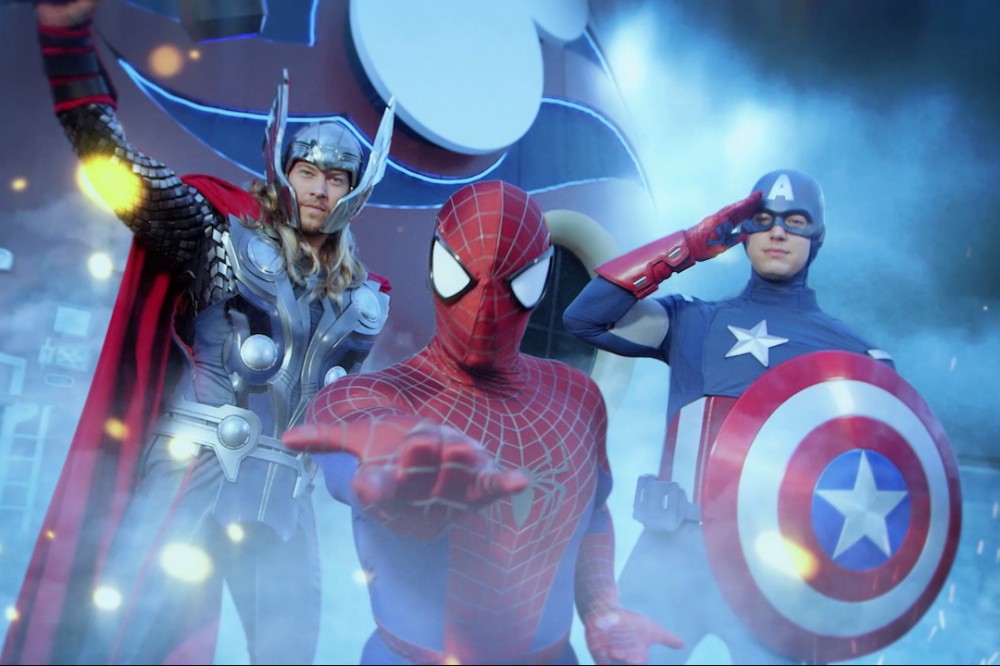 ShareTweetSubscribe
The Disney Parks Blog sat down with Stan Lee and two of the show's creators to talk about Marvel Day at Sea, which begins tomorrow aboard the Disney Magic. According to Show Director Tony Giordano, "Marvel Day at Sea is gonna be the greatest gathering of  Marvel heroes and villains that you've ever seen on the high seas." Show Director Michael Roddy adds, "You never know who might, but it's the largest collection of Marvel superheroes on a ship EVER." The special cruises out of New York this fall and Miami early next year will include special shows, meet & greets, food, and merchandise. It will also be the first opportunity onboard a Disney Cruise Line ship to meet Black Panther and Loki. In addition, you'll encounter the Guardians of the Galaxy, Iron Man, Spider-Man, Captain America, Thor, Doctor Strange, Black Widow, and Hawkeye. Marvel's Stan Lee sums it up with, "It's just a good thing, I think, when the fan and the hero get together." Marvel Day at Sea is available on sailings from October 6th to November 18th and January 7th to April 29th! Source: Disney Parks Blog
ShareTweetSubscribe