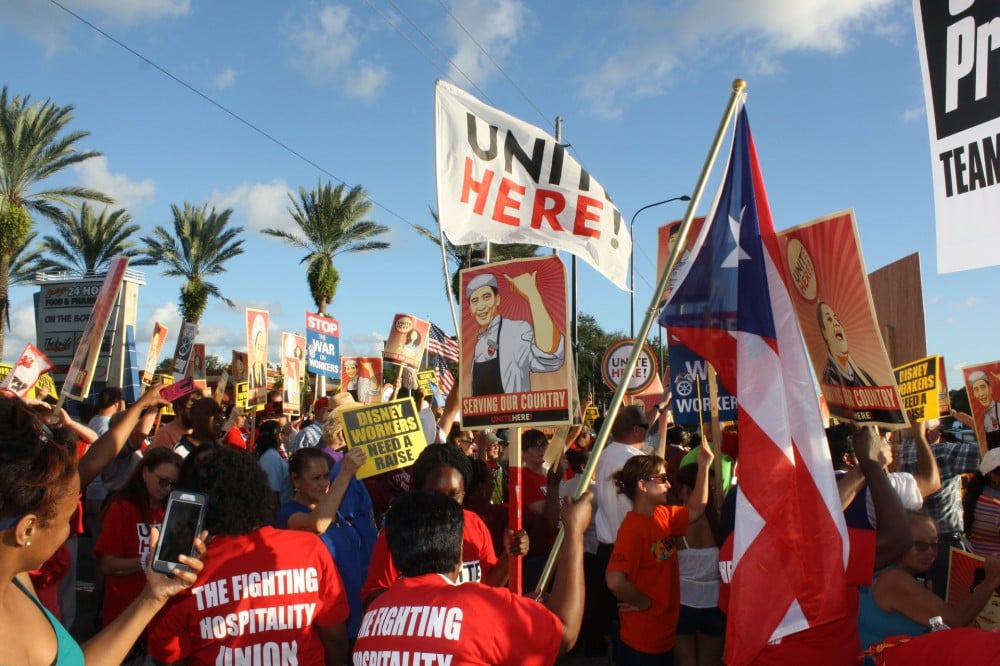 The unions have been in negotiations with Disney since last July, with the most recent offer in December rejected by over 93% of the voting cast members. That offer would have given full and part-time cast members a 50 cent or 3 percent raise per year for two years, whichever was higher.

According to the lawsuit, Disney has told the union that members would not receive the $1,000 bonus announced in January, unless they accept the most recent offer. More than 125,000 full-time and part-time cast members are set to receive the bonus, beginning with $500 in March. According to Eric Clinton, president of Unite Here Local 362, “Today, Disney made a proposal in wage negotiations that our members would only receive that $1,000 bonus IF we accepted the same 50 cent raise we just rejected in December. In other words, Disney said, ‘you can have $1,000 if you agree to stay poor.'”

According to Clinton, all other eligible cast members would still be receiving the $1,000 bonus.

Clinton adds, “Disney is discriminating against us for having a union locked in negotiations.”

Disney has yet to respond to the lawsuit or any allegations from the union. We will continue to follow this story.