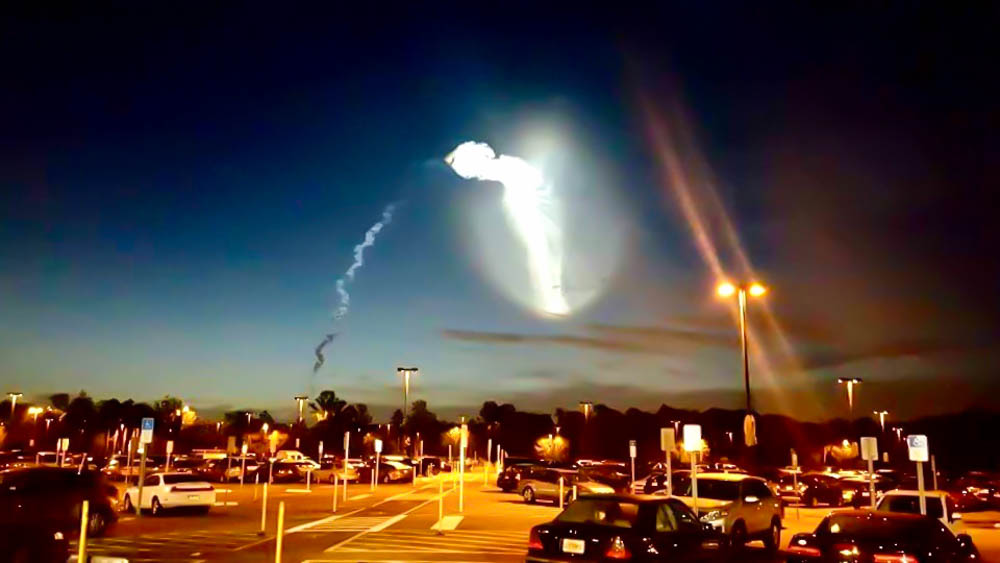 UPDATE 10/16/18: The weather forecast is 80 percent positive for a rocket launch from Cape Canaveral just after midnight tonight (12:15 a.m. Wednesday).

A United Launch Alliance Atlas V rocket is standing on the launch pad, carrying the AEHF-4 military satellite for the U.S. Air Force at the top. There’s a 20 percent chance that cumulus clouds could halt the launch, so it’s not certain if guests at Disney, Universal or SeaWorld parks in Orlando will be able to see anything. Weather conditions sometimes mean rockets and their contrails are visible from Orlando, about an hour drive west of the launch sites on Cape Canaveral. Nighttime launches are particularly visible if weather is clear.

ULA released a photo of the rocket as it was rolled from the Vertical Integration Facility to the pad. A ULA Atlas V rocket carrying the AEHF-4 mission for the U.S. Air Force is rolled from the Vertical Integration Facility to the launch pad at Cape Canaveral’s Space Launch Complex-41. (Photo courtesy of ULA.)

If you’re visiting the Walt Disney World or Universal Orlando resorts, or cruising from Port Canaveral on Oct. 16 or 17, you may get a chance to see a cool nighttime rocket launch.

Some of the night launches are even visible from Disney World and Universal, especially from tall buildings and hotels. (For more about seeing rocket launches from the parks, see previous story.)

Causeways or roadsides around the port and the Titusville area are also popular locations for viewing, provided they have room to pull over safely and aren’t restricted.

United Launch Alliance (ULA) confirmed Friday, Oct. 12 that it was targeting 12:15 a.m. on Oct. 17 for the attempt. Launch times change pretty frequently sometimes, so make sure to check when the day gets closer.

The two-hour launch window opens fifteen minutes after midnight, and the live launch broadcast on ULA’s website will begin Oct. 16 at 11:55 p.m.

The Atlas V 551 is the most powerful in the Atlas fleet and produces two and a half million pounds of thrust at liftoff. It previously launched such missions as New Horizons, the first mission to Pluto, and the Juno mission to Jupiter.

“We are proud to launch this critical satellite for the U.S. Air Force, and demonstrate our strong support of our nation’s national defense and the warfighter community,” said Gary Wentz, ULA vice president of Government and Commercial Programs.