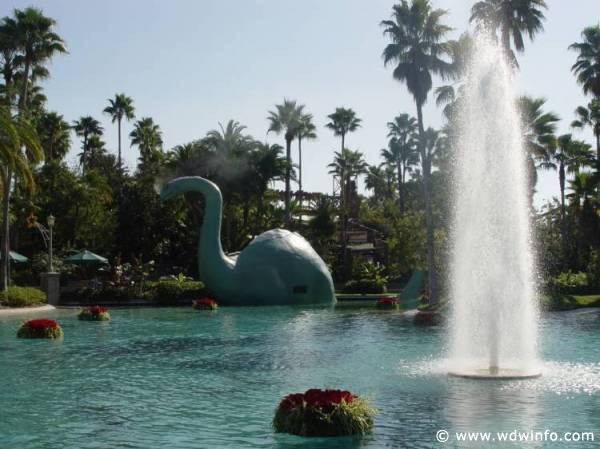 The heat and humidity in Florida can be draining. Combine that with walking, and possibly pushing strollers, and your day at the park can be down right exhausting. These factors, among others, are why many Walt Disney World park goers decide to take mid-day breaks. Returning to the hotel for a mid-day rest is a popular choice especially when the parks are open late at night. But, depending on what park you are visiting, and what hotel you are staying at, this trip back to the hotel can take a long time. This is why I suggest an alternative. Try taking a break from the action within the parks without hiking all the way back to the resort. I’ll bet those of you that are budget-minded efficiency folks or traveling with small children will really want to see this.

So, here is how I broke it down: I listed my personal favorite places in each park to find peace and quiet followed by the best shows/rides in each park on which to take a snooze. Finally, I gave an overall rating of how easy it is to take a mid-day break in each park. Animation Gallery in The Magic of Disney Animation

Sadly this might be the only truly quiet place in Disney’s Hollywood Studios. Because the nature of this park is action, thrill, music, and movies, it doesn’t bode well with people looking to find a quiet zone. Luckily the Animation Gallery does provide a quieter museum feel that might help people who are trying to escape of over stimulation of a Disney theme park. It is a pretty small area, and it is tucked in the back of the park, but it is well worth finding if you need a peaceful place within the park. It is also a really neat place to just slowly look at some amazing Disney artwork! Academy of Television Arts and Sciences Hall of Fame Plaza

I really had to stretch my definitions of peace and quiet for this one. While there aren’t usually many people in this spot it can be pretty noisy just from families passing by. Unfortunately it isn’t necessarily peaceful either, but with Disney’s Hollywood Studios being a park that has limited options in finding peace and quiet this might be one of your better options. This side of Echo Lake is a place in the park that doesn’t have any major attractions surrounding it, and so this plaza will keep you and your family away from the bigger swarms of people. Just like I stated in the Magic Kingdom and EPCOT articles, if you have small children the Baby Care Center could be a great place to sneak away. This area is great for families with small children that need to get away from the overstimulating features of the park.

Best Shows/Rides To Take A Snooze On:

Before I say anything, let me acknowledge that many guests love all these rides and shows, and that in no way am I saying they should just be used to take naps on. In fact, I highly suggest watching them awake, but in fairness to those who want to find a place to sleep here are my suggestions:

The Film At Walt Disney: One Man’s Dream

Following the self guided tour that is a tribute to Walt Disney’s life, there is a film. This film is a wonderful review of Walt’s life. While I personally love the film, it is also one of the best places in Disney’s Hollywood Studios to take a nap. The darkness of the theatre and the calming narration makes this the perfect place to take a snooze. Additionally, the theatre is air conditioned, which is crucial when trying to find a place to sleep in Florida. The downside to this is that I have never found the theatre chairs in Walt Disney: One Man’s Dream to be very comfortable. Beauty and the Beast-Live on Stage

This show might not be the best place to sleep for everyone because it is located outside, but there still is some upside to taking a catnap during Beauty and the Beast-Live on Stage. The main advantage is that if you pick a seating over to one side or another, and way in the back you might be able to stretch out a little more than in most Disney park shows. This show can be a tad bit loud, but with limited options in Disney’s Hollywood Studios this might be a decent place to get some rest. Voyage of the Little Mermaid

Voyage of the Little Mermaid is also a dark and air-conditioned theatre that might be a great place for you and your family to get some sleep. If no one in your party is interested in actually watching this show I recommend trying to sit in the back, as it seems to be lit up from the stage less. Voyage of the Little Mermaid has musical numbers that can be loud so this might not be the best place for light sleepers.

I have rated Disney’s Hollywood Studios as a D because sadly it is really a tough place to sneak away from the crowds. While the Animation Gallery and One Man’s Dream might be the exceptions, the rest of the park doesn’t provide any great places to find peace and quiet. Without those two features I might have had to given this park a failing grade. Sadly even with all of my best recommendations I don’t think this park will accommodate every family looking to take a break within the park. This grade is purely on how easily someone can rest in the park and is not a knock on the park itself, but again, when rating it solely on how easily it is to take a break in, I sadly had to rate it very low. Stay tuned for the last installment of mid-day breaks in the park: Disney’s Animal Kingdom!