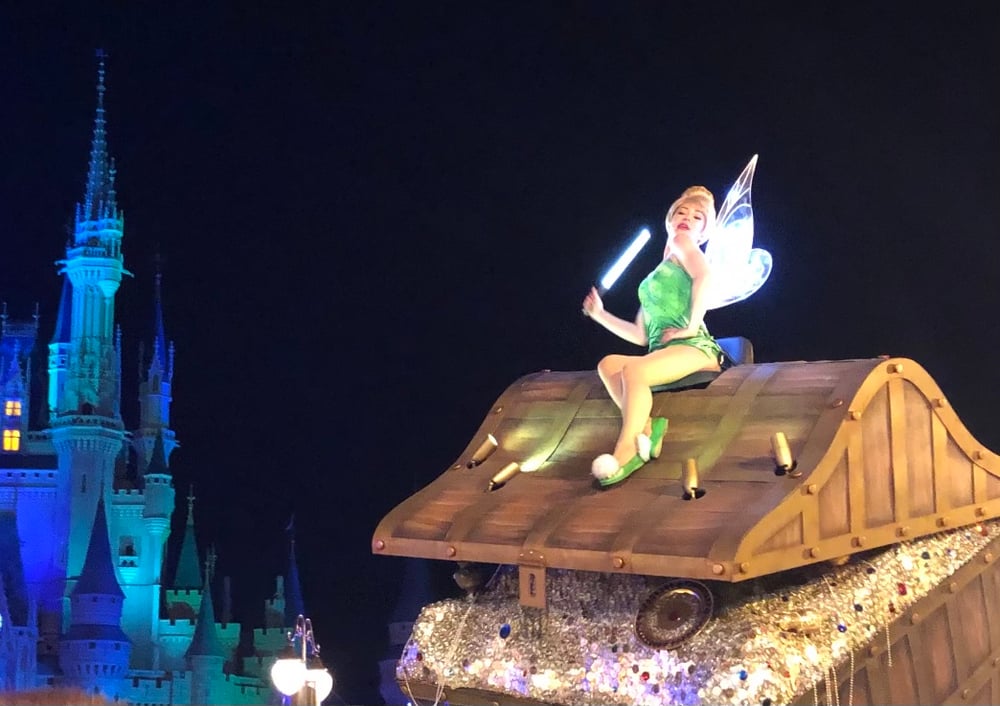 This Halloween party keeps starting earlier and earlier. It’s basically an end-of-summer party at this point. This year Mickey’s Not-So-Scary Halloween Party started on August 12th. The heat in August is probably the worst. Every day the feels like temperature are 100 degrees or higher. The humidity percentage is still between 80% to 95%. These factors make finding a costume harder because many costumes have layers and are better off being worn closer to October when the weather improves. Plus, it rains a lot in August.

I went to MNSSHP on August 12th and August 26th; both nights were humid, hot, and rainy. Because of this, I didn’t want to do a full-out Halloween costume, but I still wanted to dress up, so I found the perfect “summer” Halloween costume.

On my first trip to Mickey’s Not-So-Scary Halloween Party, I went the villain route and dressed up as Ursula; I used “dressed up” lightly, more like a disney bound. I used a black romper that is flowy, light, and easy to wear in the heat. I added a purple corset belt and, of course, a seashell necklace. I got all of the items on Amazon. The romper is a go-to piece of mine, and I plan on having it in every color. I did wear my Mickey Pumpkin Loungefly, this bag is from 2019, and the bag didn’t match my outfit, but it’s not a Halloween party without that bag.

On my second party night, I dressed up as a Mickey Pumpkin; I think this was my favorite out of the two. I love Mickey Pumpkins, so maybe that’s why I think that. I used the orange version of the black romper as the base of the outfit. Then I added a black belt I used for a pirate costume back in 2019. That is basically it for the outfit part. Then I threw on some Mickey Pumpkin ears and my matching bag. BAM! A Mickey Pumpkin.

Now let’s talk about the shoes I was wearing for both outfits. With all the rain that happens during August I wear my Croc Sneakers. These sneakers have small holes so water can leave the shoe, makings puddle jumping way more fun. Normally I wear running shoes when going to the park but on rainy evenings these are the go to shoes. Sadly I can’t find the exact pair I have I think they discontinued these and made a newer version; I bought them back in early 2019. The newer version actually looks better than the ones I have now and seem that they have better support for your feet.

Well thats it folks those are the two costumes I wore that helped me beat the heat and the rain. My biggest advice is to wear a costume that is flowy and light. Heavy material will having you sweating quicker than normal. Ears, bags, jewelry can help bring a bound outfit together. If you are visiting later in the halloween season the heat should calm down and you’ll experience the chilly temperatures of 80 to 70 degrees which is way more bearable than 90 to 95 degrees.

How do you cope with the heat during the August halloween parties? Let us know in the comments.