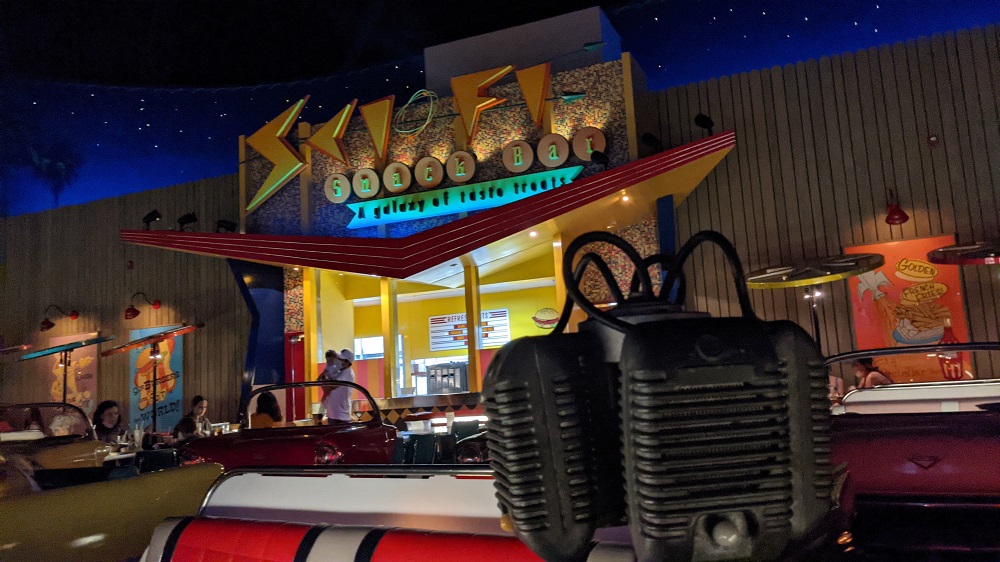 There is not much I love more than heavily themed Disney dining. With that in mind, I’ve dreamt up a few new choices that I’d love to see integrated into the parks.

Who doesn’t love ants at a picnic? Well, ok, maybe that’s not the best tagline.

Diners would be seated at an indoor location that is themed to look like you’ve shrunk down to the size of a bug. You’re in a sunny meadow among the tall grasses with the sun gently shining overhead. Even though we’re going with a picnic theme, there would still be chairs, but the tablecloth could be reminiscent of a picnic blanket.

Food would be served family style to the whole table and it would be the best of picnic fare: fried chicken, potato and pasta salad, watermelon, deviled eggs, lemonade and the like.

It would also be fun to have a sporadic show featuring all of the best circus bugs from the movie. This could be performed on a small stage and the bugs could showcase their circus tricks.

There could even be a meet and greet opportunity with Flik and Atta as you check in.

This concept would best fit at Animal Kingdom near the Tree of Life and It’s Tough to be a Bug theater.

Disney has recently taken over ownership of the Morocco pavilion. They’ve already started to make changes, which includes stocking a lot more Aladdin merchandise in the pavilion’s gift shops.

Why not take this a step further and transform Restaurant Marrakesh into an Aladdin character meal?

Marrakesh is typically an easy restaurant to get a reservation for (it hasn’t reopened just yet). This tells me it isn’t that popular of a dining location. An easy way to fix this could be the addition of characters.

Aladdin, Jasmine, Genie, Abu and Jafar could be easily added to come around to the tables and greet guests. Though the latter 3 of those characters are not very common, Disney does bring them out for Mickey’s Not-So-Scary Halloween parties, so it’s not that off-the-wall of an idea.

I would still prefer that the restaurant serve authentic Moroccan cuisine, but I believe adding characters could add a much needed boost in attendance.

Stick with me on this one. I know it’s a bit odd, but I think it could work. If anyone else has seen the Pixar in Real Life short on Disney+, you’ll know where this idea comes from.

At this Buy n Large drink stand, you can purchase milkshakes that taste like actual meals like a hamburger, pizza, fries or other experimental flavors. It could also sell some regular (boring) flavors like vanilla and chocolate.

I think this would be a fun addition to Magic Kingdom’s Tomorrowland.

This movie has really enjoyed a big popularity surge lately. I can’t even go to the parks or Disney Springs without seeing at least one person in a Powerline t-shirt.

This concept works best if it were set up similarly to Be Our Guest. The main room could be set up themed to a Powerline concert. Powerline himself can come out once every hour and invite kids up to the stage to learn some of his dance moves. Goofy (in his fisherman outfit) and Max (in his Powerline outfit) could move among the tables and greet guests.

One of the side rooms could be themed to Lester’s Possum Park. Another side room could be a quiet, serene room themed to a camping and river setting.

I think this concept would work in Epcot in Future World somewhere near Test Track.

So what do you all think? What sort of ultra-themed dining would you like to see come to the Disney parks? Let me know in the comments!