The Business of Magic: 2015 Food Prices 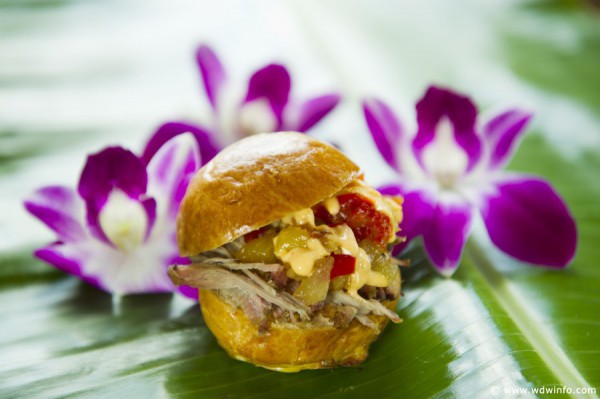 As we know, a Walt Disney World vacation can be very expensive.  It seems the price of tickets and lodging, especially on property, has risen rapidly over the past decade.  Major expenses to enjoy the Disney magic include transportation to Orlando, lodging, park tickets and of course food.  Whether you purchase the Disney Dining Plan or pay a la carte as you go, the cost of food during your trip cannot be ignored. However in 2015, we may see some relief from rising food prices at the World.

Disney is in business to make money.  Each department head, whether a hotel manager, retail manager, or restaurant manager is charged to make more money than the previous year.  If they do, they will receive a bonus.  If not, well there’s no magic in that.  So in the Food & Beverage (F & B) world, that means you either raise menu prices, serve more guests, cut costs or any combination of the three.

The two biggest costs in F & B are labor and food.  So you better believe every manager and chef watches the cost of food like a hawk.  This time of year, chefs, purchasing directors and finical analysts will gather around the table and discuss the world food market.  Yes I said world.  I won’t bore you with the details, but the success of a dairy farmer in New Zealand will affect the price we pay for milk, cheese and butter in the United States. So, how do we look in 2015 at Walt Disney World (and your local grocery store)?  Here are the highlights…

Let’s start with the bad news.  If you do the grocery shopping at home, you already know the price of beef has been crazy this year.  I’m sorry to say that will continue in 2015 and 2016.  If you want that steak at Le Cellier, expect to pay up to 20% more than this year.  Besides raising prices on steaks, burgers, and all things beef, look for the Chefs at disney to cut portions or try to draw your attention to other types of protein on the menu.

The good news?  Everything else looks very favorable for 2015.  Chicken production is on the rise and should be able to accommodate the demand of guests who will switch from steak to chicken due to the price.  Pork will be very popular in 2015.  Due to the rapid decline in the cost of pork, we can expect chefs to feature pork as much as possible.  We already saw this trend at the 2014 Epcot Food and Wine Festival where pork continues to be featured at many pavilions. Low corn and fuel prices will also contribute to rather stable food inflation in 2015.  So after a few really tough years for food costs, 2015 is shaping up to be a nice reprieve.  If we spend less at the grocery store in 2015 than we did this year, does that mean our food will cost less at the World?  Of course not.  However, besides that tenderloin at Yachtsman Steakhouse or the reuben at The Plaza, we should expect menu prices to remain relatively stable.  And at Walt Disney World, that’s a good thing.