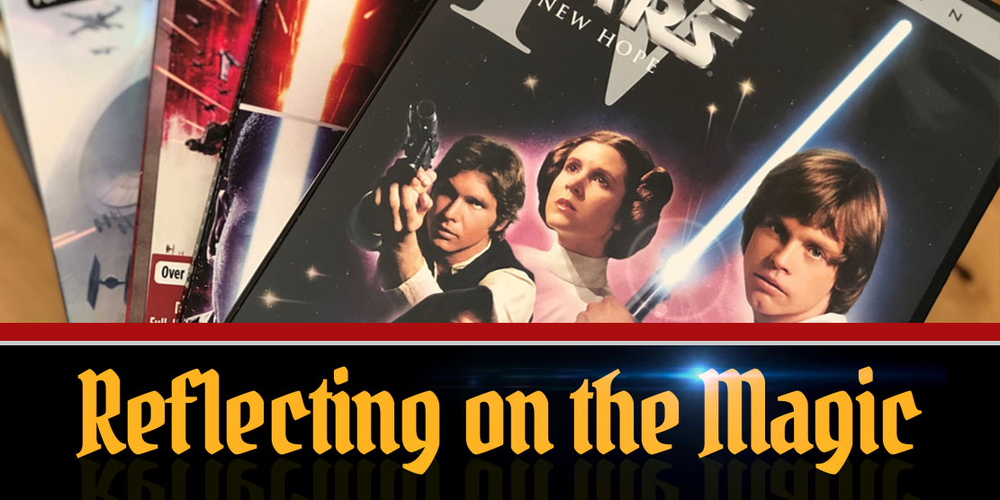 I don’t know about you, but I am loving Disney+ these days. Not that I didn’t enjoy it before the quarantine; I did. But Disney+ seems just made for days inside, watching new releases and rediscovering old favorites. In your jammies. With a snack. Or two.

I wrote last week about Morgan’s idea for a Disney+ Marvel Cinematic Universe movie marathon. Today, I’m back to highlight the list she made for a Disney+ Star Wars marathon.

I spoke last week of my great love for all things MCU and Marvel. I have a similar affinity for the Star Wars universe. I’m happy to say that I’m old enough to have seen each of the Star Wars movies in the theaters during their original releases. I enjoyed each one as they came out, waited patiently for the next, and then had the unexpected joy of getting to enjoy new installments in the universe long after I thought the storytelling was done. And we won’t get into our feelings regarding the prequels, mmmkay? Let’s stay upbeat today. Ahem. 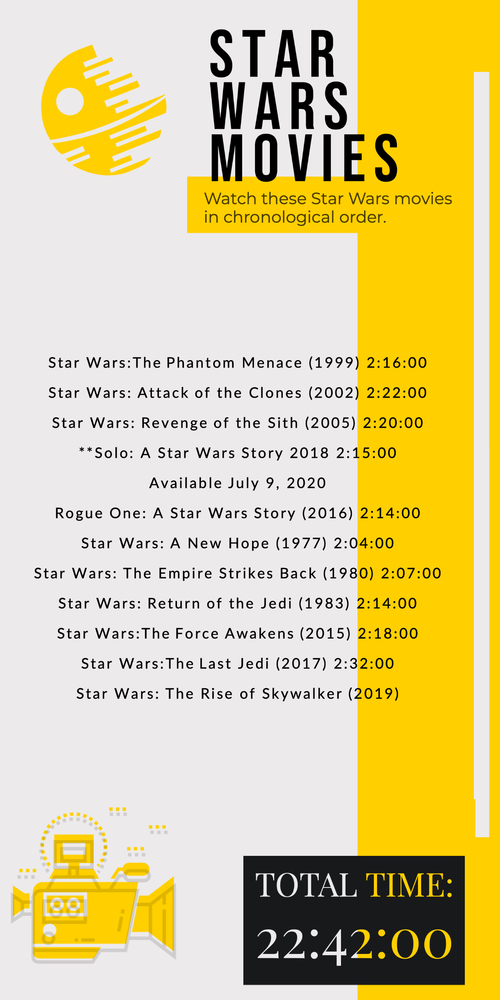 I personally can’t wait for Solo to arrive on Disney+ as Lando Calrissian is my all-time favorite Star Wars character. Any character with a cape is automatically the coolest one in the bunch. Also currently missing from the service is Star Wars: Rise of Skywalker. While Rise is available to purchase  digitally now, Disney+ has not said when the film will be coming to the streaming platform. 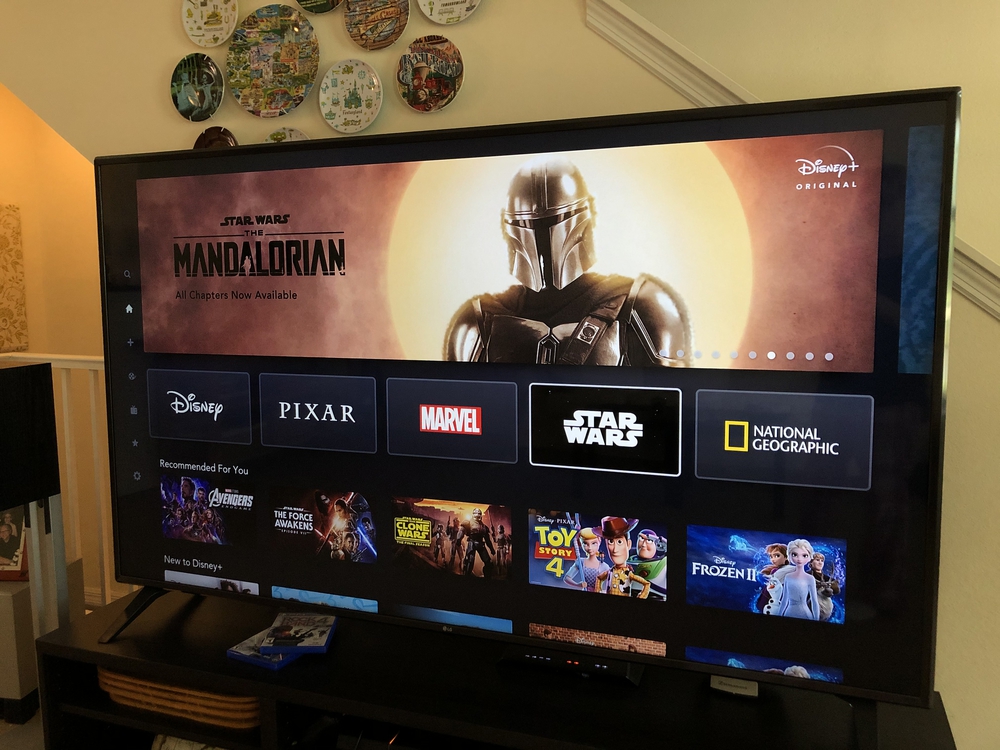 If you reach the end of your Star Wars marathon and you find yourself itching for more, be sure to check out the animated side of the universe. Both Star Wars: The Clone Wars and Star Wars Rebels have received very favorable reactions, have die-hard fan bases, and help to fill in some of the gaps left by the cinematic releases.  And, of course, there’s the Disney+ juggernaut, The Mandalorian. If you’re a Star Wars fan and you haven’t seen The Mandalorian, please schedule an appointment with your couch and enjoy every minute of this eight episode adventure.

Okay. It’s your turn. Will you be having your own Star Wars marathon? Will you have one, but watch the movies in a different order? Please let me know in the comments section below.

And, of course, may the Force be with you. Always.