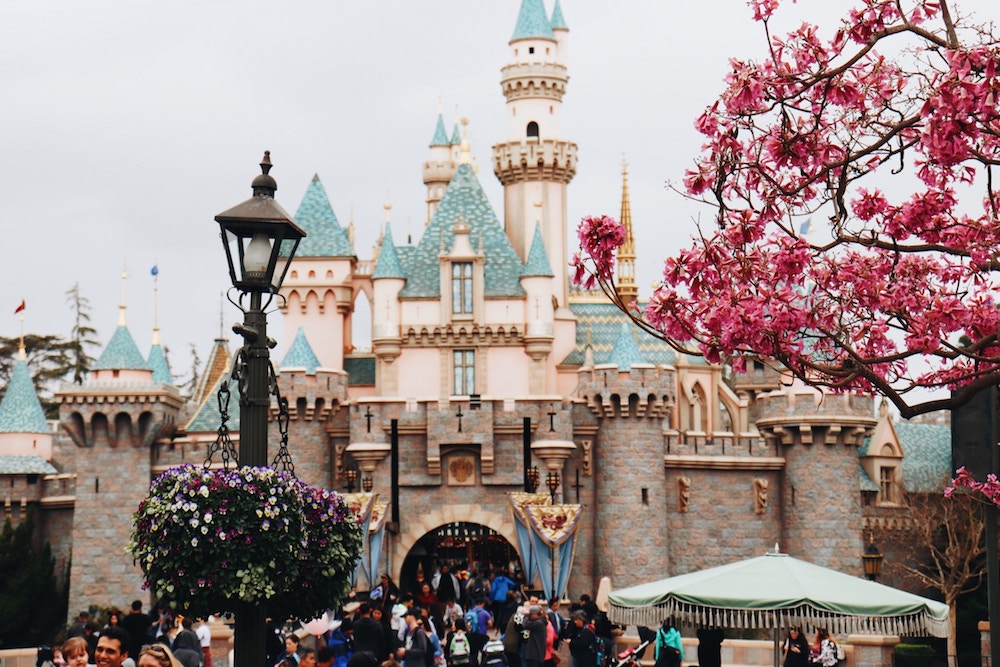 It was a Monday. The kind of Monday that is hot even when they say it isn’t going to be. You’d think that I would be used to this by now, after all, it is summer in Sydney, but no. It was that kind of heat that gets under your skin and doesn’t come out until you have stripped down to your unmentionables and laid under an air conditioner for the better part of an hour. Why is this unrelenting Australian heat so crucial to my story? Well, because it could be a strong contributing factor to the delirium that ensued.

I decided to look up Disney Park reviews. “Hahaha,” I see you cackling there behind your office desk, the same very spot I sat Monday while waiting for the air conditioning to kick in. But in all my sweaty morning glory, there I went, down the rabbit hole. And let me tell you, where I found my train of thought heading was very surprising.

Sure you had the usual suspects, Miss Way-Too-Expensive and Mr. FastPass-Should-Be-Banned; there was even a notable appearance from Mrs. They-Wouldn’t-Let-My-Son-On-A-Ride-He-Was-Too-Short-For! Most left me with a little chuckled and a sarcastic boo-hoo smile, but then I came across a few entirely legitimate complaints. Before I knew it, I was wondering whether or not my affection for the entity and the memories it had given me had colored my perception of its current value.

I can recall spending a week in Disneyland back in 2017, when on a daily basis we were turned away from countless rides that broke down, some for hours at a time. Now I’m no sook, one or two is just par for the course; however, being released from the line after 30 minutes due to unforeseen technical difficulties is hard to swallow several times in one day. I remember wondering if Disney was losing its edge. It did occur to me that perhaps it was the time of year — being mid-January a few of the rides were closed for the removal of Christmas overlays and what used to be a slow crowd time often also served as the best opportunity to close main attractions for refurbishment. But these regular occurrences that can be researched well in advance weren’t what had me disappointed; it was the spontaneous closures due to malfunction at a rate that I’d never seen before that was causing the problem.

I sat here writing this wondering if I have become too caught up in all my optimism of turning negative twists into teaching moments for my kids that I have overlooked a significant dip in Disney quality? When is a line just simply too long to bother with? I refuse to even attempt the three-and-a-half-hour line for Avatar Flight of Passage, but aside from that absurdity, at what point do we all say, “I’m out”? 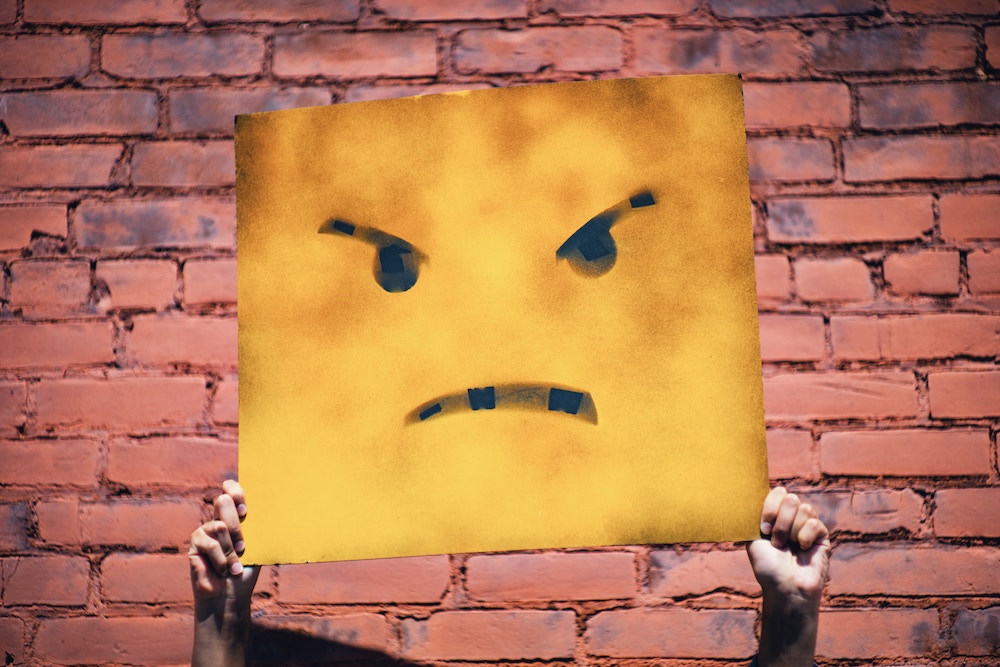 For me, that line will be much further away than it would be for most. A lot of my childhood memories are embedded in my Disney Parks experiences: time spent with my mother, my sister, my grandparents and now my children. It’s hard to separate that into a different column when considering the now negative aspects of these same places where most of those happy times nestled into my memory. Even with that in mind, I started to sympathize with a few of the complaints. Sure, they are mostly things out of anyone’s control when circumstances have decided to take a dump on your vacation rather than something any single person has done to you. They are the things that can be easy for us well-seasoned Disney lovers to brush off with a better-luck-next-time attitude and implement one of seven backup plans we have prepared earlier. But what if this is your only shot at taking in that Disney magic? What if this is indeed your only opportunity to be a part of the Disney charm? Does it make your complaints any more valid than the next person? No, but it does make them more understandable. Perhaps this shift is not in the quality of the parks but in the ethos of the company controlling them.

Disney used to mean something; it used to stand for more than just rides and elaborate vacation planning but time to spend with family. Time to enjoy each others company, young and old, on a level playing field with excitement and wonder that appealed to all. Now, as much of a status-enforcing holiday destination for the privileged, I find myself looking at it and wondering if that message is being lost in translation.

By this point, the stale air of the office had started to cool, and my suffering had begun to ease. I shifted slightly backward from my hard-nosed realization, still conscious of my rose-colored self-reflection, and questioned if it is up to each one of us to independently keep the spirit of Disney alive. As my core temperature decreased from boiling to manageable, I disputed whether this change in Disney is actually Disney themselves or is it actually us? Is it a reflection of society and our entitled attitudes? Are we ruining Disney for those newcomers?

It’s not a thing that we are doing, but a lack of the same enthusiasm and lightheartedness that used to fill in the gaps when disappointment came to rise. There used to be a camaraderie when you entered the parks, as though we were all lucky enough to be in it that day together. I can’t help but think that is what is lacking and that it is we, as a collective consumer population, that are not aging gracefully. It is the people that push and shove, the ones that fill the air with negativity and a woe-is-me attitude as though the whole World (pardon the pun) revolves around them. We are contributing to the way Disney Parks are seen and catered to, and who would want to cater to the needs of an increasingly demanding and ignorant population? We aren’t inspiring the change we want to see. Sure we pay a high price for the exposure to Disney, but that doesn’t absolve us from any contribution we make to the negative impact we have on each other. 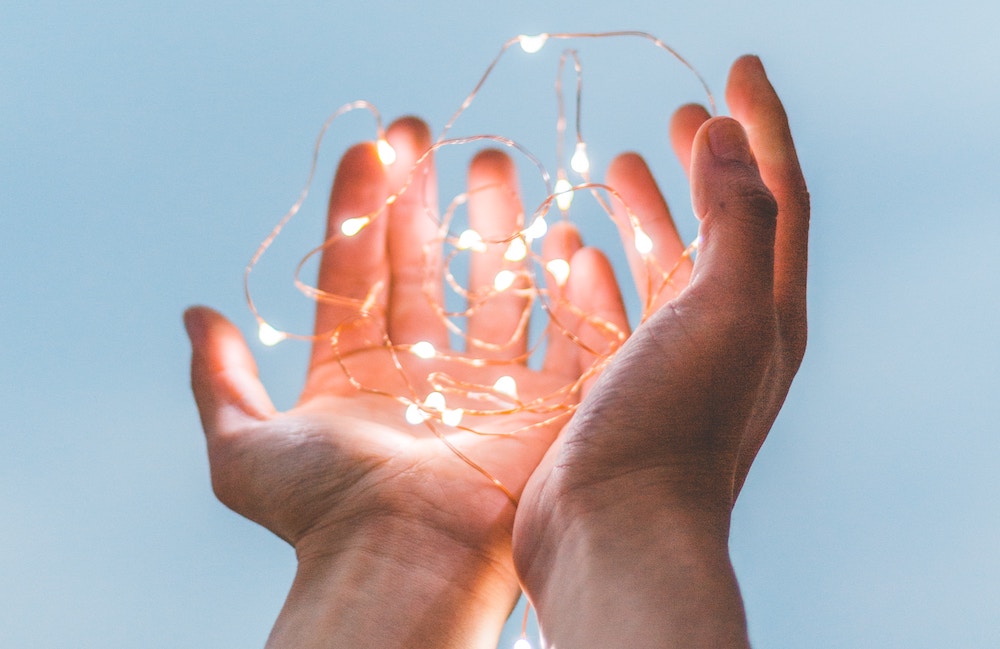 So where do we go from here? Be kind. If you arrive at a ride entrance at the same time as another family, encourage them to go ahead. If you see someone struggling with an ECV or stroller, offer to help. If everyone took a few moments out of their day to revert to an old-school level of kindness and common decency, maybe, just maybe, we could inspire the change we want to see in the parks themselves. It won’t make it any cheaper, but it does have the power to increase the value. Rides will still break down, fireworks will still get canceled, and parks will still be overcrowded — these are facts I am not discounting — but if we can provoke a positive change in our communal demeanor, you never know how far that can reach.

We have an opportunity to return to the days when your next life-long best friend could be in the line ahead of you or when that person who gave up their parade view bench seat to let your elderly parent sit down made your day. The power here is ours. Take it. Encourage those children who can’t see the parade behind you to sit in front; give that desperate mother having a rough time with a problematic child a smile that says, we understand — you are not alone; ask that confused person with a “first visit” pin holding a map if you can help them with directions. Stop watching the fireworks through your elevated smart-device that is recording the view while blocking it for others.

For every complaint there isn’t anything we can do about, there is another one that we can do something about. Let’s worry less about getting what we feel entitled to and more about being better people. Smile when you make eye contact with someone instead of looking away awkwardly. It’s the littlest things that add up to be the biggest ones.

Looking back at my previous example of that 2017 visit to Disneyland I can see it in a different light, perhaps a more even-keeled one given my return from the edge of heat-induced insanity. Sure there were breakdowns, but there were also exhausted cast members, drained of their spark by irate guests berating them at every turn. Fellow guests were breaking the rules and cutting in line, desperate to be reimbursed for the enjoyment that had been missed when another attraction had temporarily closed. You couldn’t turn a corner in any of the shops on property without the poor behavior of another guest aggressively reaching over you to take something they could have waited just a few moments more to access. There was a general impatience in the air with the scent of disgruntled determination noticeably wafting throughout the park.

You might be thinking something along the lines of what came first, the chicken or the egg? And no, I couldn’t think of a clever Disney-fied analogy to use instead — believe me, I tried. Well, whether we are the chickens or the eggs, it doesn’t much matter; we can’t ever know if we are the cause or the effect, but we can make the change and improve how we positively impact other people’s Disney experience.

I did warn you that I ended up down a rabbit hole. This analysis came unexpectedly full circle. One thing I can tell you with great certainty is that being kind doesn’t cost you anything. Give it a try, it all starts with a smile. When in doubt, don’t be a knob.