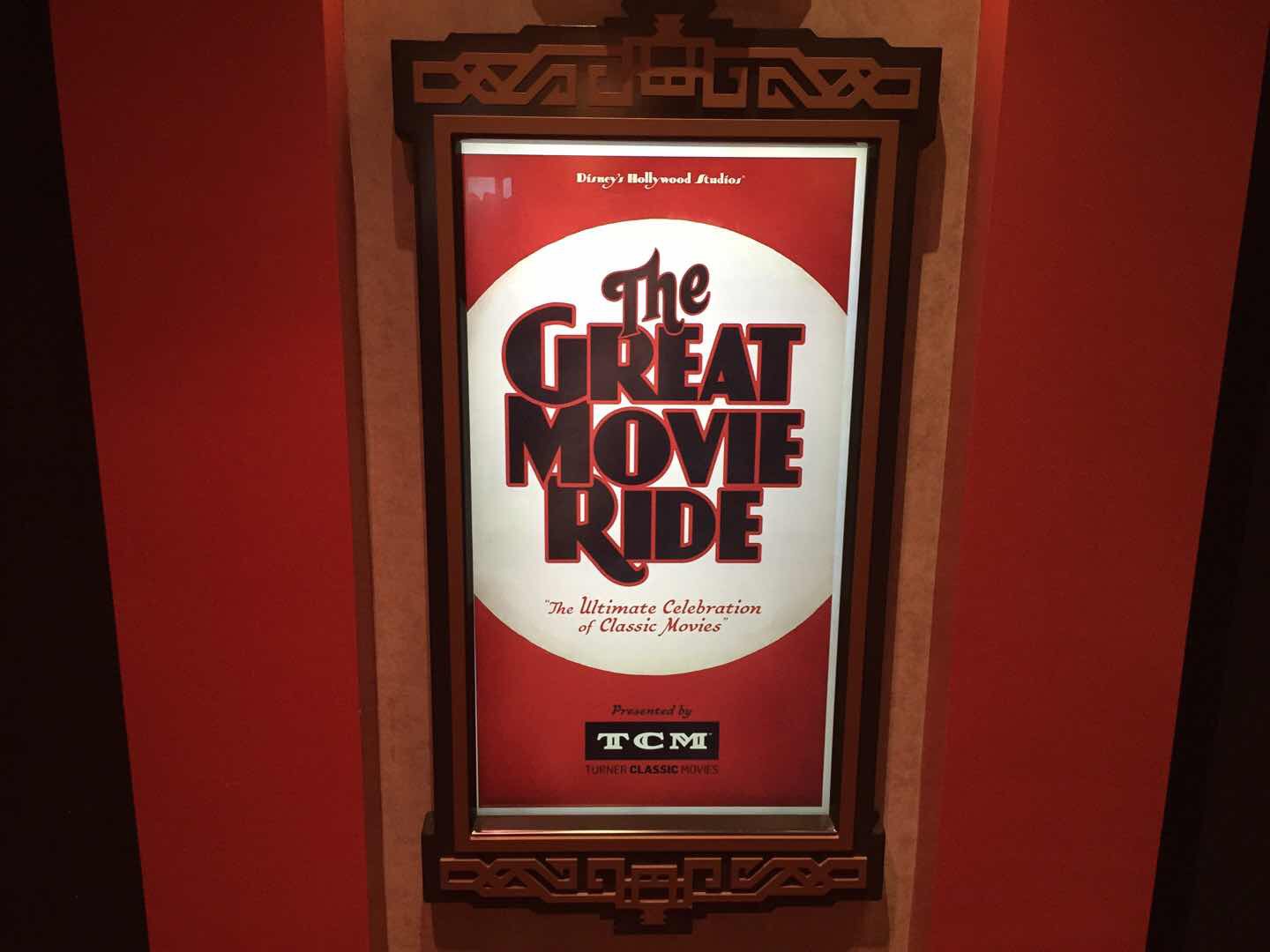 Last year, Disney and Turner Classic Movies (TCM) announced a partnership that would include classics from the Disney Vault being shown on TCM in event blocks every couple months on a Sunday night as well as updates to the pre-show and finale of The Great Movie Ride at Disney’s Hollywood Studios. After months of anticipation, the TCM changes to The Great Movie Ride are now in place and bring new life to one of the most dated attractions at Walt Disney World. The changes start out front of the attraction with brand new posters and signage that proudly announce The Great Movie Ride is presented by TCM Turner Classic Movies. Once you get to the interior queue inside the Chinese Theater you will notice brand new animated movie posters. The posters represent a ton of classic and new films and make the wait visually more interesting. The next big change is to the pre-show video. The poorly projected trailers for the movies seen during the attraction are gone and in their place is a 45-minute long TCM documentary-style video hosted by Robert Osborne of TCM. The new pre-show focuses on the different genres of movies like sci-fi, musicals, adventure, romance and more. However, the pre-show still incorporates the movies you will see in the ride and shows some of their trailers or extended sequences. During the ride, you will hear a new narration by Robert Osborne to go along with the script from your live host. The narration is interesting, but far too quiet and requires some serious sound mixing.

The final major change is the finale. The spirit of the final video is similar to the previous version, as well as some of the clips and music cues, but the digital projection looks a million times better and the subtle differences make the ride feel fresh. Overall, no major changes were made beyond what was expected, but The Great Movie Ride has a new recharged life. The upgraded projections and the fantastic, interesting pre-show are worth revisiting the attraction even if you feel like you’ve seen it enough in your life. The changes will resonate most with die-hard cinema fans, but the new Great Movie Ride will hopefully teach the average moviegoer to dig deeper and discover some forgotten classics.