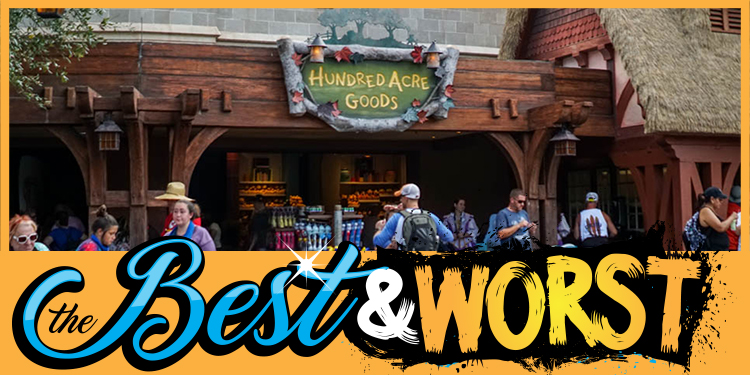 Having to walk through a gift shop at/or around the exit of a theme park attraction has become such an expected outcome in theme parks that the trope has been mocked by several television shows and movies. Walt Disney World is no exception as many attractions have a gift shop at their exit, but the biggest difference is that Disney gift shops are leaps and bounds better than the shops in your average theme park. At Walt Disney World, these gift shops are well themed, have unique and interesting merchandise, and in some cases, these gift shops can add to the experience by furthering the story of the attraction.

In July of 2017, Pete Werner and I shared four of our favorite attraction merchandise locations at Walt Disney World. We had fairly similar lists, which can be seen below:

I wanted to continue that discussion and round out the top ten locations to give you an even better picture of where the best attraction merchandise locations are at Walt Disney World. 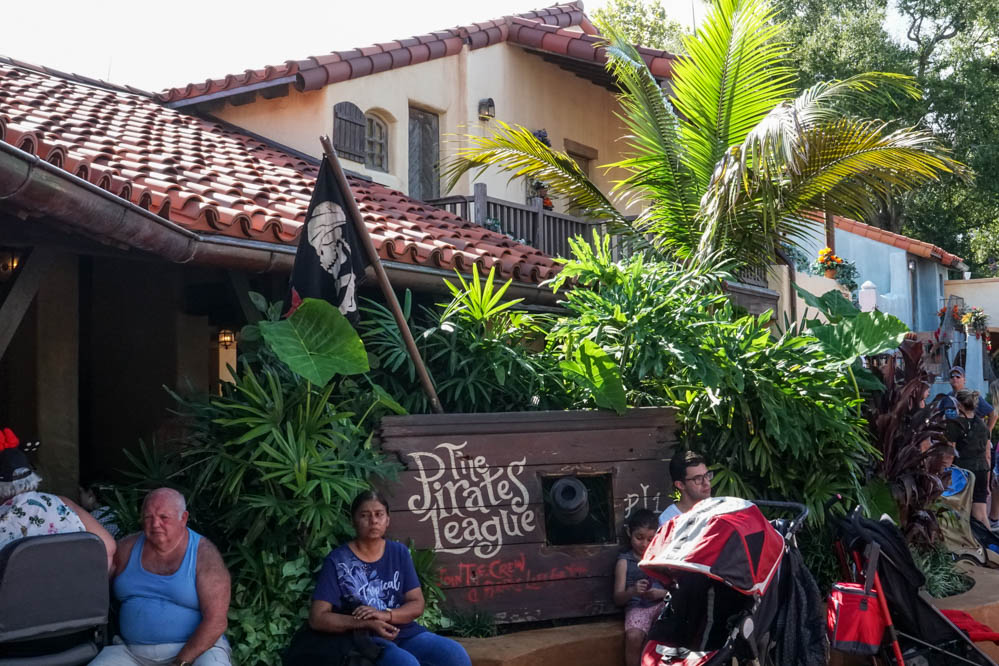 Plaza del Sol Caribe Bazaar is one of the biggest attraction specific gift shops in all of Walt Disney World. There is a massive selection of clothes, toys, home décor, and candies. Plaza del Sol Caribe Bazaar would have made it into my top four gift shops if it wasn’t open-aired, making it a hot and humid place to shop in the summertime. Outside of that one major complaint this really is one of the better merchandise locations you’ll find at any Disney park. What I love most about this location is how seamlessly it fits in with the ride. I love how many of the souvenirs are stored in treasure chests and wooden barrels rather than simple shelving and other traditional retail displays. This small difference makes you feel like a pirate searching for his or her loot rather than a tourist picking up another t-shirt. 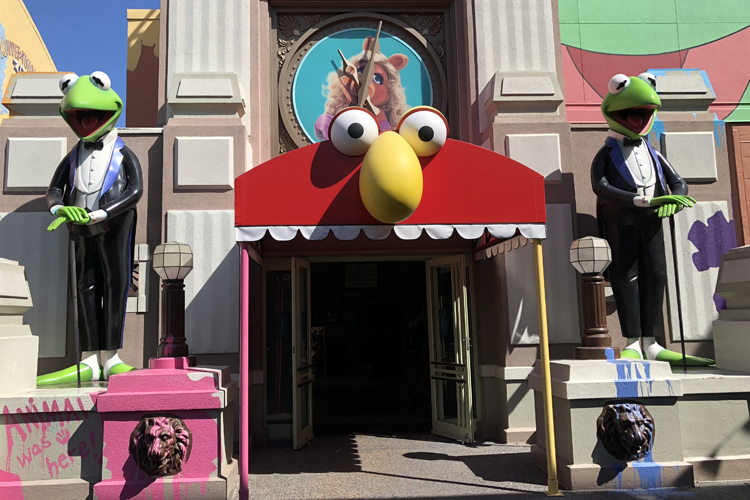 You aren’t forced to walk through the Stage 1 Company Store as you exit Muppet*Vision 3D, but it is directly across the street. There are two main entrances to this store, one is subdued, and the other is exactly what you’d expect from a Muppets-themed gift shop: colorful, zany, and over the top.

There is a small section of the store that looks like you’re backstage of The Muppet Show, which if you’re a Muppets fan like me, you’ll think is awesome. There are a couple other small Muppet themed scenes set up in the store, another one of my favorites is a small section that looks like an apartment complex where the Muppets characters have hung their clothes out to dry in the hallway.

For the most part, the merchandise is what you’d expect from a Muppets-themed store with clothes, plushes, toys, etc. 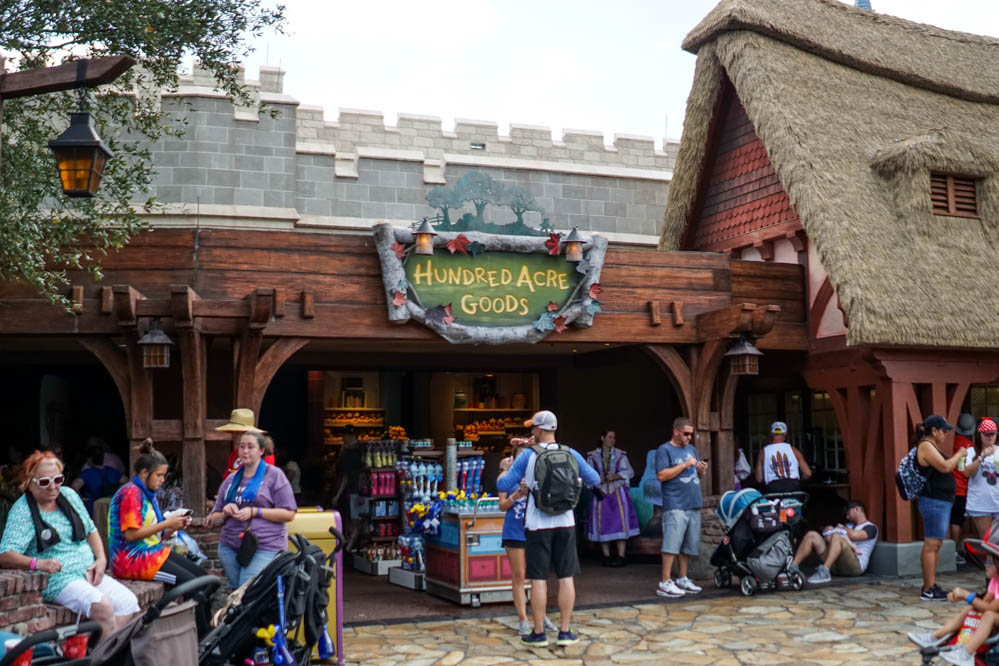 7. The Many Adventures of Winnie the Pooh – Hundred Acre Goods

This is a small gift shop, but it packs in a lot of cute merchandise. There are a ton of Winnie the Pooh themed plushes, children’s clothes, and a section of Snow White and the Seven Dwarfs merchandise due to its proximity to the Seven Dwarfs Mine Train attraction. The store is themed as if you’ve jumped inside the pages of Winnie-The-Pooh. For the most part, this store is geared towards families with young children, so if you fit into that target audience you’ll most likely love this location. 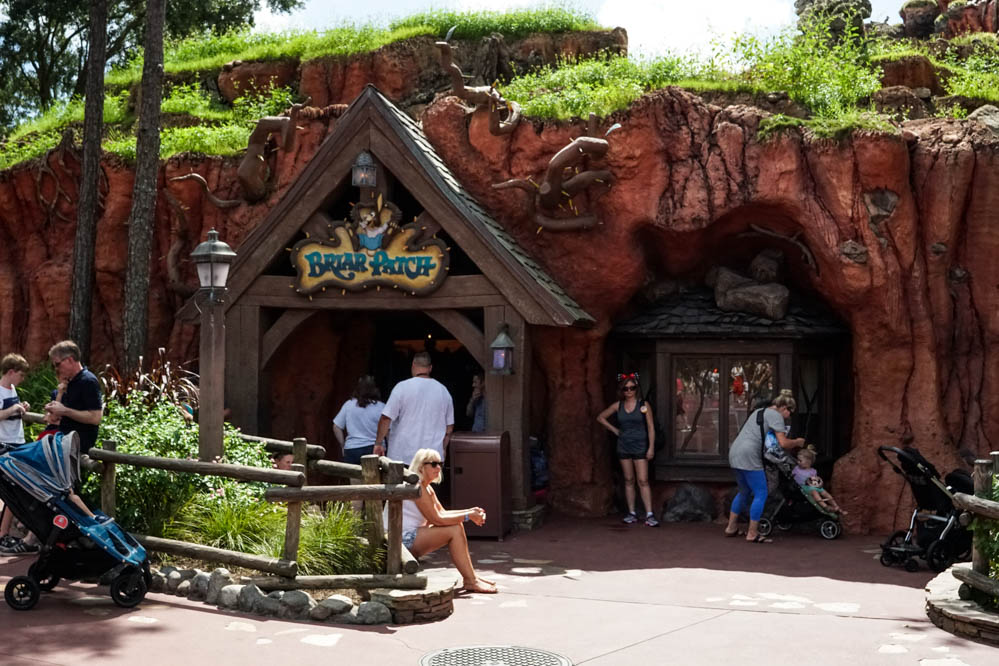 The Briar Patch is another gift shop that you aren’t forced to walk through when exiting its corresponding attraction, but it is worth making your way over to check it out. It isn’t a very big store, but the theming is very present throughout, with the Briar Patch horns winding above you on the ceiling and back wall of the store. If this store were a little larger it would have been higher on my list, but due to its size, it doesn’t have a ton of merchandise.

Also, worth mentioning there are two rocking chairs in the very front of the store, which is a decent spot to relax and take a break if you are the non-shopper of the group. 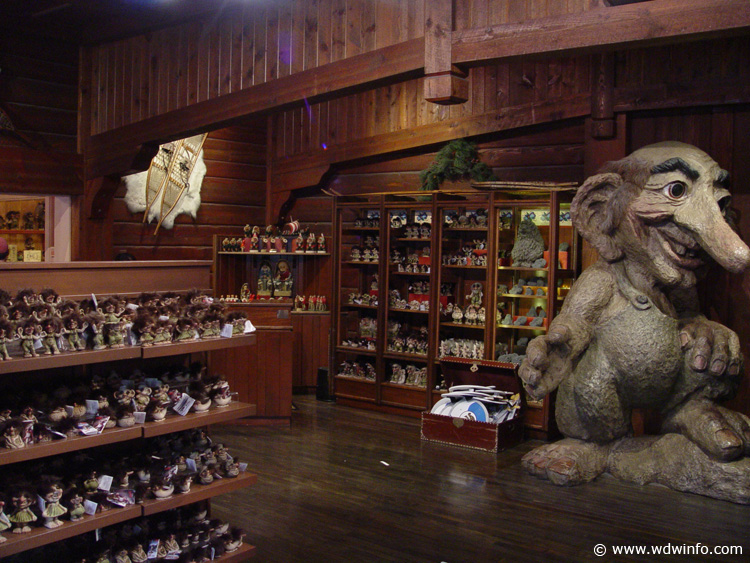 9. Frozen Ever After – The Fjording

The Frozen fandom frenzy may not be what was four or five years ago, but it is certainly still alive and well. So, despite grumblings from guests (like me) who loved Maelstrom it subjectively made sense that Disney would transform it into Frozen Ever After, and with the ride transforming it also made sense that a section of The Fjording store would also be changed into a Frozen themed location.

The store is packed with Frozen toys, plushes, clothing, and so much more. I’m not the biggest Frozen fan out there, but children and their parents love this location, so despite it not being my personal favorite I figured it at least deserved a spot on this list.

The front of the store is filled with Norway themed merchandise, but that back room is fairly large and packed with exclusively Frozen themed items. 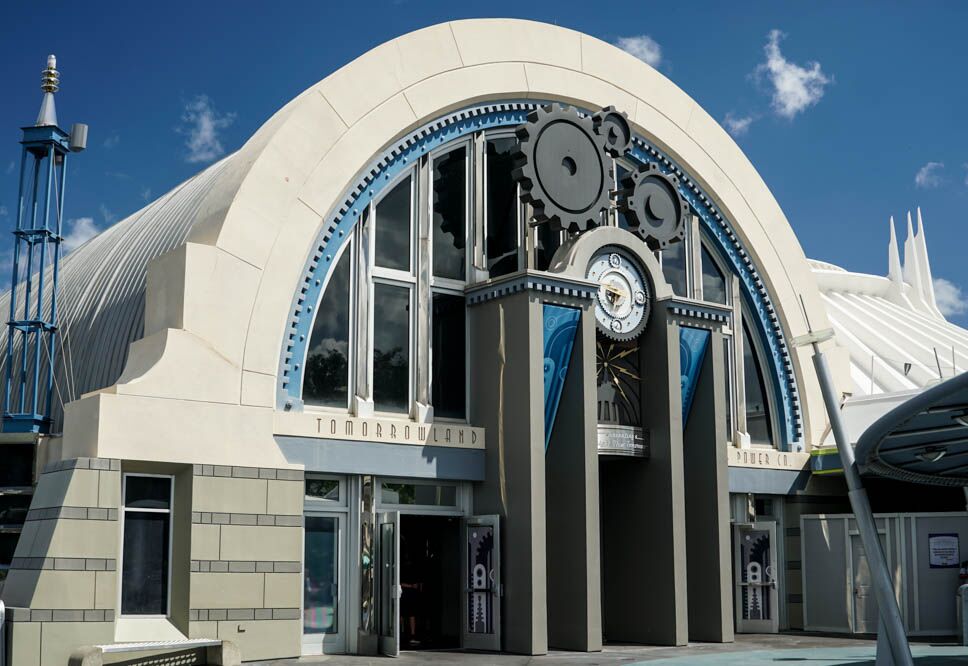 Just making the cut is the Tomorrowland Light & Power Co. This is a huge store and has a lot of great merchandise. The only detractor is that there isn’t a ton of Space Mountain specific merchandise. Despite that, this shop is still one of the best on Disney property because it still has a lot to offer including the D-Tech custom phone cases, massage chairs, and a charging location to fuel your electronic devices. This previously was the location of a huge arcade that was fairly popular. I’m not one to spend time at an arcade while I’m at a theme park like the Magic Kingdom, but with how many guests used to enjoy it I’m surprised Disney took it away.

So that’ll do it for what I consider the top ten attraction merchandise locations at Walt Disney World. I’d love to hear your thoughts, so let me know in the comment section below or on Facebook what locations you would have put in your top ten!