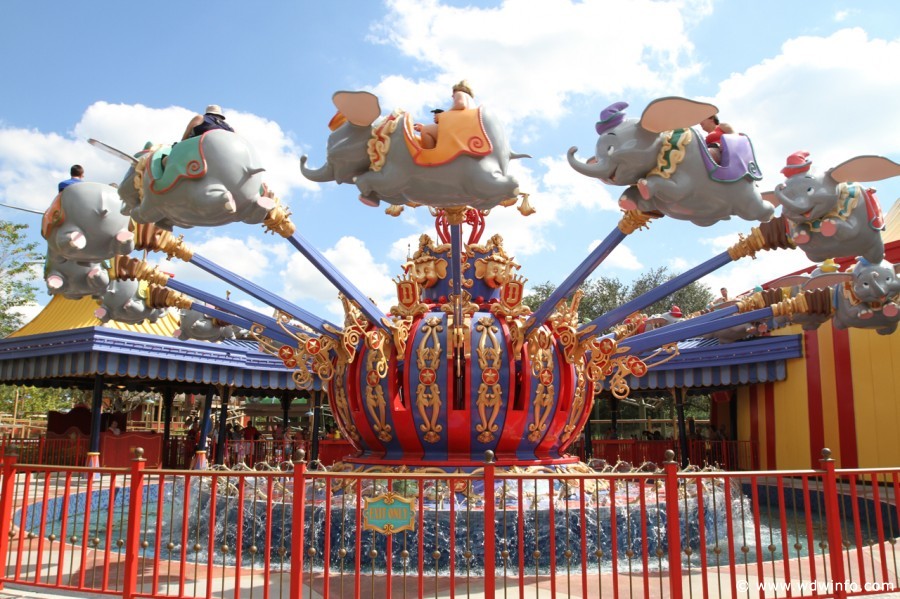 I won’t lie – I was one of those people who insisted that they’d never take a very young child to Walt Disney World. I was going to wait until my child was old enough to ride everything and actually remember the trip. If we lived nearby, sure, we’d consider it, but traveling all the way from Prince Edward Island, Canada (“Where?” you say…) seemed like a long way to go when we really weren’t sure how it would end up turning out.

So, what happened? Obviously I wouldn’t be writing this unless I had traveled to Walt Disney World with a young child. Here’s the story:

I was going to be traveling as a chaperone for a high school choir trip to do the Disney Performing Arts Program. My husband had never been to Walt Disney World before, and my daughter was going to be about one and a half by the time we traveled. Basically, what it came down to was that I didn’t want to go without either one of them, and we also realized that we would really only have to pay for my husband (stay tuned to find out why). Here are some pros, cons, and wildcards for you to think about if you’re pondering taking a young child to Walt Disney World. 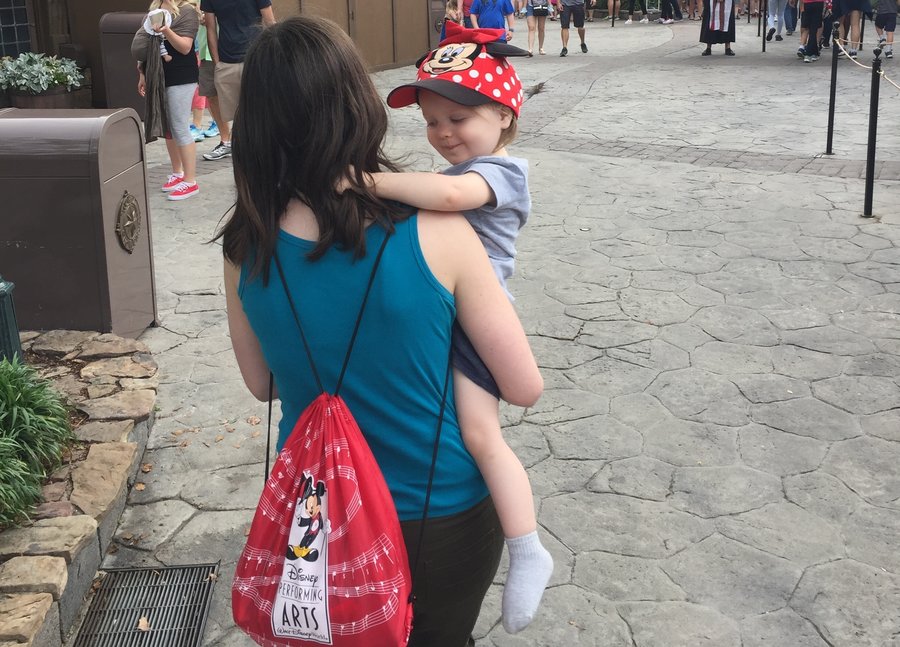 If your child is under two, they fly for free. They have to sit on your lap during the flight, but at that age, that’s probably where you want them anyway! Obviously, this can be a significant savings.

The wildcard here is how well your child travels. Traveling can be exhausting and taxing for people of any age, and some kids handle it better than others. Our daughter ended up loving flying on a big plane (despite the ear infection she had before we left) and adjusted well to our new “schedule” — or sometimes lack thereof — while traveling.

Here’s another place where you save some cash. If your child is under three, you don’t need to purchase park tickets for them. There’s no con, here — just pure savings!

Using Disney transportation from the airport to the resort and from your resort to the parks is incredibly convenient. It’s especially excellent if your child happens to have a nice little snooze almost every time you get on a bus. It also makes it easy to head back to the resort, take an afternoon break, and nip that meltdown potential right in the bud. Then you can head back to the parks later feeling refreshed!

One con here is that if you’re getting on a bus, you have to fold up your stroller (if you’ve brought your own or have a rental from off-site; If you’ve rented a Disney stroller, you have to leave it at the park, anyway). This is not a huge deal — unless there’s a child already sleeping in it. If you’re going on the monorail, you’re okay to leave your child in the stroller. 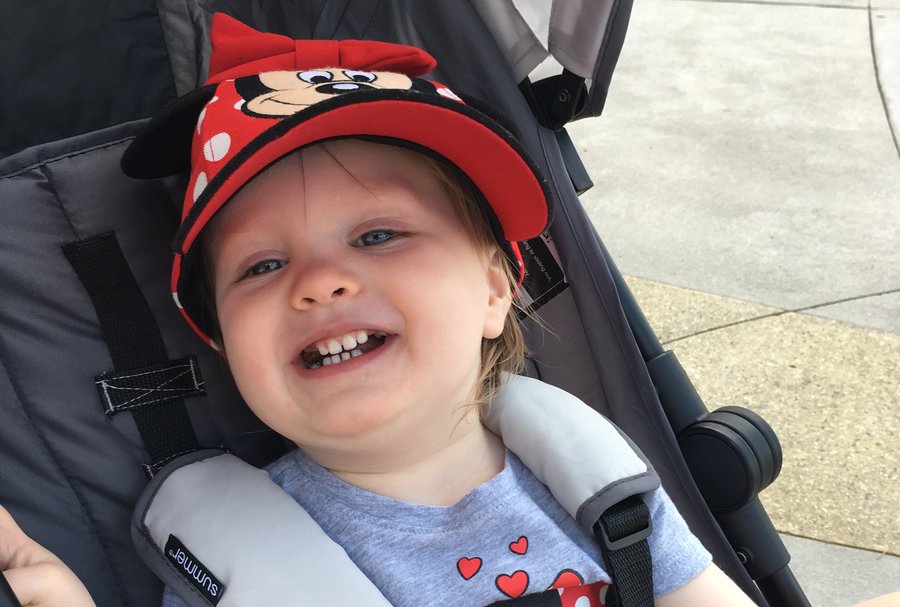 If you’re not staying on property, I can only imagine that getting to and from the parks could be a time-consuming challenge; however, I’m sure there could also be perks to having your own car with a young one in tow. Since I haven’t done this, I’ll leave this part to your imagination instead of speculating for you.

Children under three can eat off your plate at Disney restaurants and they get a free kids’ beverage at table service meals. I would highly recommend doing some buffets, since children under three eat for free and you don’t need to worry about ordering a meal for yourself based mostly on what your child will eat.

The potential downside here is that if you have a kid who can eat a lot, you either have to sacrifice a good chunk of your own food or pay to order food for them (voiding the “free” aspect of their dining). We definitely had a few meals where we felt like our daughter ate half of each of our steaks — because she did. Again, buffets or family-style meals are a good remedy for this issue.

This is one that could go either way, for sure. Some kids love character interactions, and some kids are absolutely terrified of them. I think the best thing to do here is prepare your kids as much as possible, and if it turns out that they are freaked out by the characters, try to keep your distance as much as possible. Before we left, we showed our daughter videos and explained to her how “really big” the characters were going to be. She told us that she wanted to give them big hugs — and it turned out that she was true to her word. She squealed with glee and gave every character she met hugs and kisses and smiles galore. This could just as easily have not been the case, though. 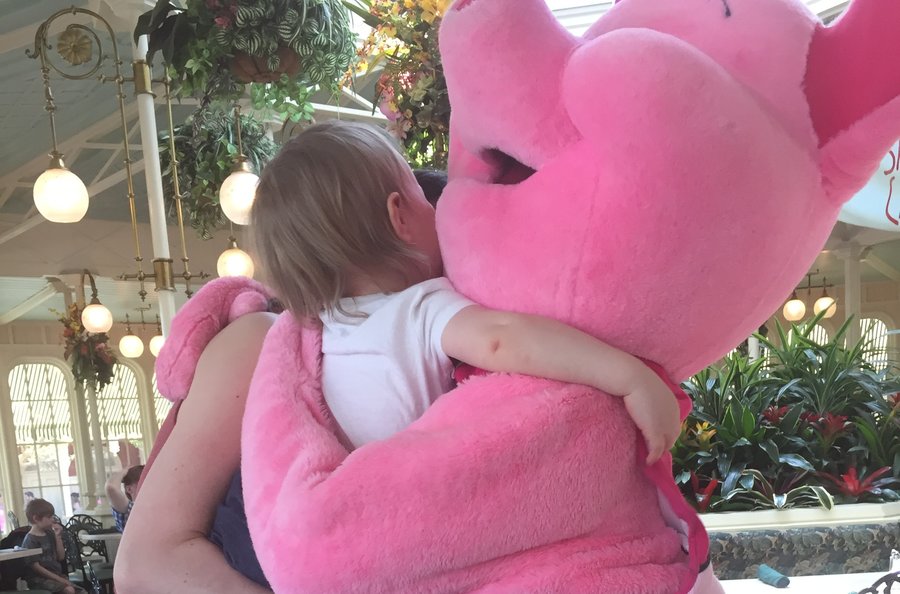 I would recommend not planning too much of your trip around character interactions (advance dining reservations, FastPass+ selections, etc.) unless you’re pretty sure your child will be okay with the characters. If you do know, book some character buffets! If you have an opportunity close to home to let your child interact with costumed characters (even Santa), this could give you a good idea of what you’ll be working with.

There are so many things for young children to do in Walt Disney World. So many! I won’t even begin to talk about all of them in this article because it would end up being incredibly long (maybe another day!). This is a great thing. There will be plenty for you to do, but you also have to realize that you’re not going to be able to do it all. Come up with a few things that you really want to make sure you do, and beyond that, everything else is just a bonus. In other words, as has been stated on numerous occasions by DIS team members, “manage your expectations.” With a young child, this is even more important, because you need to be prepared to walk away if a line is too long or someone needs a snack or a nap or whatever the case may be.

Speaking of long lines, make sure you take advantage of FastPass+. This will significantly reduce your wait times and make your life a whole lot easier. It’s worth it to use FastPass+ for certain attractions more than others, so it’s also a good idea to do a little bit of research to see which of your must-dos require a FastPass and which ones usually have more reasonable wait times that your child can probably deal with. 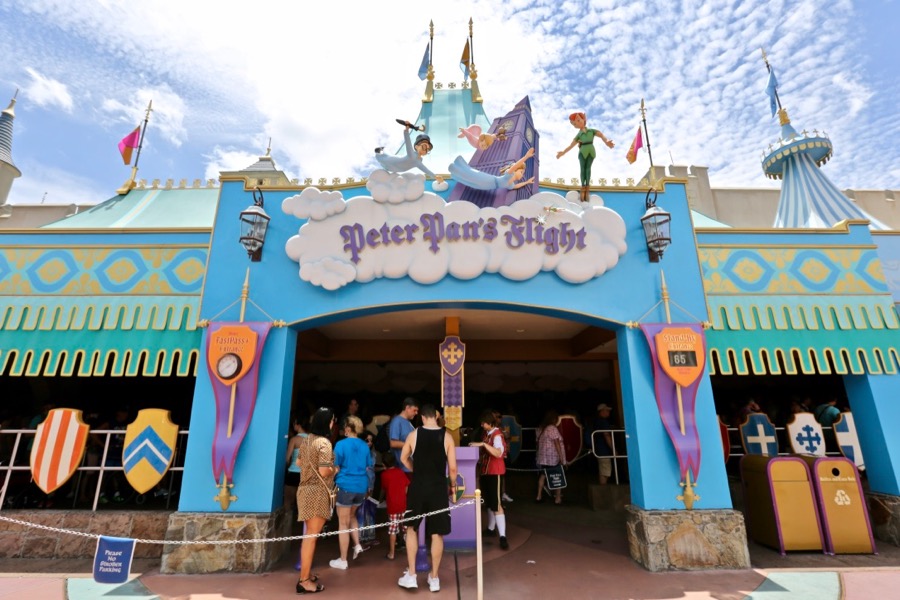 Disney’s Rider Switch is also a great service to utilize. Although it does take some extra time (the length of the ride plus the length of the FastPass line), it is worth it to make sure that the grownups (or big kids) in your group get to ride everything, even if the littlest ones can’t. Essentially, you tell the cast member at the entrance to the ride that you’d like to do rider switch, and they will give you a lanyard. When you get farther into the queue, another cast member will give you a paper FastPass that can be used for whichever members of your party want to ride next (some of you could ride more than once).

One potential con of rider switch is that, if you’re traveling with two adults and only children who are too small for the big rides, the adults will end up riding by themselves. If, however, you are traveling with several adults, you can actually strategize and use your FastPasses and the rider switch service to a great advantage.

Not only are there so many things for young kids to do in Walt Disney World, there’s just so much magic for them there. They’re not looking at everything and trying to figure out how it works or finding the flaws. They’re taking it all in with a look of wonder on their little faces. Traveling with a young child also provides you (and anyone else in your party) the opportunity to experience Walt Disney World through a child’s eyes. Translation: extra magic for you, too. 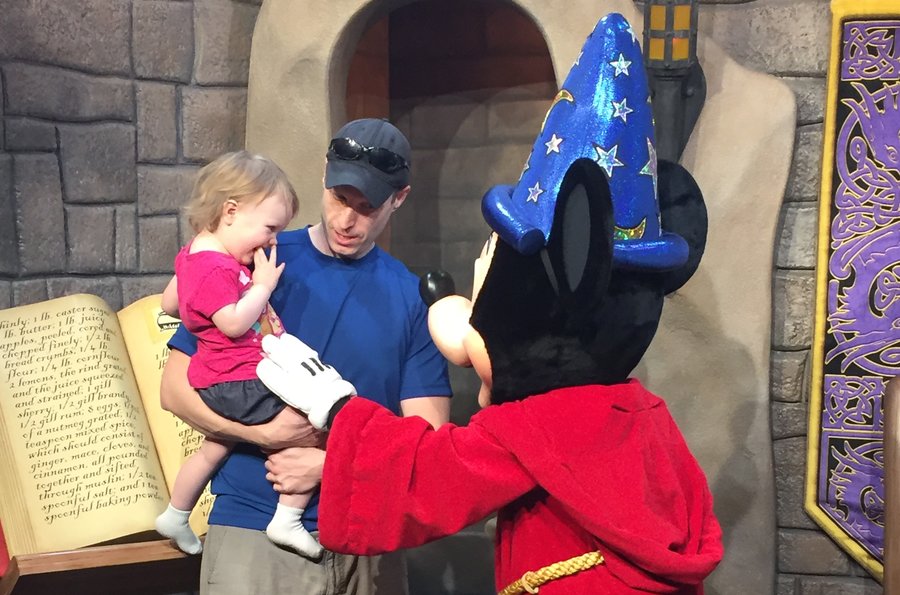 The magic of meeting Mickey Mouse

One of the biggest arguments against taking very young children to Walt Disney World is that they won’t even remember it at all. This may be true, but you’ll remember it. You’ll have pictures (even ride photos if you purchase Memory Maker). You’ll tell stories about it.

My daughter’s first trip was one year ago. She’s now two and a half, and she still remembers it — truly. Do I expect her to remember it when she’s older? No, not really. I do think the positive experience she had will stick with her, though, and I know that we’ll tell her stories and show her pictures and she’ll know how much fun she had. We’ll tell her how she had less meltdowns than almost all of the teenagers we were traveling with. We’ll tell her how she got up every morning and went over to her stroller as if to say, “What are we still doing in this room, guys? Let’s get going.” 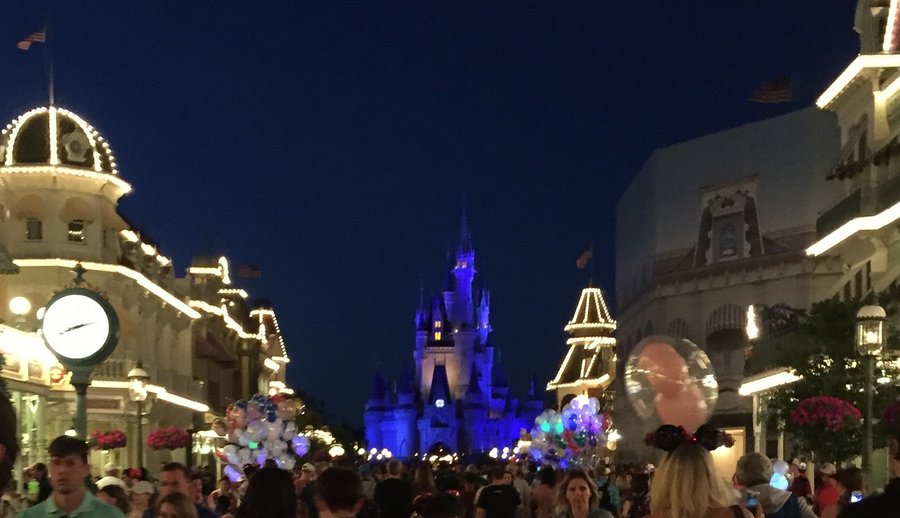 So, should you take your young child on a trip to Walt Disney World? I’d say the biggest factor here is how badly you’d like to go. If visiting Walt Disney World (soon) is something that you really want to do (and I’d say that it is if you’re reading this right now), then go for it. If your child is really young, they essentially travel for free, and I can pretty well guarantee that it will bring you joy to experience it with them. Now, would I bring a little tiny baby to Walt Disney World? Probably not, but I might only be saying that because I’ve never done it… 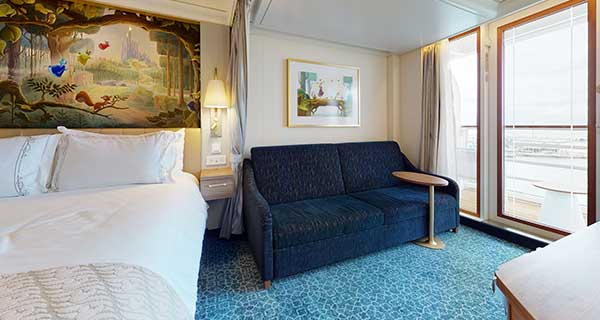