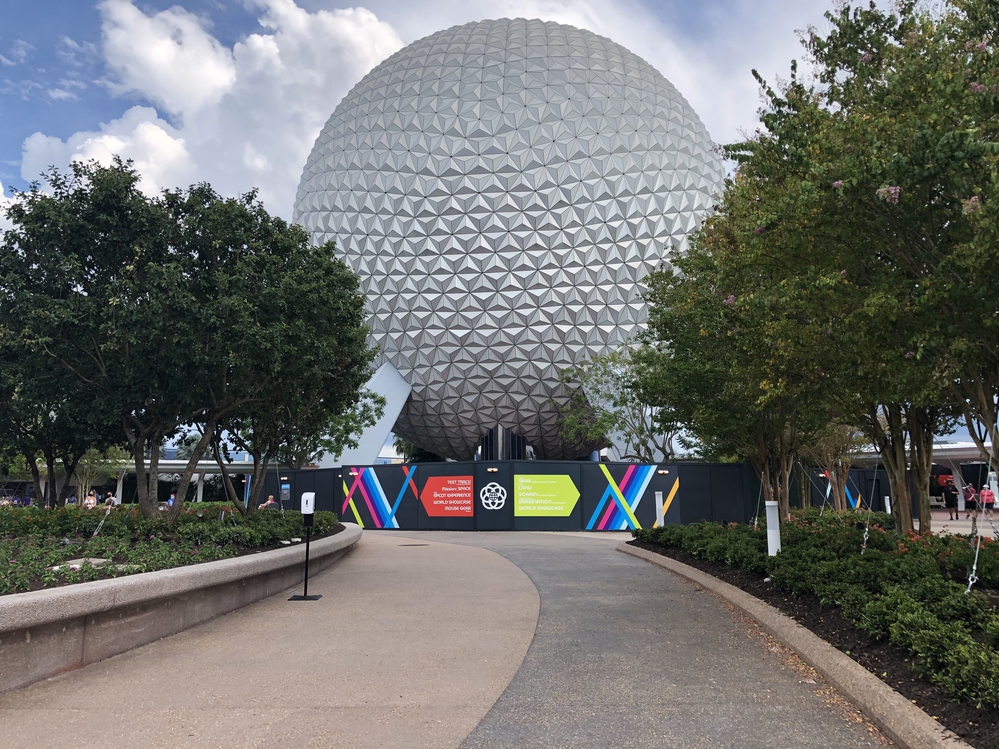 Epcot reopened its doors on July 15th. This means the park’s extensive construction should be continuing. Unfortunately, I am worried about what’s to come for Epcot. The announced future projects, along with the financial losses due to COVID-19 closures, have me wondering: what is the fate of Epcot?

Personally, I was already cringing at the changes being made to Epcot. I am all for updating and evolving the parks if it’s done well, but I have been disappointed with most of Walt Disney World‘s transformation in the last few years. This includes the new direction Epcot is going. For instance, I absolutely loved IllumiNations: Reflections of Earth and as upset as I was, I accepted the change. However, I was let down with Epcot Forever, which paled in comparison to IllumiNations. Then I was far from excited hearing what HarmonioUS was all about because I think it does not fit in with the park. I was also saddened to see the old areas in Future World like the Fountain of Nations, Club Cool, and Innoventions get demolished.

Currently, Epcot is in the process of building attractions such as Guardians of the Galaxy: Cosmic Rewind, Remy’s Ratatouille Adventure, Moana’s Journey of Water, and more. Several of the changes occurring will be in Future World, which will also be renamed. You can find out more about future developments at the Epcot Experience. At the reopening, the Epcot Experience has taken off a couple projects, including the re-imagining of Spaceship Earth. You can read more about that here. This major construction will still continue to reduce the park’s time and space. Again, I am concerned that these changes, including the HarmonioUS fireworks, will not fit in with the park’s vision and history.

When we look back on Epcot’s history, the Epcot we know today wasn’t what Walt Disney had envisioned before his death. Experimental Prototype Community of Tomorrow (EPCOT) was meant as an actual city that would use the latest technologies and concepts to create a better place. In 1982, EPCOT Center opened to the public as a theme park instead. A place that shows futuristic innovations while representing countries from around the world. Epcot gives a glimpse of a possible ideal world that we can have. It educates as well as entertains guests (edutainment) with the goal of creating a better future for us all.

As a Disney park fan, I’m afraid that Epcot will lose that vision. It already has a history of struggling between its original creation and a Disney-focused park like Magic Kingdom. The use of intellectual properties (IPs) such as Finding Nemo, The Three Caballeros, and Frozen replacing rides are perfect examples of this. Frozen Ever After, in particular, replaced Maelstrom in Norway and just focuses on the movie, not on Norway itself. We are seeing more and more IPs being squeezed into the park for the future as well. Should Epcot keep its initial purpose or evolve? What do guests want it to be?

With the future of Disney World, guests should have a better voice. I believe Disney park fans should be heard when something isn’t right or lacks Disney quality. For the most part, these loyal fans just want what’s best for the parks. Epcot has been around for almost 40 years now, and many grew up loving it like myself. This is why I think that Disney needs to be careful with revising the park. If they really want to add IPs, use them well, and mix it in as edutainment. Disney should keep in mind their heritage, values, innovation, creativity, and magic with any changes. The things that fans fell in love with at the parks.

As we look to the future of Epcot’s transformation, I hope that those in charge will respect the park’s history and vision. I hope that budget cuts won’t interfere with these projects. Lastly, I hope not to be disappointed but amazed once again at Disney’s magic. Until then, stay tuned on this website for updates on Epcot.

EN ESPANOL
ShareTweetSubscribe
Save Up to 25% on Rooms at Select Disney Resort Hotels This Summer!