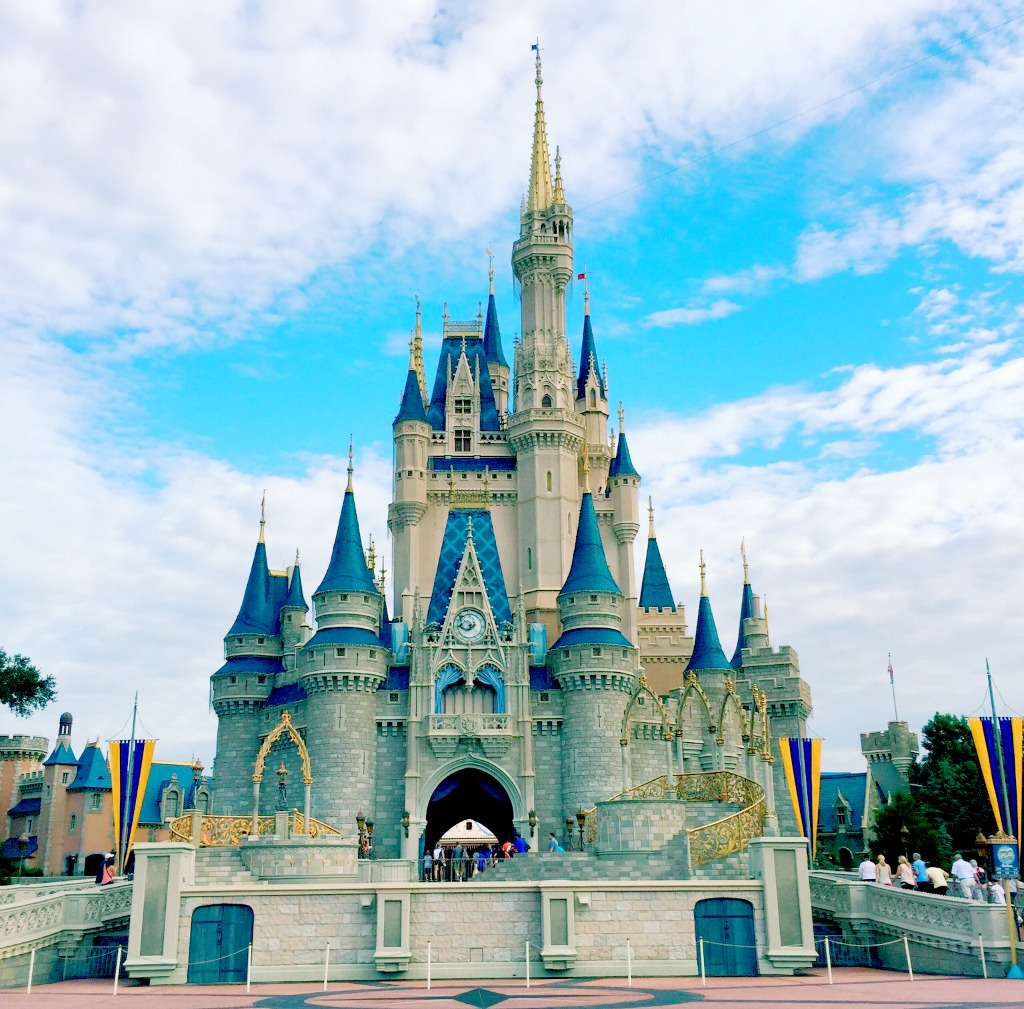 Summer is upon us. It’s one of the most popular times of year to visit Walt Disney World, and it is also the hottest. July and August are nothing short of brutal, even if you’re acclimated to hot weather. I’ve noticed a trend while reading Disney tips and advice: most cooling off tips steer you in the direction of getting wet, like returning in the afternoon to your resort pool, going to a water park, going to a splash area, or riding a water ride. If you’re like me, though, getting wet isn’t necessarily the best option. It makes me uncomfortable and causes blisters and chafing. It also makes for some strange hair situations. Not fun! I much prefer to head towards a few different attractions that I know will provide some relief in the form of glorious Air Conditioning. Here are some nice and cool attractions for each park. Magic Kingdom is chock full of shops, restaurants, snack spots, and attractions that you can briefly step into for some cool air. But if you’re in need of some serious cooling off, there are a handful of attractions that will provide that. The Hall of Presidents is a great choice that might normally be overlooked as “boring” but I find it to be super interesting. The nice, plush chairs and the cool temperature might provide time for a quick nap for kids. (Well… adults too. Nothing like a cat nap in the AC to re-energize.) It’s roughly 20-25 minutes and the lobby outside is just as cool if you have to wait for the next showing. Similarly, the Carousel of Progress is another attraction that has a roughly 20 minute length in theater style seating and full on air conditioning. It will rarely have a wait.

Some additional attractions that will allow a short break are Walt Disney’s Enchanted Tiki Room and the Country Bear Jamboree. Both of these do not generally have a significant wait and are about 10-15 minutes in length. Mickey’s PhilharMagic is a theater show inside, and while it has a longer wait time than the previous attractions I’ve mentioned, it’s inside. The Swiss Family Treehouse would provide some shade and is usually not crowded, though not quite as satisfying as Air Conditioning. The Liberty Square Riverboat would provide a nice breeze as well.

There are also a few attractions in which the queue is mostly inside, so even though there is almost always a wait, it’s not a miserable one. Space Mountain comes to mind first, as the queue is pretty much exclusively inside. Under the Sea- Journey of the Little Mermaid has a mostly covered/inside queue that is quite interactive. Pirates of the Caribbean has a mostly-inside/covered queue as well. Epcot is nothing short of enormous with almost no shade. The sun bouncing off the sidewalk nearly feels like the surface of the sun on particularly hot days. Luckily, Epcot’s attractions are mostly indoors, so walking from one attraction to another is where you will feel the heat the most. The Land Pavilion has a number of attractions and dining options. You could spend a long while in there inside the AC. Soarin’ is very popular and always has a very long wait- but it’s not a hot one! (Even so- try to get a Fastpass+ for this one.) Living with the Land and Circle of Life are inside the pavilion in addition to Soarin’ and are interesting attractions. Circle of Life is another nap spot possibility, as it’s a film in a theater. The Seas- With Nemo and Friends, Test Track and Mission Space also have indoor queues. Most of the remaining Future World attractions are inside different pavilions as well. If you really need a good nap, Ellen’s Energy Adventure is 45 minutes and in a cool theater. It’s kind of outdated, so don’t feel like you’re missing out on much.

Epcot World Showcase can either feel like walking on hot coals, or an entertaining experience. The trick here is to go into each country’s pavilion if you’re able to. Mexico, China, and France pavilions all have some type of attraction inside- be it a film or a small ride. American Adventure is a great resting spot- particularly if you catch the Voices of Liberty. There aren’t as many attractions in general at Hollywood Studios, and it will likely not require a full day. You could park hop to another park or take one of those pool time breaks if you need. But while you are there, a lot of the attractions and queues are indoors. The most popular ride with an indoor queue is Toy Story Mania. The other popular attractions (Tower of Terror, Rock ‘n’ Roller Coaster, the various stage/stunt shows) are either mostly or exclusively outside. The Great Movie Ride, Walt Disney: One Man’s Dream, and Star Tours are indoors. Animal Kingdom is physically the largest park at Walt Disney World, but there is an abundance of trees and foliage, so it’s quite shady. However, I feel that this park is more humid than the other parks- which isn’t very comfortable. There are only a small amount of all indoors attractions here, as well, since most of the attractions revolve around animals. If you’re in serious need of some AC time, Finding Nemo the Musical is a great spot. It’s a 45 minute musical and it feels absolutely wonderful in the theater. This isn’t a nap-worthy show, though. It’s very entertaining. Similarly, Festival of the Lion King is a 30 minute show that is wonderful. Both of these have outside queues, though, so you’ll have to wait on relief until time to enter the theaters. Dinosaur is a ride with an indoor queue that can provide some relief. Most other attractions are partially or totally outside, but they provide a lot of fans and shade at Animal Kingdom that offsets it a bit.

Although Walt Disney World can be quite grueling, knowing which attractions allow you to cool off can really break up the heat. Most importantly, though, is to drink plenty of water!