While on my last voyage aboard the DisneyDream I heard about a 5k run on Castaway Cay. I decided to partake in the adventure and it sure was a magical experience.

It all started on the way to the cruise. I was reading one of my Disney Cruise Line travel guides and came across the 5k. I am an athletic guy but I am by no means a runner. I can’t stand running because I am flat footed. There are much better things I want to do with my vacation than get up and run. That being said, I read if you complete the 5k you would get a medal. Now we are talking! I had done 5ks in the past and had never gotten a medal. I always wanted a medal and the idea of winning one sounded appealing to me. I jokingly announced that I would be doing the 5k to get a medal.

Once I got aboard the ship I saw that the Castaway Cay 5k would in fact be taking place and I decided why not give it a go! I signed up for the free excursion and was told to get up and report to the designated lounge at 8 a.m.

I grudgingly woke up early after a long night on the ship. (You have to make the most of your cruise.) I went to the buffet to fuel up before the race. I could have eaten a nice healthy ‘runner’s breakfast’ but not on a Disney Cruise! I had a filling meal of corn beef hash (yeah I regretted that around mile 2), bacon, eggs, and of course Mickey Waffles (carbo-load… or something like that). I then made my way down to the lounge, full and ready to head back to bed instead of out to race. As I stepped into the lounge I wondered what in the World I had gotten myself into. I was surrounded with people in full running gear; it looked like the starting field of an Olympic Marathon as opposed to that of a Disney Cruise. These guys were not messing around; I, on the other hand, had not prepared for this and was wearing basketball shoes and not running ones! I proceeded to the corner and I began stretching before the race ahead of me. We then heard a short presentation from the Cruise Staff about the route we would be running, were given a bib and then we disembarked.

One plus to doing the Castaway Cay 5k is that you are the first ones off the ship. As soon as we get the clearance to go ashore, the racers are off. Since Castaway Cay is owned by Disney disembarkation was an easy process and the Cruise Staff guided us off the ship. It was a scorcher out that day, which I guess is to be expected in Castaway Cay. It was in the high 80s at 8 in the morning so it was going to be a challenge to run. After we disembarked we were led to the start of the race and then we were off. Being the competitive athlete I am, I could not do this just for fun. I know this was supposed to be a fun race, and it is perfectly fine to run it for fun. I needed to prove to myself I could do it. I had done two 5ks before this one and I had done them both without stopping to walk. I do not train for them I just go, for me running is a mental thing. If you can push through the pain you can do it. I wanted to push myself and do this 5K without walking, and then I felt like I would have earned that medal. It was a surreal experience racing while listening to the soundtrack of Pirates of the Caribbean on my iPod. The Black Pearl from the movie is stationed at Castaway Cay (editor’s note – the ship is no longer there) and being that this was a Disney run it was nice to have that music pushing me forward. I started out the race way too fast and excited and soon started to hit a barrier. The problem I had with the course was that it was set up in a way that you started by running through a sort of forest then you come to an airstrip. You then enter a larger forest and go through a big half circle, then after you get out of that circle you come back to the airstrip and run down the length of the runway. When you get to the end of the runway you turn around and do it all over again. I absolutely hated that long circle. The circle comprised of about two-thirds of the entire 5k and once you were in there you could not tell when it was going to end. You just kept going around and around and around until finally you come out onto the airstrip, just to go back around and around and around again. It was so disheartening when I felt like I had no more left in the tank I kept saying that we have to be done soon, but then realized we weren’t even halfway through! That half circle went on for what seemed like ages and that was a real challenge.

Being a RunDisney event there was, of course, the magical interactions. The cast members set up a water station that served you water twice (on the way there and back.) They also offered words of encouragement. I know this is nothing special to regular 5k runners but this just seemed special, as always the Disney Cast Members go above and beyond. I kept on running and running and I was even being cheered on by the other slower runners/walkers I was passing on my way back. I finally got through the circle for the second time and was on the homestretch; I could see the end in sight. At the finish, the Cruise Staff cheered me on and I sprinted across the line! I had done it. I achieved my goal of running the whole way through and I was handed my medal! After the 5k, there was a tram available to take me back to the ship, so I then got back onboard and met up with my family. The good thing about the 5k being so early was that afterward you had the whole day to relax and enjoy Castaway Cay!

I have been on many cruises; I have sailed on Disney and Carnival Cruise Lines. I can say though that I have never felt the sense of accomplishment that I felt completing that 5k. I proudly still have that medal hanging above my bed! The first medal I ever truly won. I can’t recommend enough the Castaway Cay 5k. It is for the avid runners or those like me who just want to do some physical activity, and get a medal for it. If you want to go the extra mile (or 3.1), then I would 100 percent say that the Castaway Cay 5k is something not to be missed. If nothing else you can have an extra dessert (or two or three) because of all the calories burned running in the Caribbean heat! 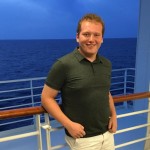