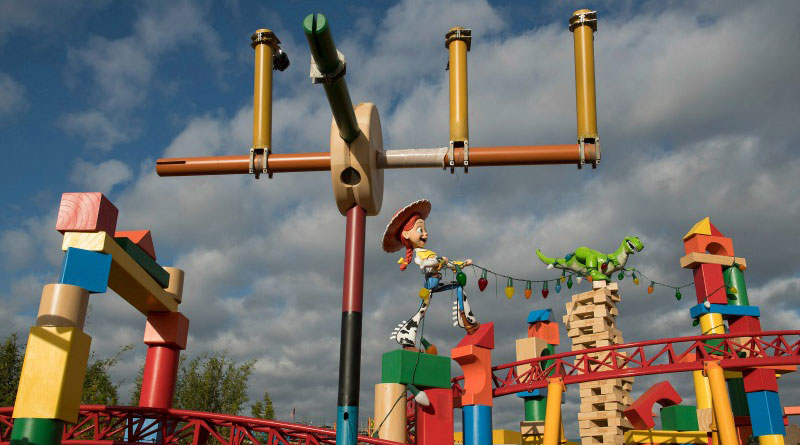 Welcome to the April 2018 edition of Disney Rumor Round Up! You can check out the March 2018 installment here.  Disclaimer: any rumors mentioned in this article are not confirmed by Disney and may not ever happen. Tomorrowland work continues as the new Purple Wall has made its debut at the entrance to the land. The exterior walls of Tomorrowland have also been revealed as they continue to paint those. Over near Buzz Lightyear’s Space Ranger Spin, the Green Alien-themed merchandise kiosk has been removed completely, freeing up space in that area. Carousel of Progress also continues to be repainted. New rumors regarding Epcot have died down a bit. So for this month I am going to recap the most likely rumors from the past few months that surround Epcot.

Epcot is surely to remain a key piece of theme park rumors for the next several years.

Toy Story Land progresses towards its June 30th opening. Media invites were sent out with dates being June 28-29, 2018. Speculation due to the progress of the land has been that there may not be large Annual Passholder or Disney Vacation Club previews like there were with Pandora. It is still possible though, so don’t lose all hope if you are looking to attend one.

Animal Kingdom celebrated its 20th anniversary in April 2018 and looks forward to much to come in its next twenty years, including possible changes to Dinoland as mentioned in previous editions of Rumor Round Up. WDWNT is reporting that Disney has ordered a new fleet of monorails built by Bombardier. They claim that part of the reason the Main Street Theater project was cancelled was to help fund a replacement for the ever-aging monorails currently at Walt Disney World. No word on timing, but they do say soon. Monorails could take years to be fully operational at Walt Disney World as they have to be custom built and then tested on the lines across property. According to a separate source of mine, no deals have been made with any manufacturer at this time and they will be continuing with the current monorails. That said, they are actively looking at possibilities for new monorails with several manufacturers, including Bombardier.

Permits have been filed for the Star Wars Hotel project taking place near Hollywood Studios. The project has the code name in permits “Project H.”

According to DLthings on Twitter, Disney executives want the abandoned Peoplemover track in Tomorrowland removed and things could start moving on that as soon as this fall.