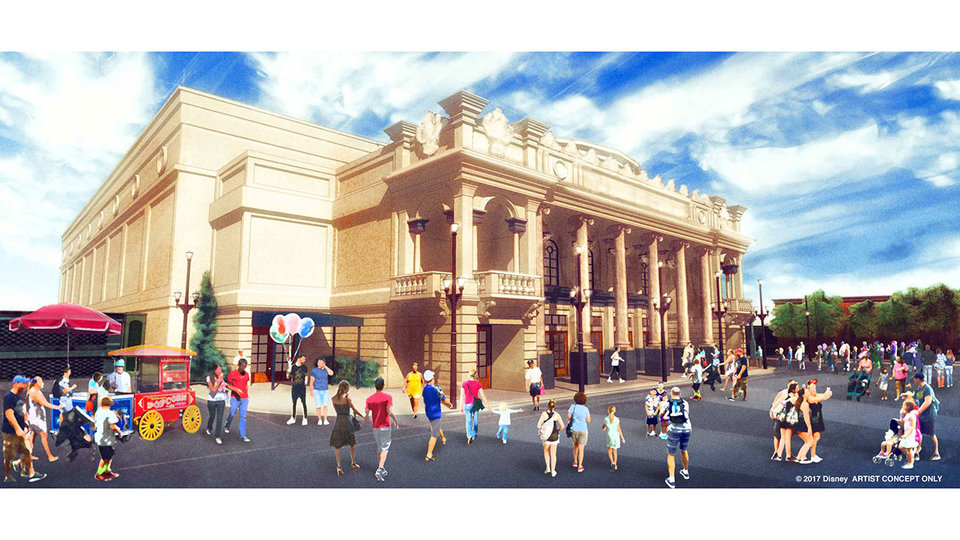 Welcome to the February 2018 edition of Disney Rumor Round Up! You can check out the January 2017 installment here.  Disclaimer: any rumors mentioned in this article are not confirmed by Disney and may not ever happen.

It appears the Main Street Theater announced at the D23 Expo in July 2017 has been cancelled. Many reports from various sources indicate the project was delayed indefinitely or cancelled altogether. The construction fences and equipment were reportedly removed from the area before major work began. Sources at WDWMagic indicate the funds from that project have now been allocated to other projects for the Magic Kingdom.

As mentioned in previous Rumor Round Up’s, Tomorrowland is the land of focus in preparation for the 50th anniversary. According to WDWMagic sources, Monster’s Inc. Laugh Floor, Buzz Lightyear Space Ranger Spin, Space Mountain, and Astro Orbiter are the only aspects in the land which won’t see an update for the 50th. The rest will see something, whether it be a simple update or something more like the Stitch’s Great Escape change.

Epcot’s overall renovation will reach further than Walt Disney World’s 50th anniversary, with aspects being completed in 2022 and beyond. 2022 is Epcot’s 40th anniversary, which is the year in which they want most of the projects completed. The budget is upwards of $2 billion, according to several sources.

An Agent P’s World Showcase Adventure refresh is still on the table, with the possible theme of DuckTales. An update to the Land pavilion now seems less likely as funds for the Epcot project are getting worked out. The new space-themed restaurant will have a unique entrance, according to sources at WDWMagic; you’ll have a simulated entrance where you enter into space. It also seems the Coco overlay of the Gran Fiesta Tour is no longer happening, or at least in the capacity originally intended. In the United Kingdom pavilion, Mary Poppins remains the current rumored IP and now the attraction may be bigger than originally thought. It is said to be opening in spring 2021 if all goes to current plans.

Both WDWMagic and WDWNT have sources saying the Wonders of Life will not be used as the Festival Center for the Epcot festivals anymore. This building, which used to house multiple attractions, has also been receiving a refurbishment to its roof. Disney executives and Imagineers were spotted outside the building in late February, which leads to the speculation that something new may be coming.

Finally, D23 Expo Japan gave us a few more details regarding the upcoming Guardians of the Galaxy coaster in Epcot where Universe of Energy once was. The coaster will be one of the longest indoor coasters in the world and use an innovative ride system. Disney also mentioned that the ride will open in 2021 — in time for the resort’s 50th anniversary celebration. According to several sources, the ride should open in spring 2021.

Disney has officially announced the opening date of Toy Story Land at Hollywood Studios. It is opening later than expected: June 30th, 2018. It was long rumored and expected that it would open Memorial Day weekend like Pandora did in 2017. There are a couple of factors that could have played into that though. Sources of mine have indicated that there was possible water damage or roof issues with the new Alien Swirling Saucers attraction which could have pushed back that opening date. The Slinky Dog Dash coaster has been testing on its tracks for some time now.

Disney also officially announced the opening year for Mickey and Minnie’s Runaway Railway being 2019. According to sources at WDWMagic, the new trackless 2.5-D ride will open in fall 2019, closer to the opening of Star Wars: Galaxy’s Edge.

Along with these new announcements Disney also mentioned the name “Disney’s Hollywood Studios” is staying for the foreseeable future. This doesn’t mean forever, but at least for a while. Sources such as Jim Hill indicated “Disney Cinemagine Park” was on the table as the new name. That possible change drew strong criticism among the public. Sometimes Disney will purposely release or leak things like this to gauge public interest. That could have very well been the case here.

In addition to all that is happening at Hollywood Studios, another new attraction is being looked at for the park. Indiana Jones appears to be a possible property for said attraction. One of the ride systems looking at being added at Walt Disney World is the one from Shanghai Disneyland’s Pirates of the Caribbean. Stay tuned for more information regarding the possibility of a boat ride being added to Hollywood Studios. Dinoland U.S.A. was once rumored for a new Indiana Jones-themed land. Now it seems to have shifted, with the current rumor being ongoing discussions within Disney of an overall land update with one additional attraction. With the new rumor of Indiana Jones possibly getting a new attraction at Hollywood Studios, an overall land enhancement seems more likely. Things are constantly changing right now though, with money being allocated and re-allocated to different projects. Disney gave a few more details regarding the Star Wars hotel coming to Walt Disney World. The new resort will be officially connected to Disney’s Hollywood Studios. While no opening time frame was given, many are speculating it will open in time for the Walt Disney World 50th anniversary.

According to WDWNT and others, Disney is exploring the possibilities of restructuring its Annual Passes in preparation for Star Wars: Galaxy’s Edge. Disney is apparently looking to revamp its blackout calendar for the year, and there would be times where Disneyland park is blacked out and DCA isn’t. Another thing being looked at is blocking out access to Galaxy’s Edge from Deluxe and SoCal passholders for the entire summer, at least for the first year it is open. There is an expectation that MaxPass pricing will increase before Galaxy’s Edge opens as well.