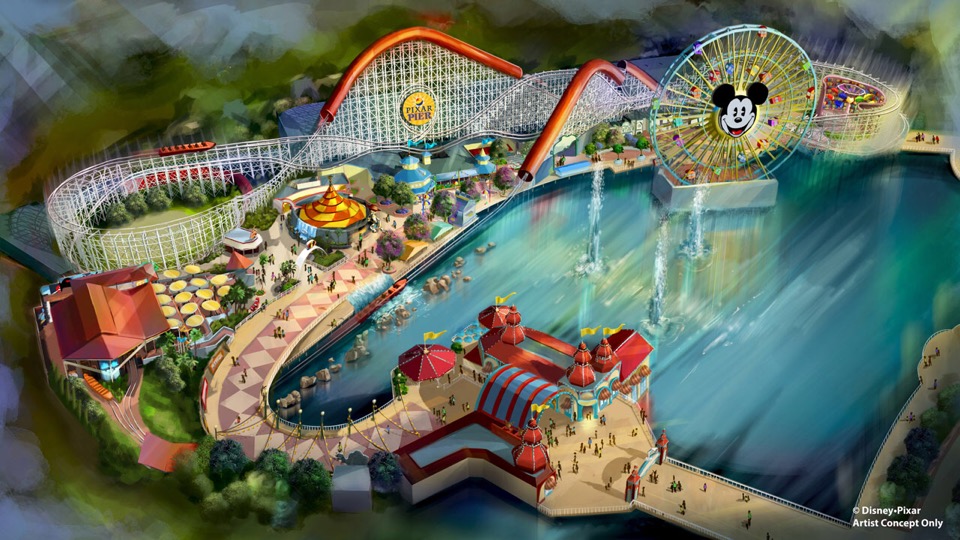 Welcome to the first edition of Disney Rumor Round Up for 2018! You can check out the December 2017 installment here.  Disclaimer: any rumors mentioned in this article are not confirmed by Disney and may not ever happen. Talking Mickey in the Town Square Theater at the Magic Kingdom is said to be going away in early May 2018. According to a source of mine, this move is to cut costs as the talking version of Mickey Mouse is more expensive to run than the regular version, and it causes confusion with guests as Mickey does not speak at other locations across property. This news is disappointing to many, as talking Mickey was a highlight in the Magic Kingdom and always had long lines.

According to a source on WDWMagic, Mickey’s Not So Scary Halloween Party will begin on August 24th this year and have three total parties in August. The test where the parade (Festival of Fantasy) was moved to 2 pm and the party began at 6 pm worked and will continue this year.

Tomorrowland is the focus of the updates that the Magic Kingdom is getting in preparation for the Walt Disney World 50th anniversary. The Tomorrowland Transit Authority, or Peoplemover to most, could see significant updates as part of this face lift to the land. As noted in previous Rumor Round Ups, Tron, Carousel of Progress, Tomorrowland Speedway, and Stitch’s Great Escape are all expected to be part of that as well. The land could see an update to its aesthetic in moving back toward its original color scheme and look from when the park opened in 1971. Site clearing for the heavily rumored Brazil pavilion is said to begin this year. The pavilion would be expected to open without a major attraction in 2022 for Epcot‘s 40th anniversary. The pavilion would be situated next to Germany on the plot where the current German model trains are. We do not know what exactly would happen to the trains. Another piece of the puzzle is the Circle of Life film in The Land pavilion closing in February. There is a backstage venue for performers in the plot where Brazil would go, and now those performers will use the Circle of Life area until another location is found. This is according to both sources at WDWMagic and WDWNT. WDWMagic sources also say a new film will be coming to the Circle of Life theater sooner rather than later.

The United Kingdom pavilion attraction seems to have been decided on. Instead of going with the first choice in Brave they have moved back to Mary Poppins as the theme. We still don’t know what type of attraction this would be, but it is said to open in time for the Walt Disney World 50th anniversary.

As for the updates to the front of the park, WDWMagic sources indicate those have been pushed back to a 2022 completion in time for the Epcot 40th anniversary. These updates include the remodel of the park entrance and the Innoventions area which we saw in the blue sky concept art from the D23 Expo in July; those buildings could be removed altogether. Toy Story Land and Galaxy’s Edge are moving along with no changes to their respective timelines. Toy Story Mania is now being prepped for its new entrance within Toy Story Land. The queue for the attraction is mainly outdoors, and guests enter through the exit. The third track is completely shut down and the queue for the original two tracks is walled off. Increased waits are expected until the land opens.

Disney finally posted concept art for the Pop Century and Art of Animation Disney Skyliner stations. According to sources at WDWMagic, it isn’t the initial version of the station that was proposed but is close and fits the theming of the area. The entire system is set to open in 2019, in time for Star Wars: Galaxy’s Edge crowds.

According to a source of mine, Disney is meeting with companies to discuss building new trains for the monorail system at Walt Disney World. Disney would have these built in time for the resort’s 50th anniversary if this does happen. Walls are up all over Disneyland Resort property. Pixar Pier over in California Adventure is set for its June debut as work is now well underway on the new Incredibles coaster and Mickey’s Fun Wheel. King Triton’s Carousel will close in March for its change to Toy Story according to concept art. Main Street in Disneyland is cluttered with walls as that refurbishment is also well underway. Soon enough, walls will overtake the Downtown Disney area as prep begins for the new resort Disney announced last year.

For further discussion on all of this and more visit the Rumors and News board on Disboards.com.