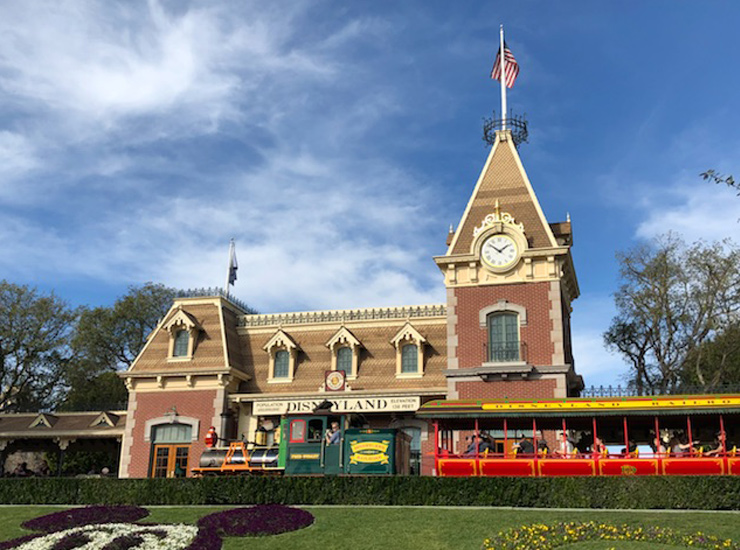 A huge majority of guests visiting the Disneyland Resort come from the states west of the Rocky Mountains. This has been a problem for Disneyland since its earliest days. In fact, one of the many reasons Walt Disney wanted to build Disney World in Florida was due to the statistic at the time that only 5% of Disneyland guests lived east of the Mississippi River. Many question why they would spend more money to travel further away for fewer theme parks. I understand that gut reaction, because it does seem silly to pay more and get less. If that is the way you’re going to look at it, there is no need for me to convince you because I could never win that dispute. What I am here to tell you is that you shouldn’t look at it that way. Disneyland offers something that is so completely different from Walt Disney World that you need to experience it to believe it. You can’t simply think that if you’ve been to Walt Disney World then you’ve covered your bases because “it basically has all the same stuff.”

Disneyland offers a completely different vacation. One where you can park hop between Disneyland Park and Disney California Adventure in less than a minute. It is a vacation where you can experience a history that is truly rooted in the vision of Walt Disney himself. At the Disneyland Resort, there are several attractions that are similar to Walt Disney World attractions but are simply better version of their counterparts (i.e. Pirates of the Caribbean, Space Mountain, “it’s a small world”).

A Disneyland vacation also offers the benefits of Southern California. Not taking anything away from Central Florida, but there is a lot to see and do in Southern California that many East Coasters cannot say they’ve done before. Dip your feet in the Pacific Ocean, see the Hollywood sign, and many even sit in a studio audience for a television show. (side note: my family sat in the studio audience for Wheel of Fortune when I was 12-years-old.) Disney Parks are often defined by how great the service of the cast members is. While Walt Disney World cast members are great, there is a noticeable improvement at the Disneyland Resort. There are obviously exceptions at both resorts, but largely Disneyland cast members are more experienced, proud, and dedicated to making the guests’ days the best they can be. This can have a huge impact of your overall thoughts on your trip looking back. Great cast members have a way of turning a bad day into a magical one, and for some reason or another Disneyland cast member are especially good at picking up on this.

First-time Disney vacationers should consider making their trip to Disneyland rather than Walt Disney World because it is a lot less intimidating of a resort. In Disneyland, you don’t have to worry about messing with the My Disney Experience App, booking your FastPasses in advance, and all the other confusion that comes with visiting Walt Disney World for the first time. Let Disneyland allow you to sharpen your Disney vacationing tools before you take on something more intimidating, because much of Disneyland comes fairly easily.

Again, East Coasters, if you look at planning a Disney vacation on paper I can see why, without hesitation, you quickly pick Walt Disney World over Disneyland, but if you’ve never been before then it might just be time to give the other coast a shot.