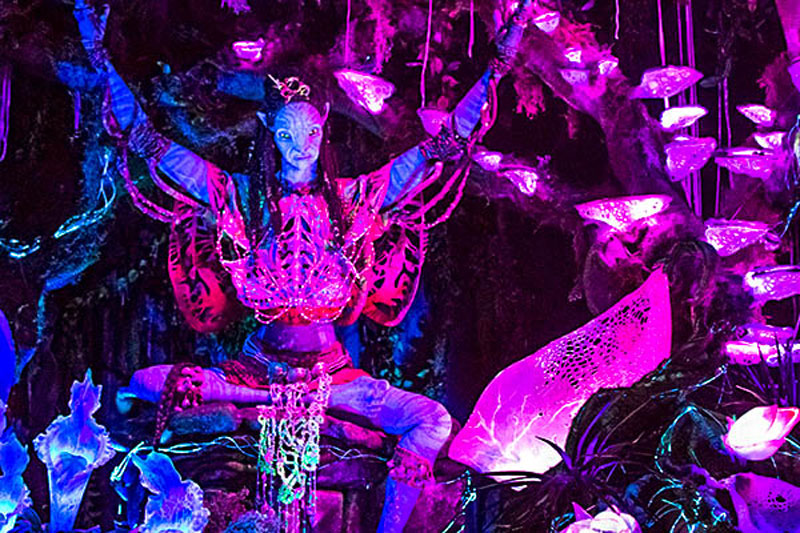 For many of us, our days are spent looking forward to our next trip to the “Happiest Place on Earth.”

You’ve booked the trip, the countdown has begun…now what?  Life, of course, continues on — sometimes at what feels like a glacial pace — as we get closer and closer to the next piece of magic.  There are many ways to pass the time between trips (or before your very first trip), but one of our favorite ways is to have a Disney movie marathon.  If you could only watch 5 Disney movies to get you in the spirit for your trip, here’s what I would recommend. Snow White and the Seven Dwarfs

We’ve all heard the popular saying “It all started with a mouse.”  When you think about full-length feature films as we know them, they all started with Snow White.  Dubbed “Disney’s Folly”, Snow White and the Seven Dwarfs took nearly six times the original budget to complete, nearly bankrupting Walt Disney Productions.

Snow White and the Seven Dwarfs finally debuted at the Carthay Circle theater on December 21st, 1937 to a standing ovation and rave reviews.  It was placed on the national film registry in 1989 and named the greatest animated film of all time in 2008 by the American Film Institute.

Snow White found her place of honor among one of the opening day attractions at Walt Disney World’s Magic Kingdom: Snow White’s Scary Adventures.  The attraction was later scrapped as part of the New Fantasyland expansion, but parts of the original attraction, figures of some of the dwarfs and the vultures, were repurposed and now have a home as part of the Seven Dwarfs Mine Train.

In the Parks:  Check out Seven Dwarfs Mine Train in Fantasyland at the Magic Kingdom. Snow White makes appearances in the Magic Kingdom in Town Square and at Cinderella’s Royal Table.  You can also find her in Epcot in Germany and at Princess Storybook Dining at Akershus.  The Seven Dwarfs can be found at Mickey’s Not So Scary Halloween Party and Mickey’s Very Merry Christmas Party. The Peter Pan film inspired one of the most popular attractions in all of Fantasyland: Peter Pan’s Flight.  The film almost never was — Walt Disney acquired production rights to the story in 1939; during World War II, Walt Disney Productions was tasked with developing training and war propaganda films which meant production on Peter Pan, understandably, was halted.

After the war, it was said Walt thought the characters in Peter Pan were too cold, and decided to move forward with production on Cinderella instead.  Peter Pan was finally released in 1953.  It became part of Disneyland history as an opening day attraction in 1955.

Also an original opening day attraction for Walt Disney World, the attraction and the film have withstood the test of time (despite the short duration of the ride itself).

The attraction’s new, interactive queue opened in 2015 and sprinkles you with extra pixie dust as you roam through the Darling family’s home before you board your flying pirate ship and head off to Never-Never-Land.

In the Parks:  You can enjoy Peter Pan via the original attraction, Peter Pan’s Flight, in Fantasyland at the Magic Kingdom, enjoy a character meet n’ greet with Peter Pan in Fantasyland, Tinker Bell at the Town Square Theater on Main Street USA, and check out all of your favorite characters during Disney’s Festival of Fantasy Parade. Pirates of the Caribbean is one of the most popular franchises in Disney history and is unique as one of the few attractions in Disney theme parks to inspire a movie, rather than the movie inspiring the attraction.  The Disneyland version holds the somewhat somber honor of being the last attraction Walt Disney oversaw before his death in 1966.

In the Parks:  Enjoy Pirates of the Caribbean in Adventureland at the Magic Kingdom, transform into a pirate at the Pirates League or learn how to become a pirate by watching Captain Jack Sparrow’s Pirate Tutorial.  You can run into Captain Jack Sparrow himself at Mickey’s Very Merry Christmas Party. In preparation for an entire land dedicated to the Toy Story movies, you’ll want to brush up on the franchise.  Toy Story Land is scheduled to open the summer of 2018 and will feature two new attractions and at least one new dining location.

Toy Story Land, to be located adjacent to the current Pixar Place in Hollywood Studios, is actually Andy’s backyard and will feature giant building blocks and game board pieces.  We’ll be able to enjoy Slinky Dog Dash, a family-friendly roller coaster ride, and Alien Swirling Saucers, which will take us on a dizzying ride through space.

Woody’s Lunch Box will be a new quick-service dining location.  Details on the menu are sparse, but the location will serve up “tasty meals and old-fashioned soda floats.” While the original Avatar film and its forthcoming sequels are not Disney films, I recommend giving this one a watch before your trip.  This is especially true if this will be your first visit to Pandora.  While the Disney Imagineers did an amazing job telling the story of the film through this land, you will have a deeper understanding and appreciation for Pandora if you have already seen the film.

I myself did not watch the film before we toured Pandora a week after it opened.  It was beautiful and visually stunning to look at.  It immediately became one of my favorite places in all of the Disney theme parks.  Upon returning, I did watch the film and realized there were several connections I did not make while we were there.

We recently returned from our second visit to Pandora, and having a knowledge of the film certainly cemented my understanding of the land.

In the Parks:  Throughout Pandora – The World of Avatar land in Disney’s Animal Kingdom theme park. What is your favorite movie to watch before a Disney trip?