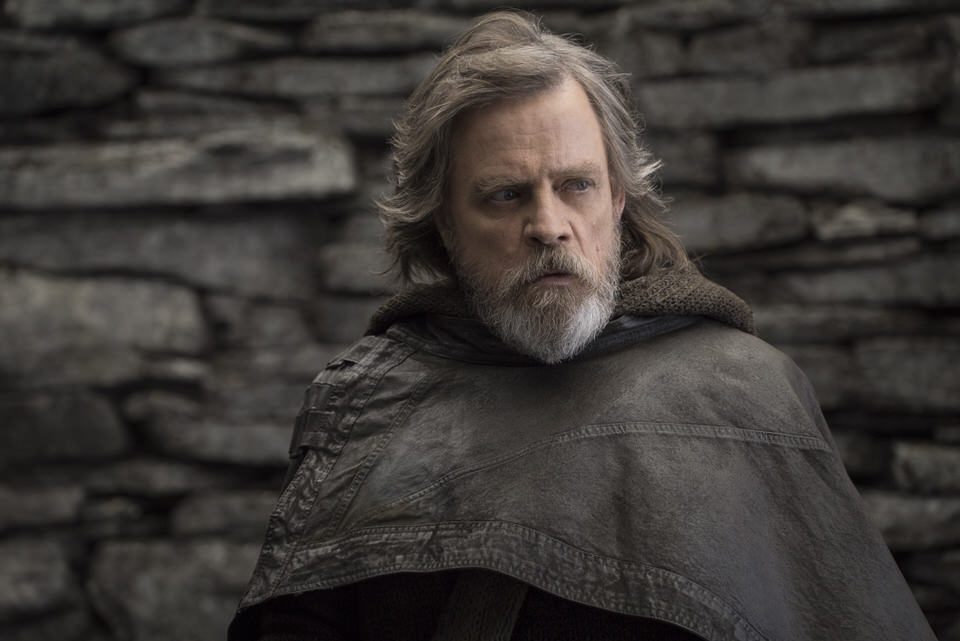 Be advised before reading – this review is spoiler-free, but it does outline the basic plot of the movie, so if you want to go into the movie knowing nothing, don’t read past this.

The Force Awakens successfully rebooted the Star Wars franchise better than anyone could’ve expected. While it didn’t break new grounds in terms of story, it left us with an ending that could’ve gone in a million directions. Rian Johnson was called in to direct Episode 8 – The Last Jedi, and he threw out an initial story written by Lawrence Kasdan and rewrote it entirely. What came from that is an epic 152-minute film that has been critically applauded, but will probably leave fans with mixed emotions.

The film kicks off right away with the Resistance evacuating D’Qar after their base is discovered by the First Order. The movie then turns into a classic chase for the next two-thirds of the movie with our lead characters developing in their own stories. Rey’s (Daisy Ridley) story picks up where it ended with her encountering Luke Skywalker (Mark Hamill) for the first time. As you can tell from the trailers, Luke is adamant about not training Rey and letting the Jedi die completely. Poe Dameron (Oscar Isaac) is the same trigger-happy, arrogant pilot from The Force Awakens, but in The Last Jedi, he’s dealing with the struggles of trying to lead despite his inexperience and one-sided approach to battling the First Order. Both Rey and Poe’s stories feel natural, but the same can’t be said of Finn’s.

Finn (John Boyega) does recover from his wounds in The Force Awakens, and with the help of newcomer Rose (Kelly Marie Tran), he sets out on a quest to find a master codebreaker who can help sneak them onto a First Order ship so they can shut down their tracking system just long enough to give the Resistance a chance to escape without the First Order being able to track them – even through lightspeed. If it seems sort of convoluted, that’s because it is. In fact, this entire story could’ve been scrapped with a couple changes to the script. However, without this side adventure for Finn, I fear that his character wouldn’t have been relevant at all in The Last Jedi. Without giving him a purpose in this film, he would’ve just served as a background character in the Resistance. The argument could’ve been made that the entire movie should’ve been rewritten to give Finn a proper storyline, but at the end of the day this isn’t about him, it is about Rey.

One benefit to his story is that it gives ample screen time to Rose, who was completely delightful and added another strong female character to the Star Wars universe. Finn’s story also drives home a political and social statement, whether or not it was intended, and I’m sure many out there will have negative feelings towards it. Star Wars is quick to set up sides – a good side and a bad side, but I appreciate the middle-of-the-road that isn’t taken often.

Some of those story issues aside, The Last Jedi delivers in the places that count the most. The battle on Crait at the end of the film is just as tense and exciting as the trailers made it out to be. In fact, every battle scene is executed masterfully, but there is one fight in particular that will go down as one of the best action sequences in all of the Star Wars films. It comes after a controversial decision (that I was personally fine with), but it ends up being one of the highlights of the movie. The best acting in the movie comes courtesy of Carrie Fisher, Mark Hamill, and Adam Driver. Fisher seemed stiff and out of the game in The Force Awakens, but she appeared to be completely back in the saddle in her final film role. Hamill said in interviews that he didn’t agree with the direction Rian Johnson was taking with Luke, but he would still give his all to the performance and I can say confidently that he did. Driver steals the show in my opinion and has the most development in the movie, but if you’ve seen any of his movies outside of Star Wars then it isn’t really a surprise.

Rian Johnson did say that we would be shocked by The Last Jedi and there were definitely some controversial decisions made along the way. I’d say at least four by my count. Again, I did not mind any of the decisions that he made, but in some cases, a bit more context could’ve been added in and throughout the movie, there was a good amount of fat that could’ve been scraped away and maybe brought this a bit closer to 120 minutes. Some are saying that it is the best Star Wars movie since The Empire Strikes Back, while others are saying it is a complete misstep and on the level of the prequels. My opinion falls between those two categories and that’s because of how different The Last Jedi is. If you had to compare it to any of the previous films, I’d say for me it felt closest to Return of the Jedi with the tone of The Empire Strikes Back, but it really is just its own entity.

Oh, and my verdict on Porgs is they are actually pretty cute and definitely not the Jar Jar Binks of this trilogy. And hopefully in the future we can talk spoilers since I really had to just skip over most of the new characters and some of the returning characters like Captain Phasma.