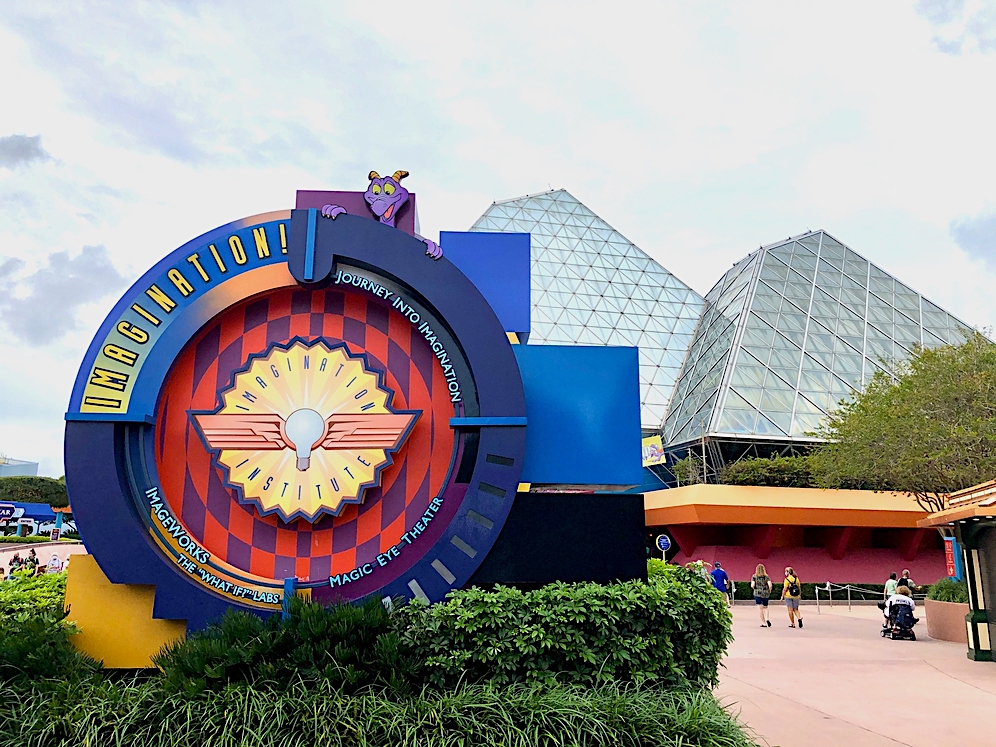 Many of you know, I grew up cultivating a love of Disney from further away than most. I’ve spent my life living on the eastern coast of Australia, where my family has a business that took us back and forward between Sydney and Los Angeles often. My sister, Casey, and I were lucky enough to spend many of our days waiting for conferences and business meetings to end, enjoying the rides of Disneyland. Before I saw my adult days, I knew every square inch of that park, every detail, every smell, every sound. Needless to say, I was a very lucky girl.

Fast forward to my teen years, and I started becoming more familiar with Walt Disney World, though a few things didn’t make sense to me, number one being the love of the fan-favorite, quirky dragon-looking character, Figment. So what better place to start this month’s Brief History of Disney than uncovering the backstory to this imaginative, purple creation? Let’s go.

It was 1983 at Walt Disney World’s EPCOT theme park when a dark ride about the power of imagination opened to delighted guests. Inspiration for this attraction was recycled from a Disneyland project with an attraction named Professor Marvel’s House of Illusions. The plan was to feature an unconventional scientist who had made a hobby out of breeding dragons. This became the basis for the EPCOT attraction’s two main characters. The intended star of the show was Dreamfinder, though it would turn out that his imagined friend, Figment, would win the hearts of guests and become a lasting fixture of the park. The name, Figment, was said to be inspired by an episode of Magnum P.I. that creator Tony Baxter was watching in which a goat is referred to as a figment of Higgins’ imagination.

Journey Into Imagination continued to enchant audiences from 1983 to 1998, challenging them to explore new ideas and think outside the box. A reimagined version of this attraction, Journey into Your Imagination, opened in 1999 to a less than stellar response. The new attraction was dominated by Dr. Nigel Channing, with Figment taking a back seat to the action with a much smaller, almost non-existent role. This was when fan support for this lovable character escalated; his absence made guests further appreciate the role he had in the original attraction. As a result, the newly updated ride only remained open until 2000, when it closed a second time for a major refurbishment.

Journey into Imagination with Figment finally opened in 2002, delighting Figment-lovers with his return to the main stage. Figment acts as a sidekick to Channing in this version, now hosting guests in their own journey into imagination rather than being the student himself. Figment plays a more boisterous role, singing tunes and bouncing in and out of scenes. The third and final version of this attraction launched Figment into the Disney character catalog, showing up in merchandise and small cameos in Pixar films Inside Out and Toy Story 4. Figment even donned his own popcorn bucket earlier this year.

Even after closure rumors swirled in 2017, threatening an Inside Out-themed ride to take over the attraction; Journey into Imagination with Figment is now the longest-running iteration of this attraction, having been open 20 years to date. The most recent take on the ride has reacquainted older fans with the character they fell in love with many years ago and welcomed a new fan base of younger guests that enjoy the introduction to this mischievous, purple dragon.

Few know that during development, Figment was intended to be green. It was the intervention of the sponsor Kodak who insisted on the change in fear that the green would remind guests of rival business, FujiFilm.

Figment has become a fixture of Future World and a staple of the EPCOT park as a whole, often popping up in annual festivals such as Flower & Garden as well as Food and Wine. I’m still not convinced that I understand the devoted love that some have for this character, but I do now better understand why some Figment lovers are so protective over him, considering the backstory of this attraction. Let me know what you think. Which version of this attraction do you think was the best one? Should it be replaced with something else or stay true to its original concept indefinitely?