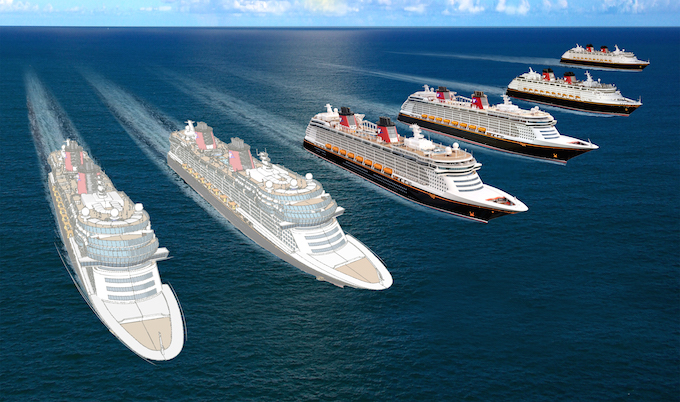 The Walt Disney Company held a shareholders meeting on Thursday, March 3. During the meeting, Bob Iger announced that Star Wars Lands in both Walt Disney World and Disneyland Resort will break ground next month. While some details of the Star Wars plans had already been announced, this meeting was the first time an official date for the beginning of construction was released. It is still unknown when either of the Star Wars Lands will be completed. Disney’s Hollywood Studios has already undergone some demolition in order to make room for the upcoming Star Wars Land. In particular, the Studio Backlot Tour, which closed in late 2014, is currently being deconstructed to make way for the Star Wars expansion. الرهان في سباق الخيل Disneyland closed Big Thunder Ranch in January 2016, which will be the home of Disneyland’s Star Wars Land.

Possibly the biggest news at the meeting was that Disney Cruise Line would be adding two new ships by 2021 and 2023. These will be the two biggest ships in Disney’s fleet. لعبة روليت مجانيه More details on this can be found HERE.

Over in Walt Disney World’s Epcot, construction continues on the “Frozen Ever After” attraction in the Norway Pavilion and Soarin’ is currently expanding to include a new theater and video. According to the Orlando Business Journal, Bob Iger said of future plans for Epcot, “There’s lots of great work going into that thinking, but there’s nothing to announce as of right now.”

To end the meeting, Iger mentioned that MyMagic+ has been a success, and that Disney is looking for was to expand on the technology. According to Iger, MyMagic+ has been beneficial for guests of the theme parks, and has helped the operations side of the business and has increased park spending by guests. روليت امريكي