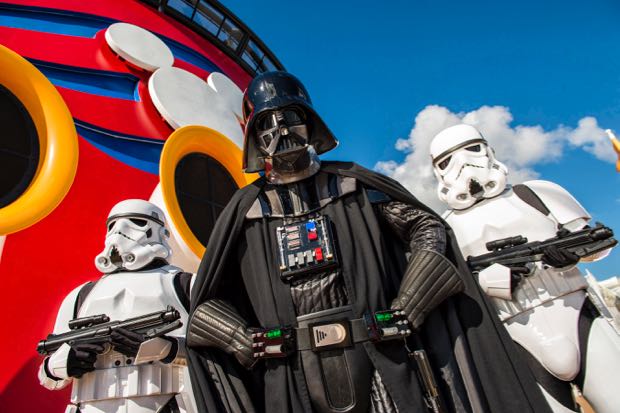 Disney Cruise Line has announced that they are bringing back their Star Wars Day at Sea cruises on the Disney Fantasy in early 2017. There were eight of these cruises offered in spring of 2016 and appeared to be a popular offering, as the number for 2017 will almost double to 15 sailings. Another change is that the itineraries will include both Western and Eastern Caribbean sailings; in 2016, only Western Caribbean was available. Karl L. Holz, president of Disney Cruise Line, said, “Our guests keep telling us that Star Wars Day at Sea is an experience they’ll never forget, that it’s a thrill of intergalactic proportions. In response to guest demand, we’re pleased to create even more Star Wars memories aboard the Disney Fantasy in 2017 with an expanded schedule of these special sailings. Clearly, the Force is alive and well on the high seas!”