By Tom Bell - Assistant Editor
www.wdwinfo.com
Posted on May 4, 2019 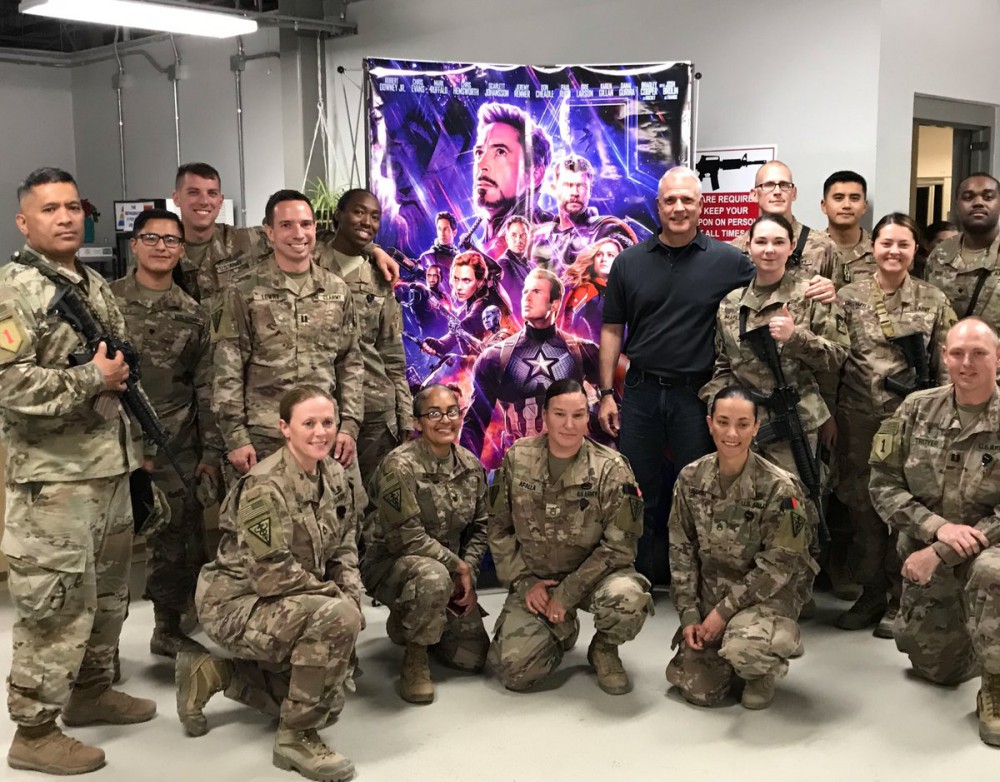 ShareTweetSubscribe
This week, The Walt Disney Company surprised U.S. troops stationed in Afghanistan by holding screenings of Avengers: Endgame, the latest smash hit from Marvel Studios. On Wednesday and Thursday, Disney brought the movie to Bagram Airfield, and there are plans to screen it in Kandahar this weekend. A social media post from Disney fan Kat Lancaster, whose husband is deployed in the Air Force, inspired Disney CEO Bob Iger to put a plan in place to bring the film to some of the biggest American bases in the area. Most troops assumed they would have to avoid spoilers until they returned home from deployment. As to not "spoil the Endgame," the film arrived on a disk that had to be unlocked with a special code. Only Army & Air Force Exchange Service employees and a Disney executive on-site were able to unlock the film for the troops which gathered for several showings each day. Iger said in a statement:

We're thrilled to be able to do something special for our troops in Afghanistan, to boost moral and show our gratitude for their service. I'm grateful to Kat Lancaster for the great suggestion, and to the Army & Air Force Exchange Service for helping us make this happen.