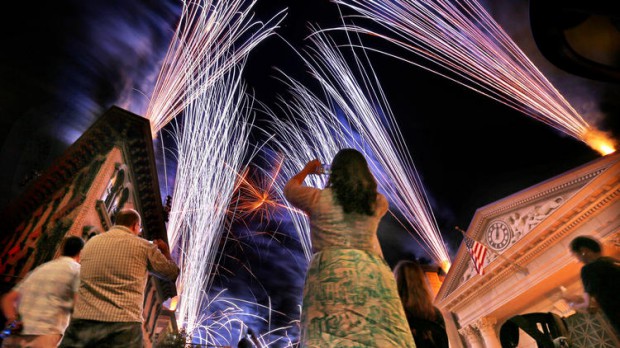 ShareTweetSubscribe
The Walt Disney Co. has filed for an exception with the Federal Aviation Administration (FAA) that would allow them to use drones over their U.S. theme parks. The application, which was filed back in October, mentions safety precautions and planned uses, which would include fireworks. The "Flixel" machines mentioned in the application, include "advanced control and positioning technology, onboard sensors, and advanced wireless communication solutions." The Flixels would weigh less that 10 pounds and would operated over water or restricted areas. The application also cites Disney's history of technological innovation and its safety record. Though not a drone, the fire breathing dragon that flew over New Fantasyland's grand opening in 2012 gives a hint as to the possible future use of drone technology.