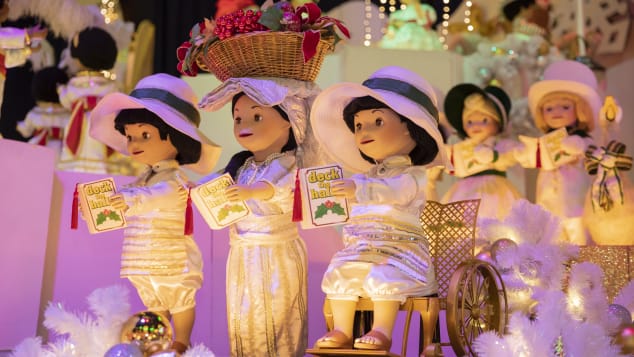 Over the weekend, CNN’s Natasha Chen uncovered a new addition to Disneyland’s “it’s a small world” attraction that was a welcomed step towards a new level of inclusivity. Dolls in wheelchairs have been added to the ride’s already impressively diverse range of characters representing backgrounds and ethnicities from all over the globe after a six-month collaborative effort to introduce an element of disability recognition to the attraction.

Disney introduced inclusion as its fifth operation key in early 2021, with changes being made throughout the parks and in the company’s approach to entertainment and character development. The latest installment of these alterations came with the following statements from Disney and its collaborators:

“The dolls are participating inclusively alongside their non-disabled peers, which is something we want to see more of, instead of being depicted as limited or incapable because of a disability,”

“Disney clearly sees the benefits of attracting a wider audience that is inclusive to everyone. We need to see more of this in pop culture, theme parks, and entertainment if we want to be truly representative of the largest minority group in the world,”

Jill Houghton, president and CEO of Disability:IN said in a statement to CNN

“What a wonderful story that Walt and Mary Blair, and the original Imagineers, put together about the children of the world and our unity all under one bright sun — and how we really should rejoice together in that.”

“I think that is definitely something that the original Imagineers would embrace and think was wonderful that we were looking at things like this,”

Reports claim that both Walt Disney World and Disneyland Paris will both be following suit shortly, as similar displays are being worked on for the attraction at both locations.

.@Disneyland unveiled two brand new dolls *in wheelchairs* this morning at “It’s a Small World”! Similar additions anticipated at WDW and DLP next year. Photos here sent to me by #Disneyland. Writing up this story soon. pic.twitter.com/g5YqdF9XRt