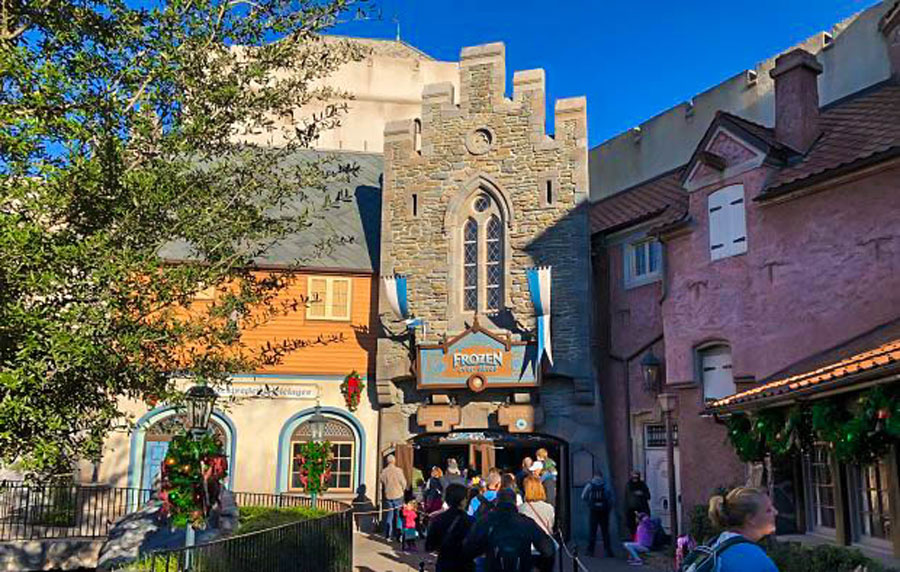 Among Disney Park enthusiasts, Epcot‘s massively popular Frozen Ever After has a bit of a reputation for frequently breaking down. A recent report by the Orlando Sentinel has given details to just how much trouble this attraction causes Walt Disney World compared to the resort’s other rides.

The Sentinel gave statistics obtained from the Reedy Creek Fire Department — Reedy Creek is Walt Disney World’s official governing body — which show a substantial difference in the number of evacuation calls between Frozen, which tops the list, and other attractions:

These are the top 10 most evacuated rides on Walt Disney World Property, based on the number of completed evacuations between July 27, 2016 and July 18, 2018.

According to the RCFD, during that time period the resort had a total of 550 evacuation calls, meaning Frozen Ever After accounted for just over 20% of Walt Disney World evacuations. Out of all of those reports, aside from a single mention of a “medical call,” there are no incidents or injuries referenced. As these statistics don’t go back farther than 2016, it is impossible to compare Frozen’s operational difficulties with its predecessor, Maelstrom.

Disney did not engage in any discussion over the frequency of Frozen breakdowns with the Sentinel, but they did email a statement which read, “Our rides operate at a high degree of reliability, and while occasional downtimes and full ride exits are a part of normal operations, they represent a very small part of the total operating day and overall guest experience.”

For additional context the paper reached out to Len Testa of Touring Plans, whose company analyzes data to create planning tools and crowd calendars for theme park visitors. Testa used data compiled from the My Disney Experience app to get an average of Frozen Ever After’s breakdown periods: around 59 minutes between stop and restart.

You may be wondering why firefighter are necessary for ride evacuations during standard malfunctions. Disney seeks assistance from the Reedy Creek Fire Department to help with any guests who need extra help exiting the ride; in Frozen’s case, this involves aiding disabled visitors get out of the boat.

While no explanation from Disney was given, the Sentinel reached out to industry professionals for their opinions on the Frozen breakdown situation. One possible source of malfunctions is the attraction’s water, according to Jeff Jensen, an executive vice president at ITEC Entertainment. ITEC has worked with the resort in the past, although not on Frozen Ever After, and develops theme park shows and attractions. Jensen said, “Water rides are notorious in our business for being the most difficult to maintain. Notorious,” Jensen said. “We dread the water rides as far as maintenance. They’re challenging.” Humidity and direct contact with chemical-heavy sanitized water can have adverse effects on the complex machinery rides contain.

Adjunct professor Bill Zanetti — University of Central Florida, Rosen College of Hospitality — believes that although Disney upgraded the animatronics  when converting Maelstrom into Frozen Ever After, they neglected to adequately update the ride infrastructure or power substation — a hypothesis that Disney denies. He told the Sentinel, “I don’t believe they made a huge upgrade to the power substation. If it were my best guess, I would expect a lot of the down times and evacuations are because of power loss.”

The number of evacuations does seem to be decreasing though. They were at an all time high of 10 for the months of both August and October 2017; June of this year saw only 2, whereas June of 2017 had 6 evacuations.