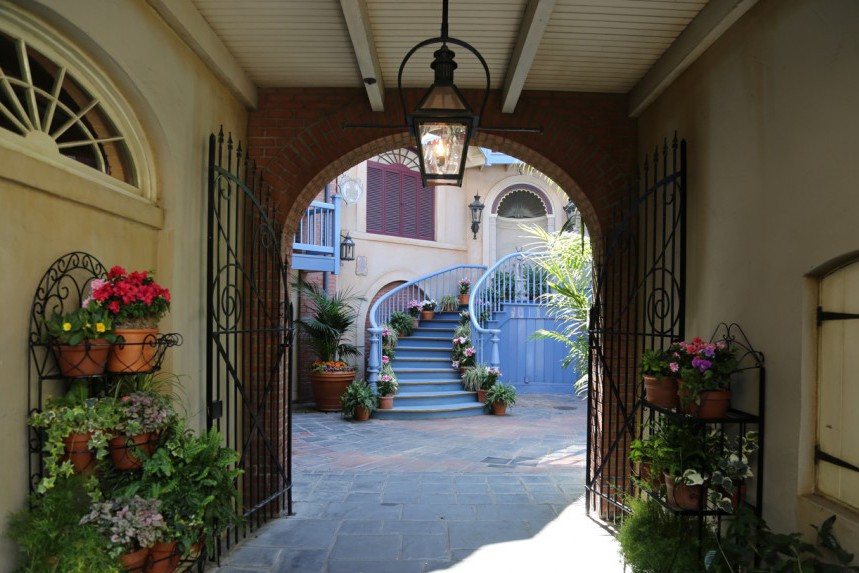 In an interview with the Los Angeles Times where she discussed her career, long-time Imagineer Kim Irvine said that she’s working on a compromise that could bring public access back to the Court of Angels in Disneyland’s New Orleans Square.

The 2014 remodel of Club 33 forced the closure of the fan-favorite spot to regular guests, and Irvine says, that while they’re not ready to announce anything, they are “working on something right now” that would restore access.

“There’s always been a part of me that felt badly about taking anything away. Taking away that Angels courtyard from our guests was really hard. It was a decision that was made, and I just had to try and make the best of it with the design of the doors and everything. That is something we try to never, ever do–to take a place that was theirs and turn it into something that they can no longer go to.”

Irvine is currently working hard on “Project Stardust,” a park-wide move to widen walkways in advance of the crowds expected when Star Wars: Galaxy’s Edge opens at the end of the month.

She’s also finishing up a refurbishment on Sleeping Beauty Castle, which is already raising a few eyebrows due to some design choices. Irvine says that Imagineer John Hench once told her to “push the color.”

“When people come to Disneyland, they want it to be more fantastical.”

She adds of the new color scheme:

“They want us to do things and use things that you wouldn’t see when you’re walking down the main street of your town. This has got to be sweeter and more fantasy. So I keep that in mind. I’m not afraid of color at all. Ninety-nine percent of people are really afraid to use color in their decorating, or even buying a car–it’s black or white. It doesn’t scare me to do this.”

Regarding recent social media comments about the stars that have been added to the front roof of the castle, Irvine responds, “I am afraid of the reaction people are going to have.” 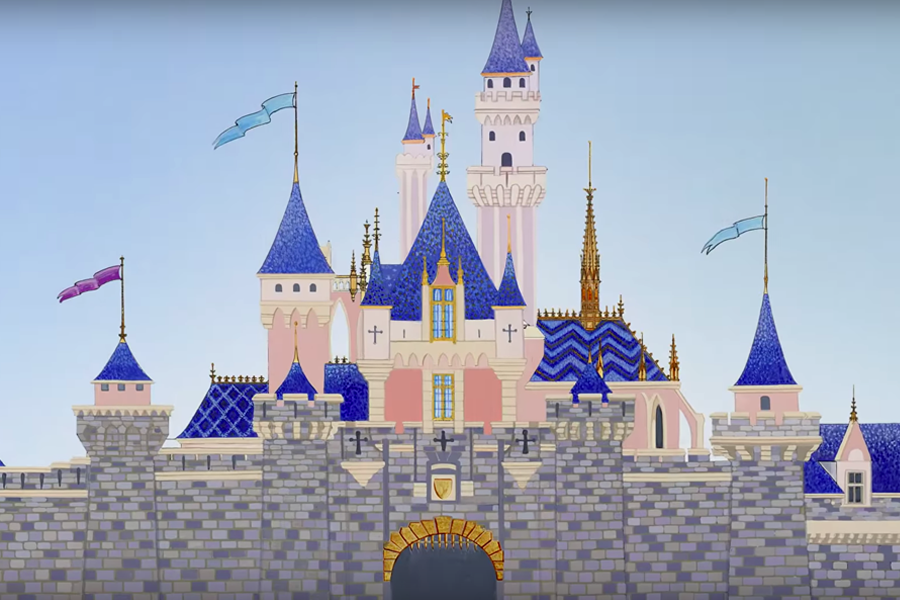 This isn’t the first time that fans have responded negatively to Irvine’s work. When Disney characters were added to It’s a Small World back in 2008, some called for her firing.

“Horrible. I go through it a lot. You know, we have a fan base that is so vocal about what they think is right or wrong for their heart, and I’ve been putting up with that for my entire career down here, which is almost 45 years. So I’m getting used to it.”

Irvine says that she strives to make sure that she doesn’t lose sight of where Disneyland has been and works to find middle ground when things don’t feel right to her during discussions, telling colleagues, “I understand what you’re trying to get, but that doesn’t fit in our story.”

“You can change things, update things, make them more relevant, but always with the original intent.

Don’t forget those stories. Those are all laid out for you. It’s so simple, really.”