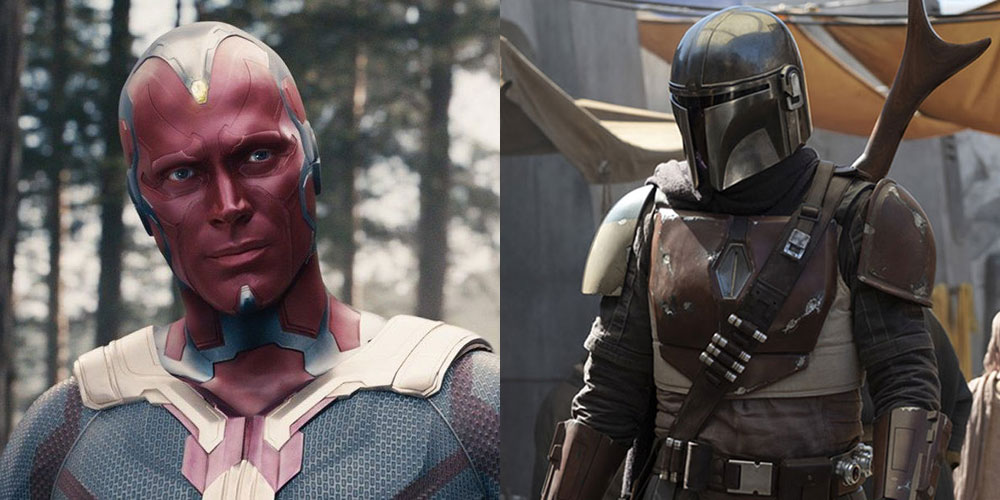 Details of the programming we can expect from Disney’s streaming service are gradually making their way out into the public. Thanks to a trio of articles from Deadline, we now know a few of the faces we can expect to see involved with the upcoming Rogue One Star Wars prequel series, Jon Favreau’s The Mandalorian, and the MCU-based Scarlet Witch project.

First up, a showrunner has been chosen for Disney+’s series centered around Rogue One‘s Cassian Andor. Stephen Shiff, executive producer on FX’s The American, will be taking the helm for the prequel series which will tell the tale of Andor — played once again by Diego Luna — and the Rebellion prior to the standalone film. Shiff worked on Emmy-nominated The Americans for five years, and has written or co-written films like Wall Street: Money Never Sleeps, The Deep End of the Ocean, True Crime, Lolita, and American Assassin. Writers have already been hired, and production is expected to begin next year.

The Mandalorian, Disney+’s Jon Favreau led Star Wars series, has added Nick Nolte to the cast. Nolte and co-star Gina Carano’s roles are both unknown at the point, but the titular Mandalorian will be portrayed by Pedro Pascal. Set between the original and newest trilogies, the show will “follow the travails of a lone gunfighter in the outer reaches of the galaxy far from the authority of the New Republic.” Dave Filoni (Star Wars: The Clone Wars/Rebels) is set to direct the first episode, with additional episodes expected to be handled by Deborah Chow (Jessica Jones), Rick Famuyiwa (Dope), Bryce Dallas Howard (Solemates), and Taika Waititi (Thor: Ragnarok).

Lastly, it looks like Marvel’s Scarlet Witch will be sharing screen time with the Vision. Deadline has reported that the title for the previously reported project that will involve Elizabeth Olsen’s Marvel Cinematic Universe character will be titled Vision and the Scarlet Witch. Disney+ is expected to feature multiple series focused on the MCU’s second-tier characters, with a Falcon and Winter Soldier project in the works and a Loki series likely. These are all expected to include the characters’ original film actors, so it is safe to assume that Elizabeth Olsen will be joined by her on-screen partner Paul Bettany.