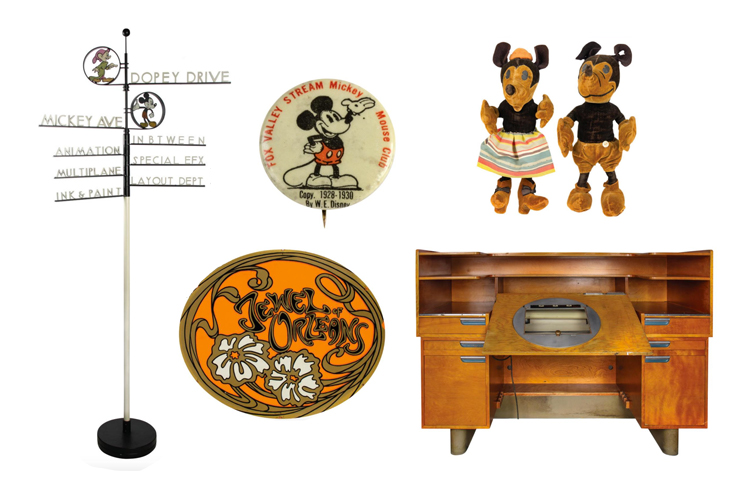 There are items included in the auction that span from the earliest years of Walt’s business attempts to pieces from well after his death. The auction is comprised of everything from a “Laugh-O-Gram” stock certificate signed by Walt Disney himself to a Disneyland Donald Duck character head, circa the 1970s. One of the big-ticket items is a piece of the Carolwood Pacific Railroad, which was the miniature railway Walt built in his backyard. It is expected to sell for about $50,000 or $60,000. This massive collection will be up for auction starting at 11 a.m. on July 7.