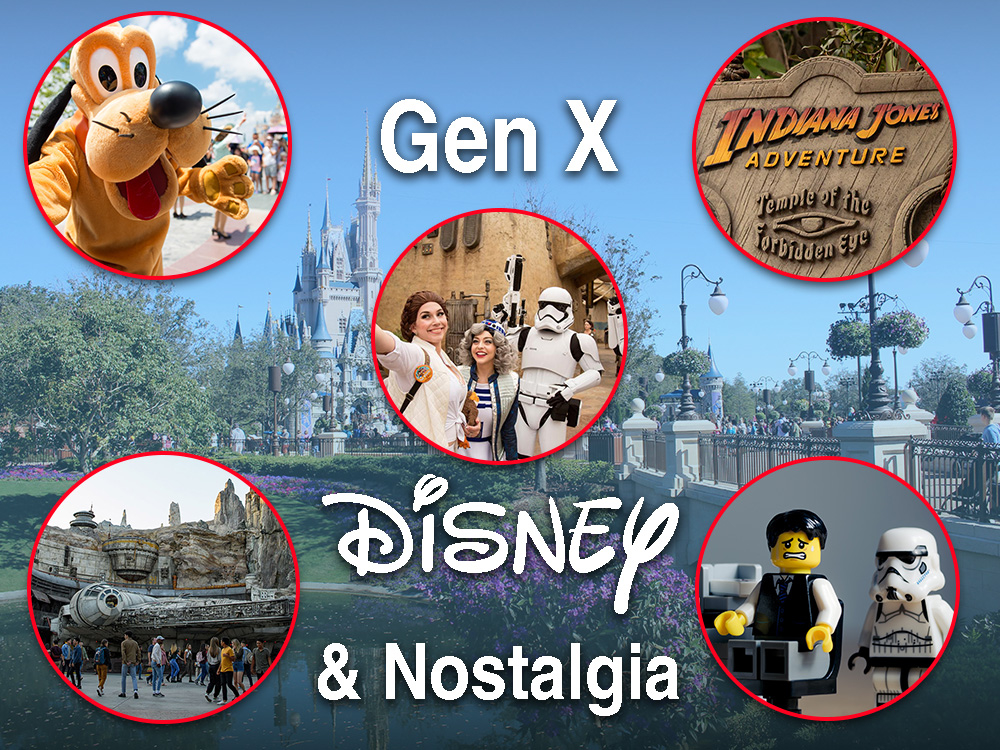 Do you remember watching Battle of the Network Stars? Oh, hello Gen X, my friend! It was a show on the ABC network that introduced all of our favorite television network stars from late seventies to the mid-eighties competing in camp-like events. It was a special time in our Gen X lives, and for me, this show represented my generation. Ah, nostalgia.

We had three networks back then. Times were simple; we watched early Saturday morning cartoons and we would come home from school to empty houses and to our soap operas and playing outside (playdates didn’t exist). Gen X was the last of many things and the beginning of so much for new generations to come after. I am a Gen X-er, hello, you don’t know me, because we are the minority generation, does anyone know we are even here?! We exist!

The forgotten Pac-Man-playing, Thriller-dancing, 90210-watching kids who got sandwiched in between the large and loud Boomers and the Millennials. And like birth order, we are Peter Brady. In fact, many of today’s Disney marketing strategies in their parks, resorts, and streaming is focused on the larger majority generation.

So where can I find my place in Disney today, or even my nostalgia in the Disney parks & resorts? The wonderful world of multi-generations where boomers can often be seen with grandchildren enjoying their much-deserved and earned memories with their little new legacies as they search for Encanto and Moana characters, while millennials are enjoying freedom from the past two years. They can be seen drinking and conversing with friends at BaseLine Tap House or bringing their little ones on their first vacations.

Some Gen X Disney fans are raising Gen Z-ers who are now young adults. Disney+ has us struggling to find content as they gear their audiences with majority focus in mind. The parks & resorts have us searching for nostalgia with new attractions aimed for our friends in these other generations.

When something new arrives, I ask my Gen Z young adult children, “Is it for me?” and the answer is usually a resounding, “Not really, Mom.” I work hard to like their content, but where can we search for our Disney identity? There are some Gen X-friendly references to be found at Walt Disney World, and we can find them if we give it just a bit of effort. Let’s take a look!

Star Wars & The Mandalorian: Again, Jon Favreau, fellow Gen Xer, has helped us return to our nostalgia of Star Wars through The Book of Boba Fett, which you can find streaming on Disney+ (and you can even find him if you have a good eye in Star Wars Launch Bay). Star Wars homages can also be found on merchandise in the parks and resorts, and, of course, in Star Wars: Galaxy’s Edge for all Star Wars Gen Xers who remember watching the original movie in 1977 (my Dad took me to see it). Recently, Boba Fett has made an appearance in Disneyland.

LEGO: Classic. For Disney adult LEGO fans, the recently released Luke Skywalker’s Landspeeder comes to mind. These stress relieving adult toys bring back Disney nostalgia, and I think I have my sights set on the Mickey Mouse and Minnie Mouse’s Camping Trip Lego set coming this summer. It is the perfect LEGO set for a Gen X member to geek out on. Cinderella Castle is pretty awesome, too (look for “The Disney Castle”).

Honorable Mention: I see you, Universal! The E.T. Adventure might be on the old side as far as attractions go, but it hits my Gen X heart. Oh the Spielberg generation…

If you are a Gen X-er looking for some representation in Walt Disney World, a final thought is to make time to see Indiana Jones Epic Stunt Spectacular! Sit back and enjoy our beloved and action-packed year of 1981 all over again with memories from Raiders of the Lost Ark, and after that, grab a Mickey’s Ice Cream Bar (circa mid-80’s snack) because it will go perfectly with that Gen X fanny pack you’re wearing!

Are you part of Gen X? Let’s talk about finding your place in the wonderful world of all things Disney!