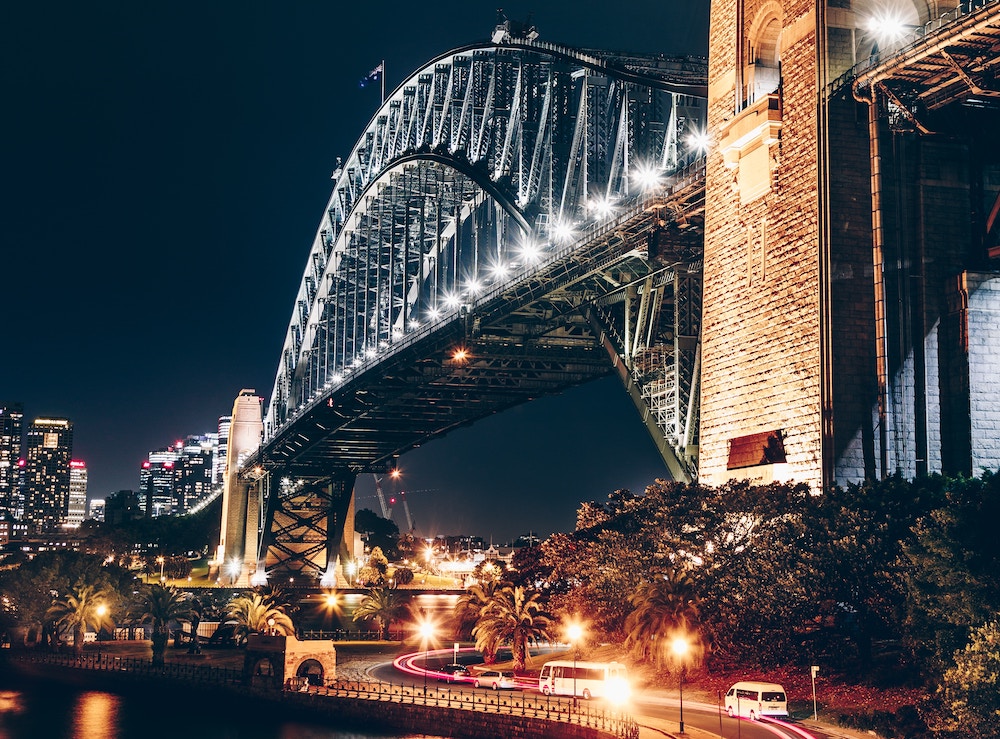 Wouldn’t it be awesome if there was an Australian Pavilion added to Epcot’s World Showcase? Okay, so maybe a little bit optimistic thinking there but really, how has this not already happened? Sadly, I blame the caricature of Australian cuisine and culture that is Outback Steakhouse. No one says “throw another shrimp on the barbie” unless we are impersonating a foreigner impersonating us. We don’t even call them shrimp; they are called prawns. In fact, we have a lot of language differences that are relatively interesting. We have many colloquialisms. For instance, your parents are your “oldies”; your flip-flops are “thongs,” the afternoon is the “arvo,” rednecks are “bogans,” the gas station is the “servo” and McDonald’s is “Maccas.”

Aussie slang aside, we do also have a lot of differences when it comes to the formal names of things. Cantaloupe is called rockmelon, cilantro is coriander, the season of fall is autumn, a fanny pack is a bum bag, bell peppers are capsicums, and while you ask for the restroom, we ask for the bathroom. I could go on. Photo by Keith Zhu on Unsplash

Our current representation in Disney attractions is comparatively limited, usually geographically lumped in with the likes of the Asia-Pacific region or represented by a single kangaroo on a surfboard in “it’s a small world.” But damn it, I want more!

If I am going to get this off the ground, we need an attraction in this Australia pavilion. Lucky for you I have a plan: Picture the ride structure of Star Tours taking you on a fast-paced romp around the country. Four-wheel-drive through the outback to Uluru and out to the Pinnacles of Western Australia, scuba dive through the Great Barrier Reef then jet around the Sydney Opera House and under the Sydney Harbour Bridge from the ocean, but mind the sprays of water! Race a local on the south coast’s Seacliff Bridge before being teleported down to the Great Ocean Road in Victoria to see the eight remaining apostles. Head back through the outback, reversing just in time to avoid a kick in the face by a 6 ft kangaroo! Let’s also add in some of that Disney magic and include the smells of the ocean, native flowers and the sweet smell of Anzac biscuits. Photo by Silas Baisch on Unsplash

Let’s theme it up! Even though Australia is almost the same size as mainland USA, we have a little over 16,000 miles of coastline due to being an island. This would lend our pavilion to a naturally maritime, beach-culture theme. We can also throw in a little bit of history with the evolution of Australian lifestyle over the years and how our country has been shaped by immigrants from all over the world, starting with the English convicts between 1788 and 1868. During this time roughly 162,000 convicts were relocated by the British government to various colonies in Australia. From there, Australia has become a huge draw for people from all over the world to come and resettle in this gloriously sunburnt country. Over the last 20 years in particular Australian cities have developed extremely multicultural societies, taking on snippets and influences of cuisines and traditions from all over the world. Our ability to source local produce and combine it with this fusion of influential flavors leaves us with a multifaceted hospitality industry like no other.

You might recall Nemo found himself at the harbor-side address of 42 Wallaby Way, Sydney, right? That should be the name of our on-site restaurant which could focus on grilled seafood as well as Australian-inspired meat and vegetarian dishes. Then wash it down with some tantalizing Australian beers like Boags, Little Creatures, and James Squire. However, where you can find distinct Australian flavors are in our desserts. Anzac Biscuits, Pavlova, Lamingtons, Fairy Bread, did I mention Anzac Biscuits? Hmm, I feel a little quick service dessert bar coming on as well. Let’s sort out some merchandise. I’m thinking Mickey Mouse and Minnie Mouse headbands with Koala ears. They could also create a small (easy to get home) Australian cookbook with the best and easiest recipes to re-create at home. In the back, it could have a little dictionary-style rundown of the different words we use and what they mean. While you are in there, pick up a jar of Australia’s famous Vegemite. You will either love it or hate it — there is no room in-between. For a less controversial option, take home Caramello Koala chocolate bars, Twisties, Shapes or an incredible packet of Tim Tams.

I also think there could be a series of small didgeridoos and rainmakers as a nod to our aboriginal heritage. While we are at it, let’s add a photo pass room where you can have your picture taken on the Harbour Bridge or in front of the Sydney Opera House? Now, where are we able to put this little pavilion of Australia? Well, against my better judgment I will admit that my first thought was to replace the American Pavillion as, let’s face it guys, we are in America. But, I can imagine how unpopular this would be so I shifted my interest to Canada. Come on, I mean if we are in the USA, Canada is literally like, just up there a bit. Do we need both? Okay, okay, I see where this is going. Scrap that; they can both stay. New plan. How about this little area of space between China and Germany? It could be built backward away from the entrance to give it more space behind the neighboring pavilions. You could also utilize that little waterway in the Australian theming somehow.

Think about it, this is definitely doable and would make a great addition to Drinking Around the World at Epcot, if nothing else.

Currently, there are no plans for any Australian pavilion and this is all conjecture; however, since this is inevitable (being the best idea ever) there is one thing I want to make clear now, ahead of time:

Don’t go getting any ideas New Zealand, get your own pavilion with your kiwi fruit and kiwi birds and random jumping off stuff. Keep it over there — this one is ours!