An Ode to Cosmic Rewind: My Favorite Disney World Attraction 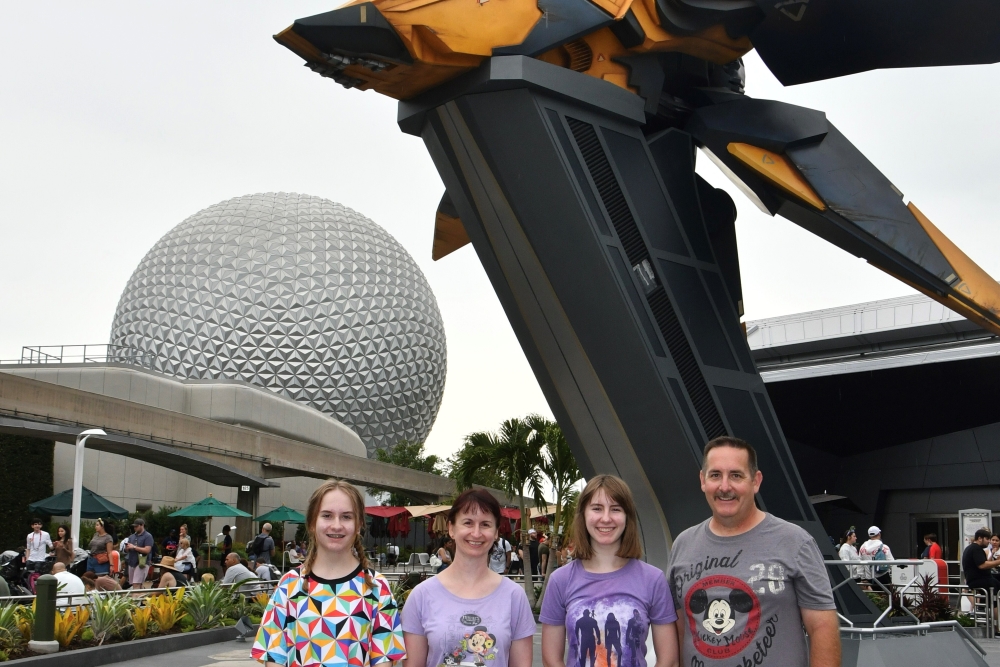 New Disney attractions have an uncanny power over us. They hypnotize us with groundbreaking innovation and masterful storytelling. We tout their grandeur and claim with gusto that no ride can surpass Disney’s newest immersive experience. I too have fallen victim to new attractions’ power of fascination. Although I’m not a Star Wars fan, I was impressed by Rise of the Resistance’s realistic sets. I’ve adored the cartoony charm of Mickey and Minnie’s Runaway Railway since I first experienced it. I hate to admit these attractions have lost a touch of their glimmer. However, Guardians of the Galaxy: Cosmic Rewind is something else entirely; it boasts a timeless thrill.

This article includes slight spoilers, so please read at your own risk.

Ever since Disney World’s first Marvel-themed attraction was announced, I was elated. I couldn’t wait to experience my favorite superhero stories in a tangible way. However, as details about this coaster emerged, I became anxious. I worried the backwards launch would make me queasy. I desperately wanted to enjoy Cosmic Rewind, but I feared it would become a sister to Mission: SPACE in motion sickness.

On our last trip, armed with anti-nausea medication, my family and I entered the breathtaking Wonders of Xandar Pavilion, stepping into the planetarium, spectacular in its sheer size. This impressive queue did not only ferry us to the ride vehicle, it also taught us about our neighbors from the Andromeda Galaxy and made us laugh with comical interviews from our favorite ragtag band of heroes.

Before we launched into our interstellar adventure, we were ushered through a pre-show. There are a few practical effects that elevate the pre-show from an extension of the queue to an integral, exciting part of the story, so I won’t spoil the surprise.

Finally, we boarded the coaster. As we sailed into the cosmos, I clutched the lap bar, praying I wouldn’t need a barf bag, but when Gamora murmured “I think we’re going back” and I Ran began to play as we hurtled back in time, I felt exhilarated. I whooped and hollered as we careened through the stars, dancing along to the music. When the vehicle stopped at the unloading area, my family and I cheered, and even after strolling back into World Discovery, I couldn’t stop smiling. I was speechless. Cosmic Rewind had blown my mind. Each time I’ve ridden Cosmic Rewind, I’ve felt that same euphoria, a claim I cannot make for any other attraction.

I needn’t have worried about motion sickness because this coaster is incredibly smooth. However, if you are prone to queasiness after roller coasters and spinning attractions, keep these tips in mind.

The genius of Cosmic Rewind is the soundtrack. Like the Guardians of the Galaxy films, the coaster is dependent on its rocking, retro songs to provide a backdrop for the galactic action. The randomized playlist ensures a unique experience for each song, making it easy to enjoy this coaster repeatedly without tiring of its magic. Our first two experiences we rocketed through the stars to Flock of Seagulls’ I Ran, which creates a contagiously exciting ride. On our third rewind, we heard Everybody Wants to Rule the World by Tears for Fears. This song is not as high-energy as I Ran, allowing me to focus on the dialogue and action. Each song adds an extra layer of immersion and thrill that makes Cosmic Rewind unforgettable.

Cosmic Rewind is not just a ride. It is a euphoric experience, one that is uniquely Disney. Unlike most roller coasters, Cosmic Rewind’s charisma is more than a temporary rush of adrenaline that dissipates after stepping on solid ground. Even weeks after returning home, I still dream of whirling through space with the Guardians. I admit I am under Cosmic Rewind’s spell, but after its newness wears off, I’m confident this attraction will retain its musical allure and cosmic thrill that pulls me to experience this adventure anew. Now if only I could find a jump point from my home to Cosmic Rewind…