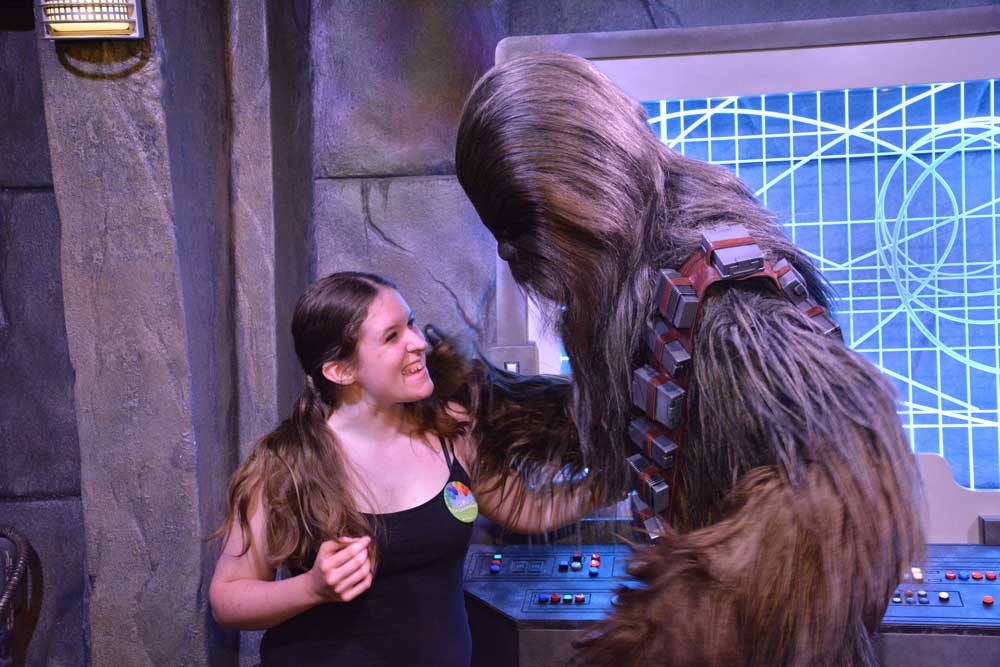 Back in Spring of 2013, I had the time of my life living in and working for Walt Disney World during my Disney College Program. Okay, so I didn’t actually live at the parks, but I might as well have since I spent almost all of my time there for the four months of my program. And between those four months and the two vacations I’ve taken there, one as a kid and one with my Goddaughter, I have so many memories that I could talk about Disney for hours. But for now let’s take a trip back down Memory Lane…

Knowing my Family’s Favorite Attractions
One of the best things I associate with Walt Disney World are my maternal grandparents. My first Disney vacation was with them, my mom, my sister, my aunt, my uncle, and my cousin. The memories of that trip are some of the best I’ve ever had, and now that my grandparents are no longer with us, I treasure them even more. Fortunately, my Disney College Program (which I’m going to shorten to DCP for the rest of this) helped to jog a lot of memories I hadn’t even realized I had forgotten. Like when my grandma brought my sister and I on the monorail for the first time and we were amazed. Or how much she loved riding on Living With the Land in EPCOT because of her love of gardening and nature.

I feel lucky that I’m able to hold onto those precious memories, but even luckier that I got to share them with my Goddaughter when I brought her for her first Disney vacation. These memories helped me realize the importance of connection with the people we love and care for and the joy of having something to pass along to the next generation.

Meeting Characters as an Adult (or a “Grown Child” Like my Sister Calls Me)
I feel like some people who haven’t been to a Disney park might have the misconception that the characters are there purely for the kids, and that going to meet them as an adult would be “weird” or “awkward.” But as someone who would spend entire days of my DCP going to the parks and meeting characters (I was 23 at the time), I can tell you that’s a completely incorrect assumption. Meeting characters at a Disney park or another Disney property isn’t like taking your kids to the local mall to meet Santa or the Easter Bunny.

When you’re in Disney and meeting a character, you’re meeting the literal embodiment of that character, not a stranger in a costume. I still enjoy talking about how Snow White and Aurora both asked me what “kingdom” I had traveled from and how they hoped I “gave my horses extra carrots after the long journey.” Or how Belle autographed a special bookmark as a gift for the person who helped me get into the DCP (thank you again, Giulia, I still owe you big time for that!). Or how Chewbacca played with my and my Goddaughter’s hair to make us look more like Wookies. These experiences made me realize that it’s okay to let the “inner child” come out and just believe in something. That sometimes playing along and humoring others, and sometimes yourself, is way more fun.

Trying New Things
“You tried things I wouldn’t try.” I never would have thought my sister would say that to me when talking about food. But after trying things like pâté, asparagus, and frushi, she couldn’t really ignore that I had grown more adventurous…at least with food.

Though it wasn’t just food. I had many new experiences when I was on my DCP, including dancing in one of the shows at Animal Kingdom. I don’t think we had even been there for a week when my roommates and I decided to go to Animal Kingdom together, and partway through the day we stopped to watch some of the dancers. Suddenly, one by one, we were pulled in to learn the dance ourselves!

I never would have done something like that before my DCP, but Disney gave me a new sense of bravery. I only have two pictures of that…and, unfortunately, I look miserable in both of them, but I swear I had fun! That’s just my “focused face.” I learned that trying new things is way better than wondering “what if?” and I’ve tried my best to keep that courage.

Socializing in Lines, on Attractions, and in Stores
Now if you’re an introvert or shy or anything else like that, I promise I’m not telling you to dive into the deep end and talk to any random person you meet. I just happen to thrive when I’m talking to just about anyone who will listen, so I naturally ended up in a lot of conversations with park guests. I still remember the two little girls for whom I did a few magic tricks as we waited to meet some characters, both of whom autographed my book (I don’t know if either of you will see this article or remember me at all, but I hope you’re both doing well and keeping the Disney Magic alive). And the time a couple of kids and I “monorail surfed,” which just means we stood up and weren’t holding anything as the monorail moved. And I know my Goddaughter is still thankful for the princess autograph pen that a kind cast member traded her.

I have so many of these kinds of memories, I unfortunately can’t list them all here. But every single one of them taught and reminds me of the inherent kindness that we’re all capable of. That opening your heart to others can lead to some beautiful moments.

“Solo Adventures”
Spending time by myself in the parks was actually pretty fun. I got to use Single Rider Lines and do whatever I wanted whenever I wanted to do it. But even more than the sense of freedom that offered, I enjoyed the sense of peace. During this past year of social distancing and a “new normal,” I’ve thought back on a lot of the simpler moments of my DCP, as well as some of my other travels since.

There were many days when, after getting out of work and going back to my apartment, I would hop on the bus to Downtown Disney (now Disney Springs), buy myself a drink and a snack, and just wander around and enjoy my surroundings. As wonderful as the attractions, the shows, and the magic of it all are, it’s a lot of these little moments I miss the most. That sense of peace that those moments brought me despite how busy my surroundings were.

It was then that I felt like I belonged to something significantly bigger than myself and it gave me a sense of connection with the people around me. I’ve since taken that particular lesson with me on four separate trips to Toronto, where I frequented a convention from 2015 to 2018. During those trips, I’ve occasionally ventured out into the city (safely, of course) and gotten myself some food before or after the convention or visited a landmark and managed to speak with some of the locals, make new friends, and even blend in like a local at times. And I got that sense of connection again, to the people and the city.

As I said before, I could go on for hours about Disney and the stories, memories, and lessons it’s given me. But I feel like these were some of the most important. I encourage people to find their own life lessons in their Disney memories, whether they’re from the parks, the movies, or anything else related to Disney. I’m sure they’ll be just as wonderful and important.

Featured image caption: I had meant to Disney Bound as a Sith Lord that day, but Chewbacca warmed my Dark Side heart. I made sure to stare down Kylo Ren as my Goddaughter clung to my arm when we met him, though.