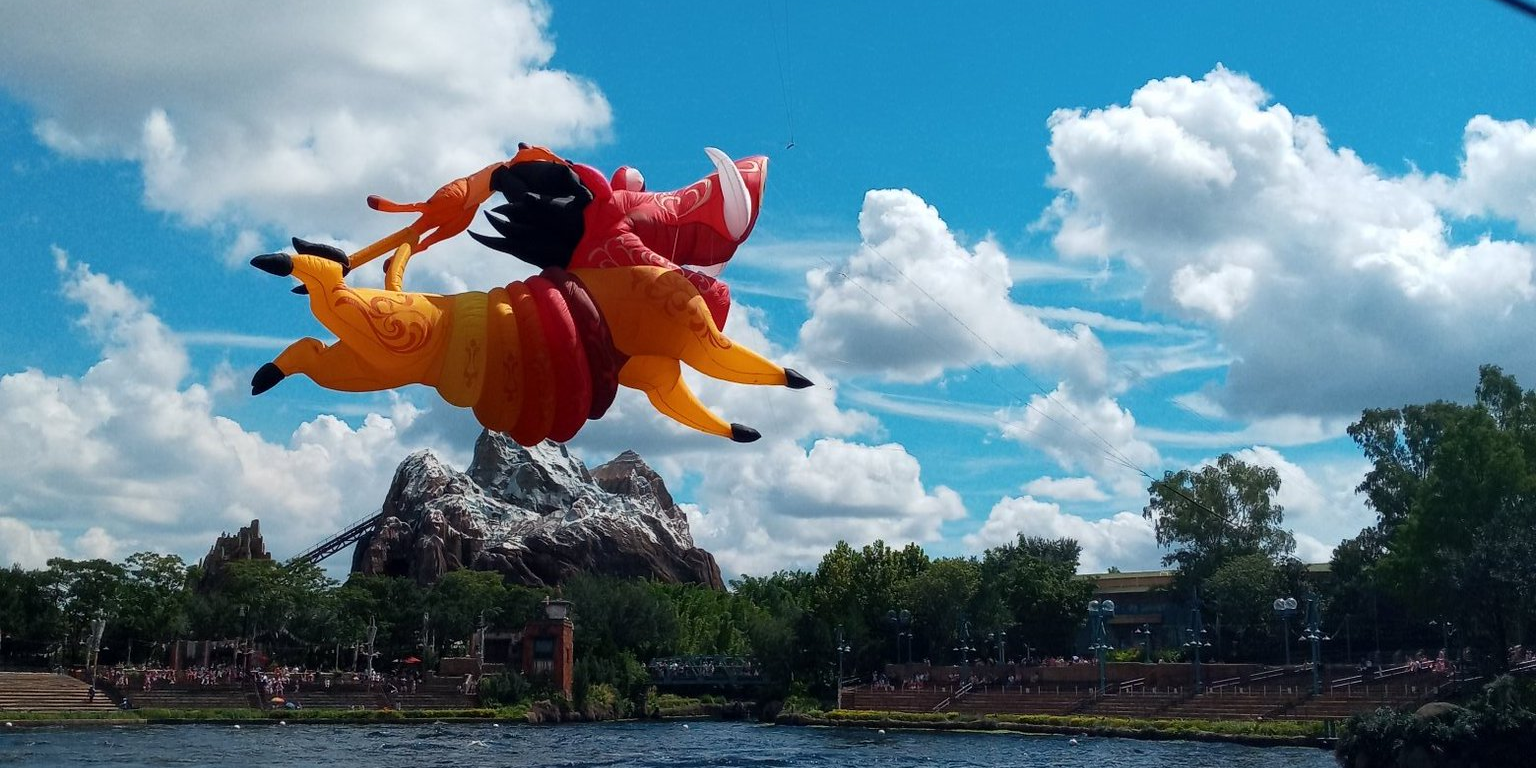 When the ear-idescence was sprinkled over Walt Disney World for its golden anniversary, the festivities came with a makeover for Cinderella Castle in Magic Kingdom, brand new nighttime firework shows across the parks, and some extra special limited-time shows.

Disney KiteTails launched on WDW’s anniversary at Animal Kingdom and featured a unique combination of some classic animal characters soaring through the sky to classic tunes.

For the last year, KiteTails has looked arguably different from the show’s concept art and was met with mixed reviews from guests. Nevertheless, loveable characters like Simba, Zazu, Baloo, and King Louis came to life in the sky above the Discovery River Lagoon several times a day during the world’s most magical celebration.

But much like Wishes, Spectromagic, and as of late, Fantasmic, all good things must come to an end, so let’s look back on Disney’s KiteTails before they take their final flight on September 30, 2022.

KiteTails started off with two unique 10-minute shows that ran throughout the day – one starring The Lion King and the other starring The Jungle Book – and featured not only kites and songs but several cast members dancing along on land with smaller kites and props. But as time went on and the show’s popularity dwindled, so did the quality, becoming mere-minutes-long shows of only the major character kites flying in circles to music.

On my most recent trip to WDW – my first since the 50th anniversary – my sole reason for trekking to Animal Kingdom was to catch this show for the first and last time. I spent about two hours in the park and saw two showings within an hour. The only one I missed was Mufasa and Zazu flying to “Circle of Life.”

After grabbing lunch at Flame Tree Barbecue, a cast member suggested I take my food down to the tables overlooking Discovery River Lagoon for a perfect viewing of the next showings.

I had just missed Mufasa and Zazu by the time I sat down at a table right by the railings, but the next 15 minutes flew by, and before I knew it, I could see some cast members getting Simba ready to soar. It turned out this location was right by one of the docks where they prepare for the show and is where you’ll see a character fly right by up close and personal as the show begins!

The first show I saw was set to The Lion King and starred Simba, who amazed all of us, watching as his bright colors shone before us as he entered the sky, flying around to his anthem, “Just Can’t Wait To Be King.” Simba was later joined by Zazu and Timone, and Pumbaa as they flew past each other to “Hakuna Matata.”

But the show’s ending will either have the adults chuckling or leave your 5-year-old traumatized. They warn you before the show starts that you’ll see the kites both take off and land in designated landing spots, but it turns out lions and warthogs can’t quite stick a landing.

When the show ends, the cast members will gently land the kites, forcing the characters to either splash in the water or crash onto the ground in a less-than-magical finale.

The next showing I saw was on my walk to Dinoland when I spotted a big, blue Baloo flying over the lagoon to “Bare Necessities,” later joined by a vibrant, orange King Louis while “I Wanna Be Like You” played.

I’d call KiteTails a fun little surprise to spot throughout your day at Animal Kingdom with an anticlimactic ending.

Did you get to see KiteTails’ short-lived run at Animal Kingdom? What did you think? 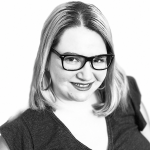